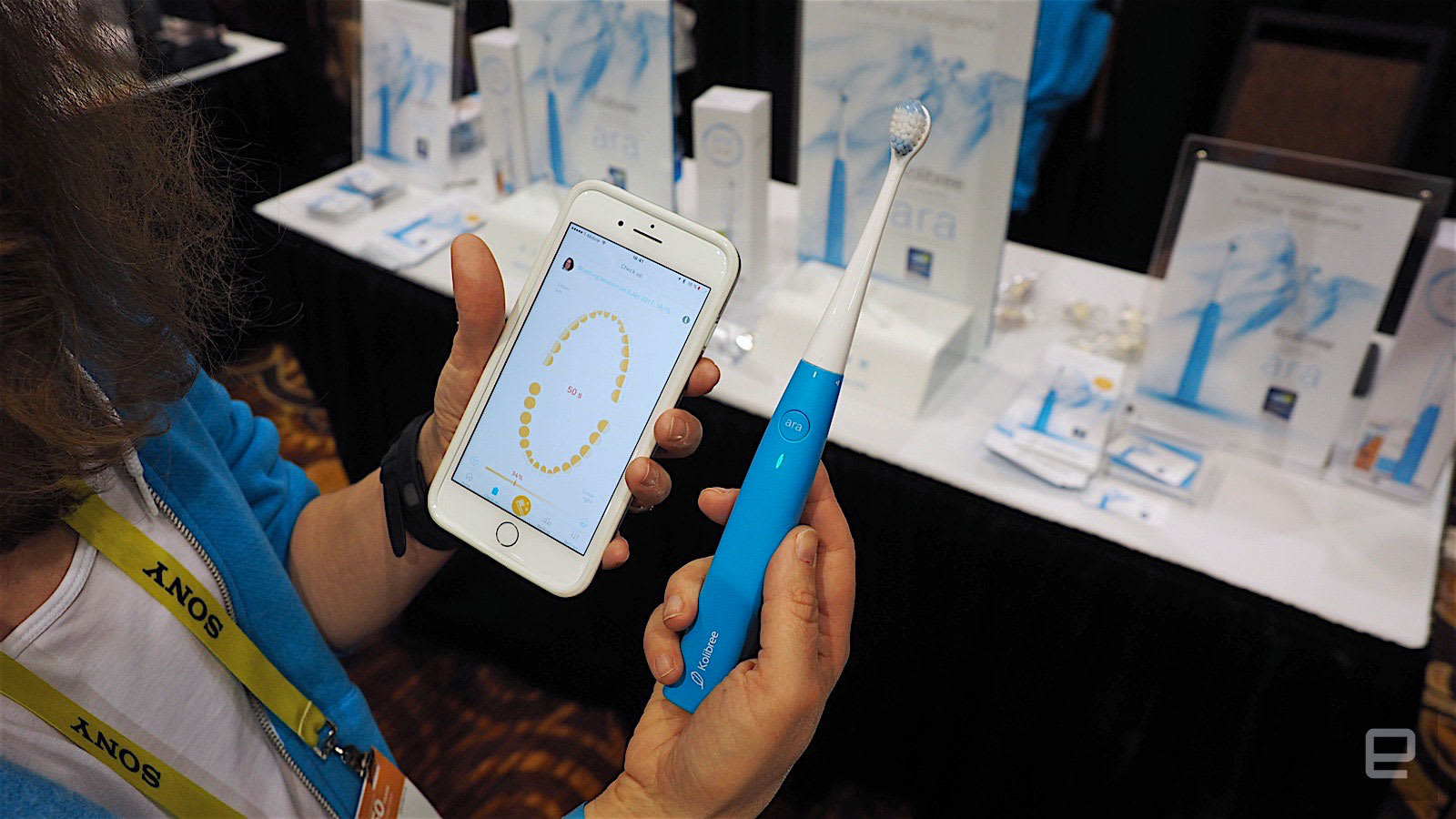 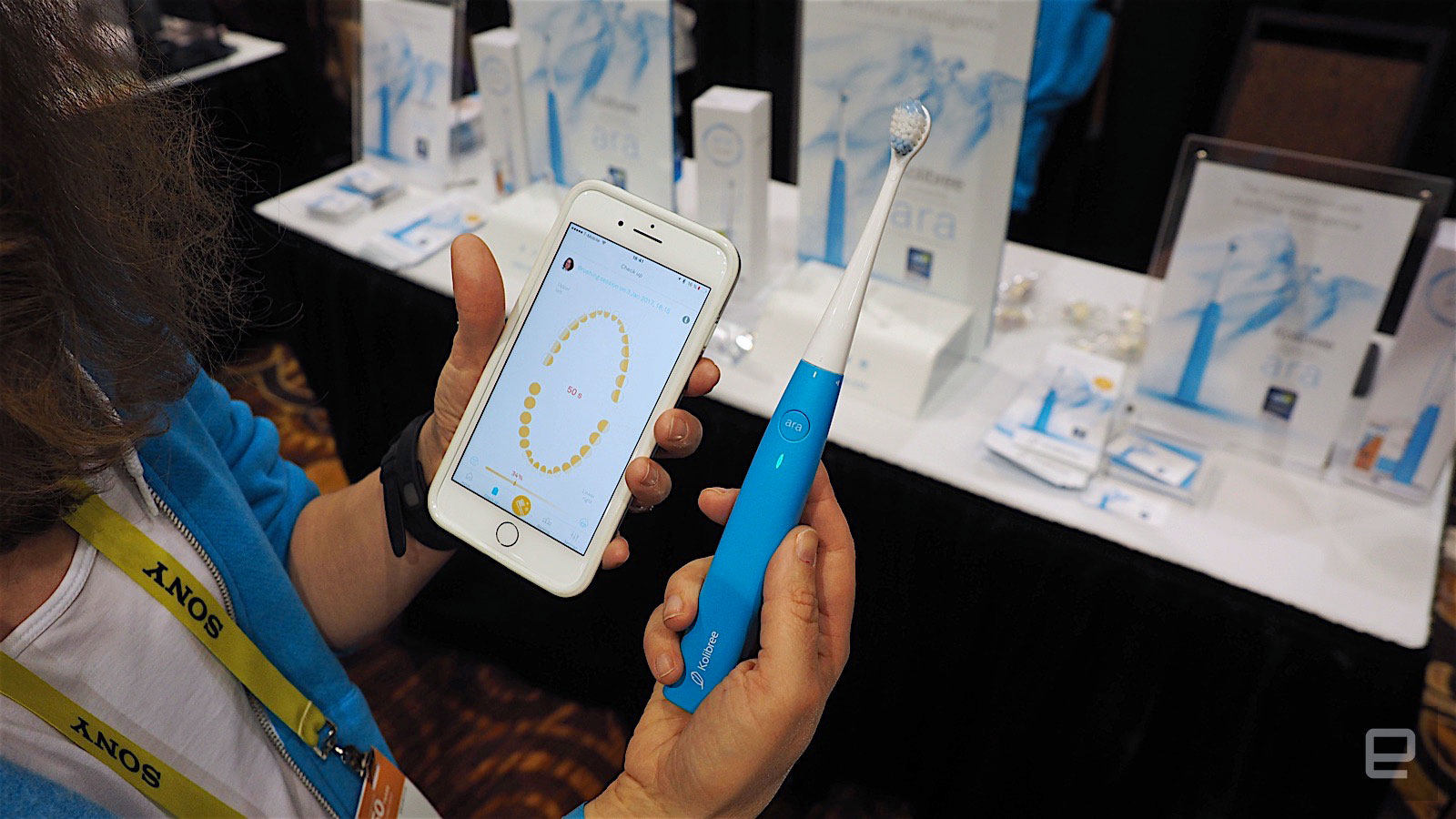 Be honest, you probably don't brush your teeth quite as often or as thoroughly as your dentist recommends. But that's OK: With the Kolibree Ara AI-enabled smart toothbrush, you can keep up with your daily dental routine and know exactly where you've missed.

The Ara uses a suite of 3D motion sensors -- including accelerometers, gyroscopes and even a magnetometer -- to track which parts of your mouth are getting cleaned and which are not. This data is then transmitted back to your smartphone's Kolibree app via a Bluetooth 4.0 connection. Even if you aren't online or can't sync the brush and phone, the Ara's onboard memory will record the date, time duration and areas that you've cleaned until you can. After every session, the Kolibree app will display a readout of which spots you've sufficiently scrubbed. The system will also email you a weekly report to the same effect.

The Ara joins an increasingly crowded market of smart toothbrushes. Since 2014, at least half a dozen similar such devices have made it to store shelves. A startup called Prophix released an app-assisted smart brush last year that filmed the inside of your mouth. It closely resembled the Oral-B Genius, which coincidentally also features 3D motion sensors. Heck, a smart toothbrush even won the Intel-backed America's Greatest Makers reality show contest.

The Ara is available for both iOS and Android. It will retail for $130 when it goes on sale in March but until then it can be pre-ordered from the Kolibree website at a discounted price of $80.

In this article: 3D, Android, ara, Bluetooth, ces2017, dental, dental health, gear, home, iOS, iot, kolibree, medicine, smart, toothbrush
All products recommended by Engadget are selected by our editorial team, independent of our parent company. Some of our stories include affiliate links. If you buy something through one of these links, we may earn an affiliate commission.