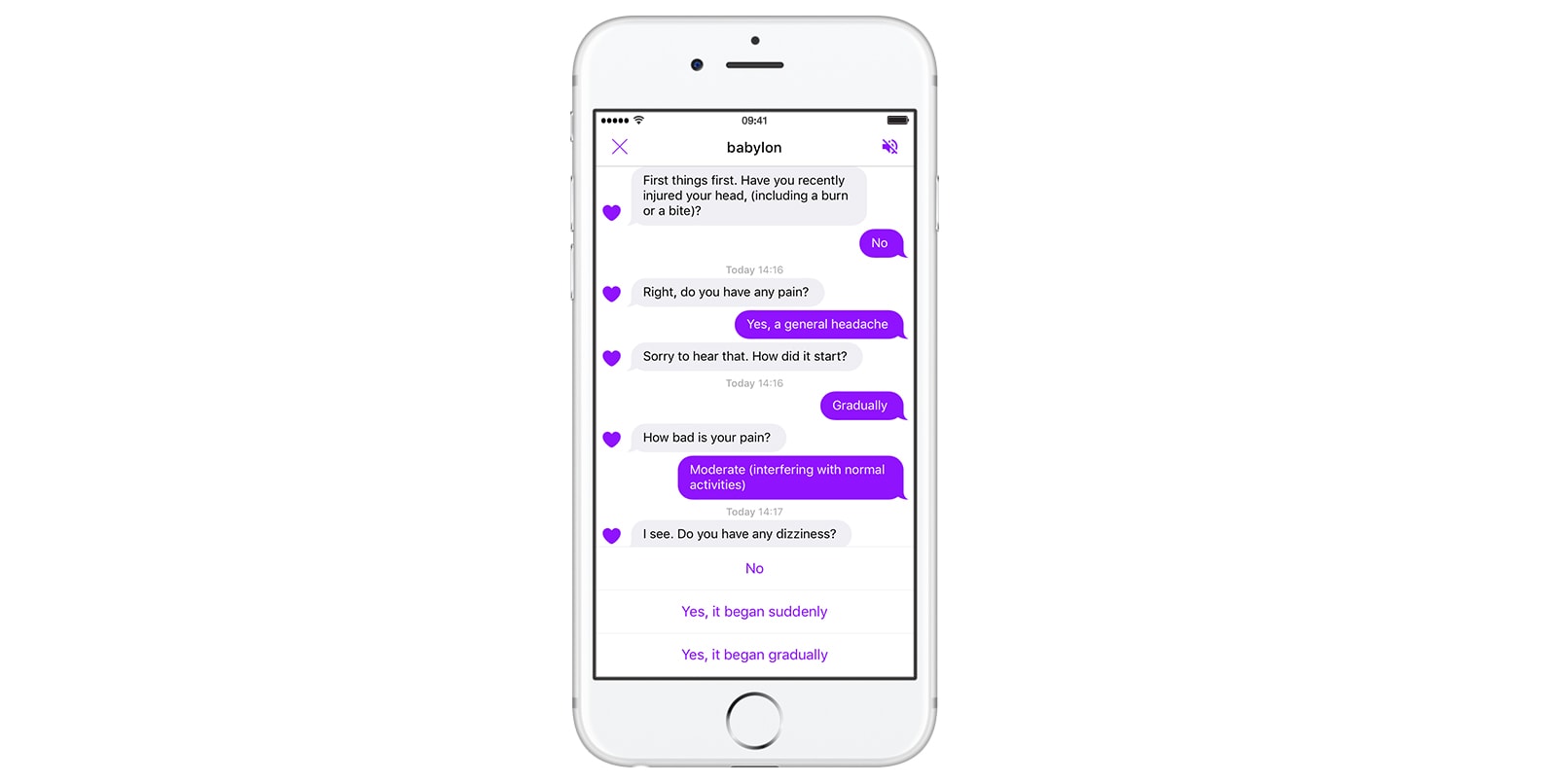 The UK's National Health Service (NHS) is to begin trialing a chatbot app for dispensing medical advice, with the aim of reducing the burden on its 111 non-emergency helpline. The 111 service went live in 2013, and serves as the first port of call for urgent advice in cases where it's likely overkill to scream for an ambulance right away -- if you've misread a prescription and taken more pills than you should've, for example. The AI-powered app could become another alternative, questioning users about their medical matter and symptoms before suggesting the best course of action.

The NHS is developing the app with Babylon Health, one of the new breed of paid, doctor on-demand services. It's actually being adapted from Babylon's existing mobile app, which features a chatbot-like symptom questionnaire users interact with before being connected with a general practitioner (GP) via video call. The app isn't being designed to replace the 111 helpline -- call handlers have the added abilities of booking out-of-hours doctor appointments and dispatching ambulances -- but to dispense advice all the same.

The six-month trial will begin at the end of January and will initially be open to over a million people in the North London area. Whether it becomes a nationwide service will depend on engagement figures, user experience and its impact on GP and hospital accident and emergency visits, the NHS told the Financial Times.

Trusting a chatbot with your wellbeing may seem like a scary prospect, not the mention questions around liability. But Babylon claims that its "AI technology can process billions of symptom combinations much faster and more accurately than the human brain." Also, the fact is most 111 workers aren't medical professionals, and simply take callers through a pathway of questioning that ends in semi-scripted advice.

And just because 111 lets you speak to a talk to an actual human doesn't necessarily make it more reliable. As The Telegraph notes, the 111 service has drawn serious criticism for letting calls go unanswered, failing to identify serious conditions, offering inappropriate advice and contributing to an increase in accident and emergency admissions.

Via: The Telegraph
Coverage: Financial Times, Wired, Babylon Health (PDF)
In this article: ai, ArtificialIntelligence, babylonhealth, chatbot, culture, healthcare, medicine, mobile, NationalHealthService, nhs
All products recommended by Engadget are selected by our editorial team, independent of our parent company. Some of our stories include affiliate links. If you buy something through one of these links, we may earn an affiliate commission.