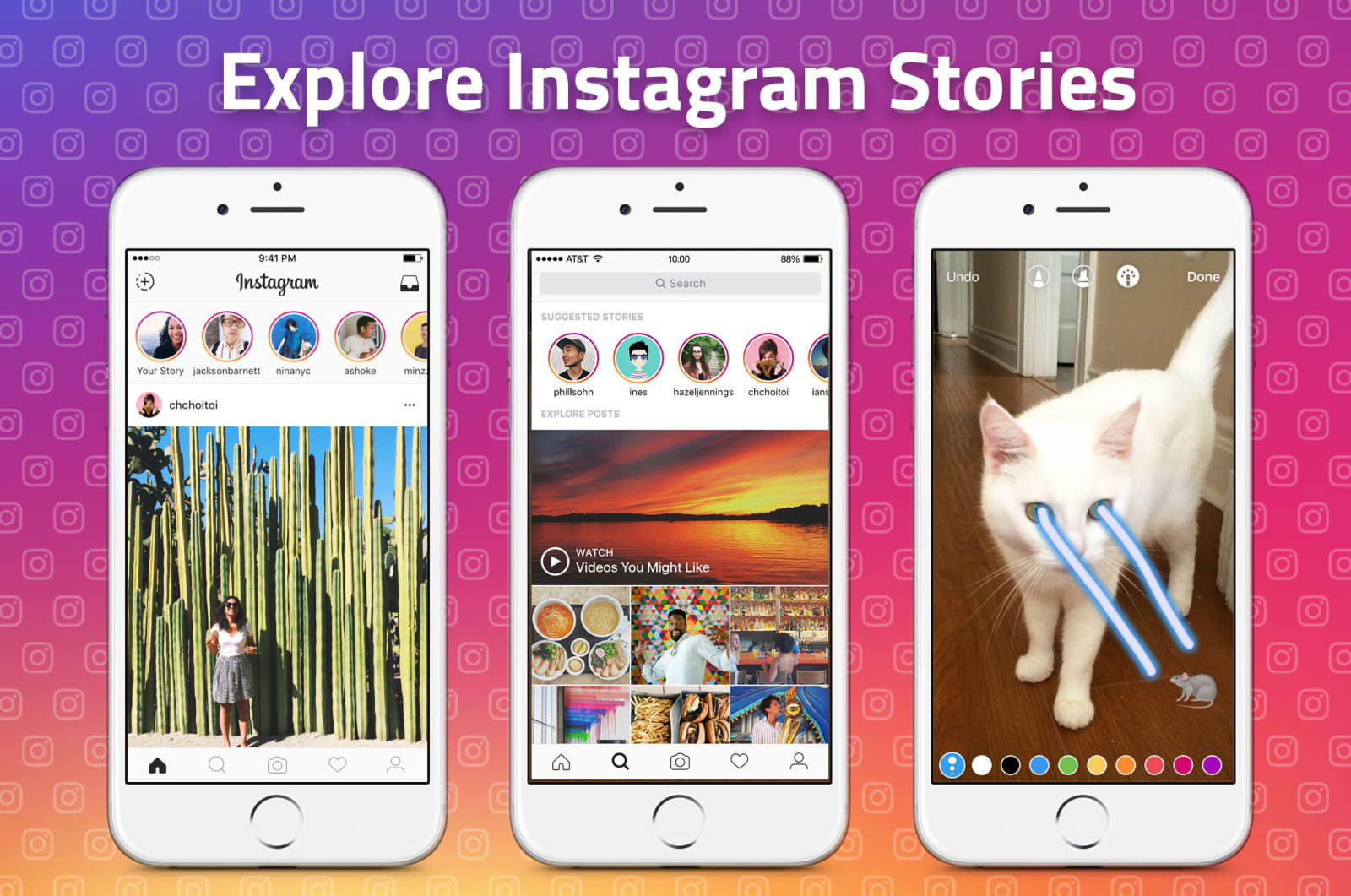 Instagram shamelessly copied Snapchat last summer by introducing its own "Stories" feature, which lets users make bitesized, ephemeral scrapbooks of images and video. Since the launch, Instagram has added new ways to jazz up these Stories, as well as bringing live streaming into the mix. But it's time for the social network to pull another Snapchat move. Instagram has announced today that adverts are coming to Stories, because what's the point of having a neat feature over 150 million people use daily if you can't monetize it?

As The Telegraph describes, the implementation isn't as bad as it could be. The 5-second photo and 15-second video adverts will be skippable, and clearly labelled as sponsored content, just like the ads that already pervade your regular activity feed. They will also only appear between stories, so as not to ruin the flow of your friend's 20-part epic documenting another mundane day at the office.

Instagram has signed up over 30 brands including Airbnb, Nike and Netflix to participate in the initial rollout, which is happening globally over the next few weeks. At the same time, business accounts will start being able to see engagement stats (aka insights) for stories for the first time. The launch comes as no great surprise, and is yet another example of how the line between social networks and ad platforms is becoming ever more blurred.

It's a gray area Mark Zuckerberg knows extremely well, and a recent report suggests Facebook -- which owns Instagram, of course -- is planning another advertising push of its own. According to Recode sources, Facebook will soon begin testing mid-roll ads within certain videos on the site, mimicking one of YouTube's most annoying money-making schemes.

Via: The Telegraph
Source: Instagram
In this article: ads, advertising, culture, facebook, instagram, instagramstories, internet, mobile
All products recommended by Engadget are selected by our editorial team, independent of our parent company. Some of our stories include affiliate links. If you buy something through one of these links, we may earn an affiliate commission.