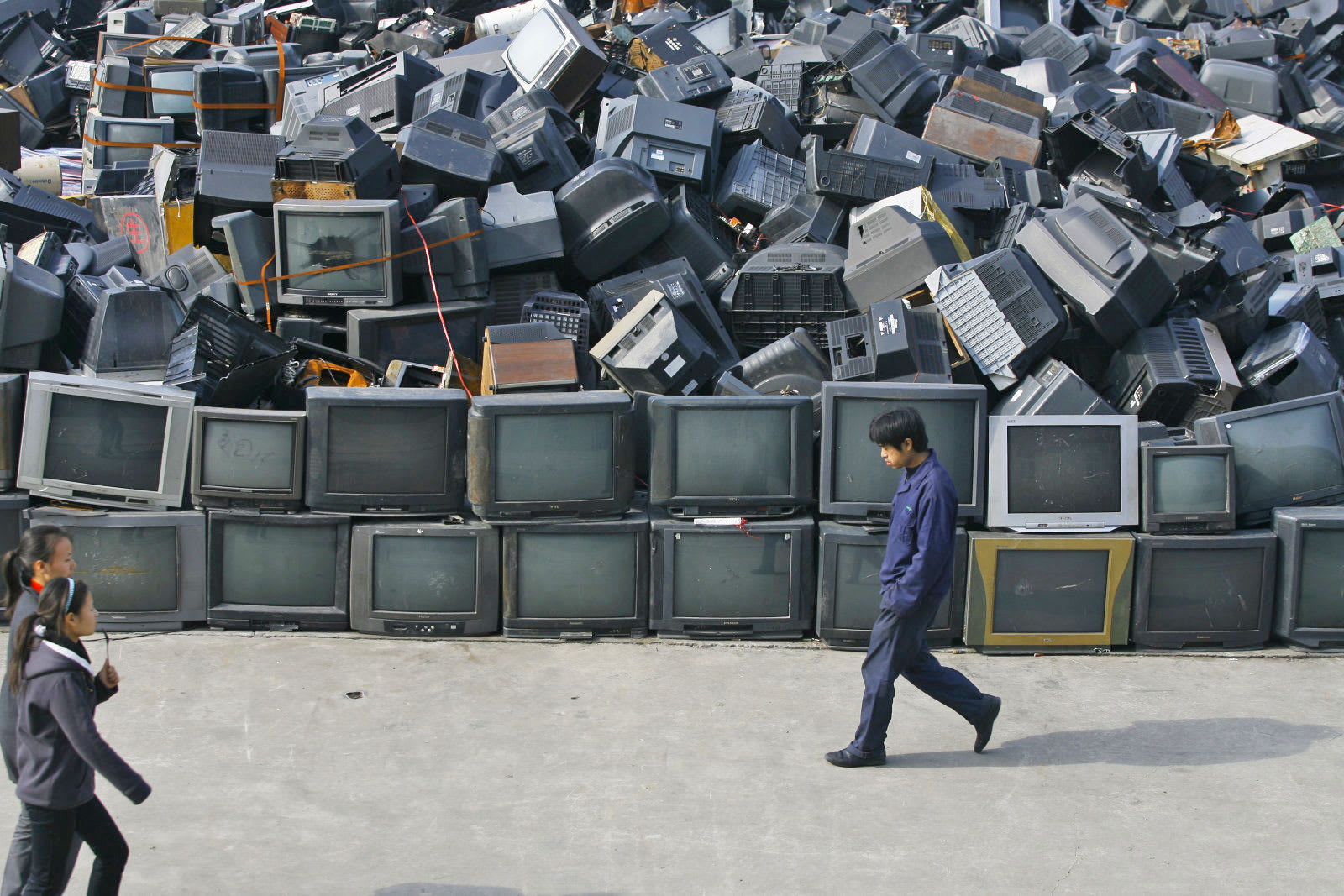 If you thought our throwaway gadget culture was already having a nasty effect on the environment, watch out... it's getting considerably worse. A United Nations University study has revealed that the volume of e-waste in East and Southeast Asia surged 63 percent between 2010 and 2015, reaching 12.3 million tonnes. Hong Kong, Singapore, Taiwan and mainland China were unsurprisingly the largest local generators. But why the rapid spike?

The report argues that social and technological progress are to blame. Some Asian countries (such as China) have rapidly burgeoning middle classes. That's great for quality of life, but it also leads to more people buying gadgets that wind up in landfills. The proliferation of new technologies like tablets and wearables doesn't help, either. And when it's both easier to import products yet harder to stick with them for long periods, it shouldn't be surprising that there's a lot more junk.

The UN's findings suggest that the lack of education and motivation doesn't help, either. Many people don't realize that they shouldn't just chuck their devices in the trash, and those that do frequently don't have strong incentives to properly dispose of their goods properly. Why take your phone in for recycling if locations are few and far between, or if it'll cost you a significant amount of time and effort? To make matters worse, governments sometimes don't either have adequate e-waste laws or have trouble enforcing them.

There are some lights piercing through the darkness in this study. Japan, South Korea and Taiwan do relatively good jobs of managing e-waste. Other countries, such as China, Malaysia, the Philippines and Vietnam also established their e-waste laws relatively recently -- they may fare better as their legal systems and public awareness levels get up to speed. On the whole, though, the situation is likely to get worse before it gets better.

Via: CNN
Source: United Nations University
In this article: asia, culture, e-waste, environment, gadgetry, gadgets, gear, green, un, unitednations, unitednationsuniversity, waste
All products recommended by Engadget are selected by our editorial team, independent of our parent company. Some of our stories include affiliate links. If you buy something through one of these links, we may earn an affiliate commission.