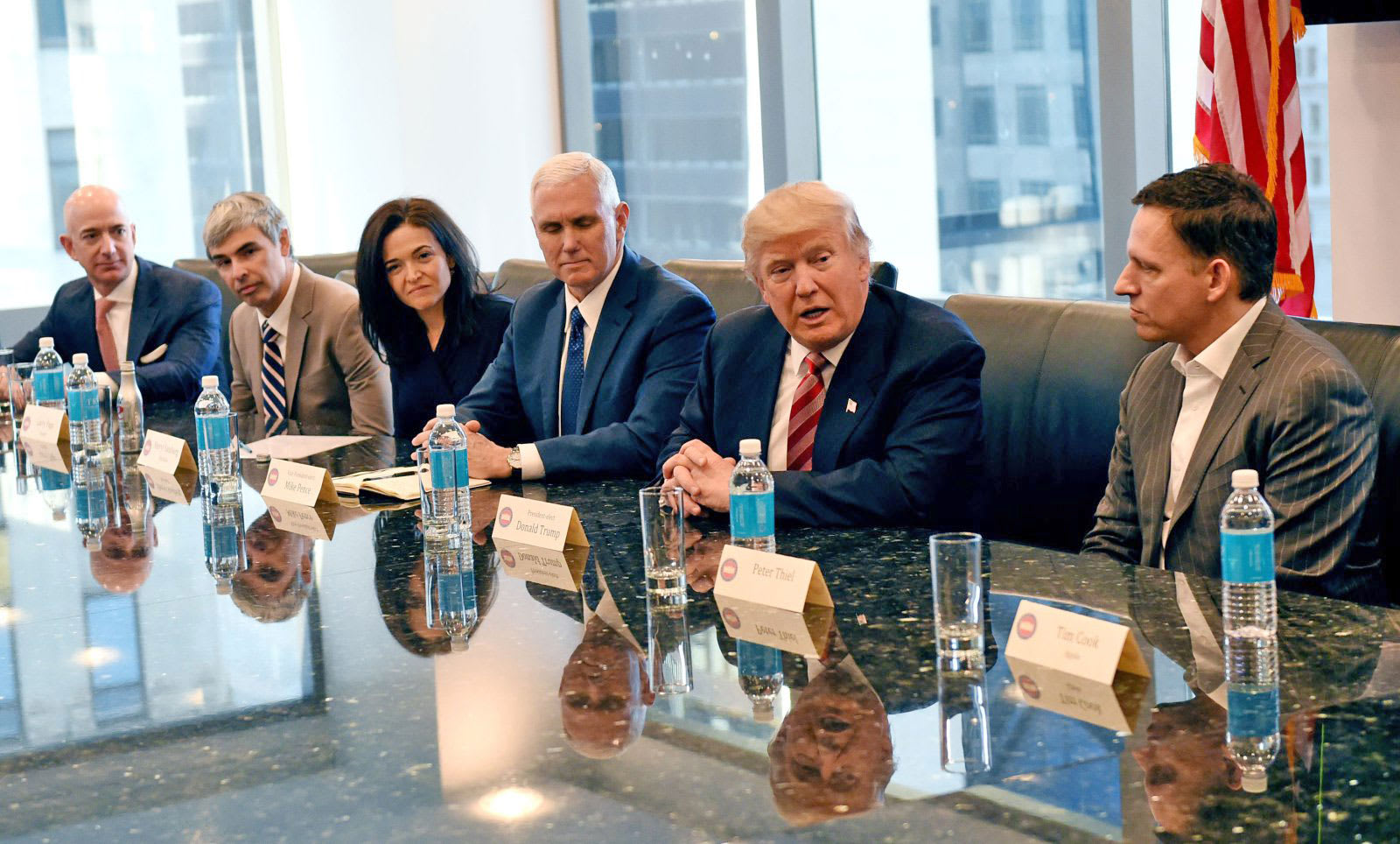 More tech leaders have voiced opposition to Trump's immigration policy, including Amazon CEO Jeff Bezos, who attended the President's tech summit just a month ago. Bezos said that Amazon has contacted congressional leaders, reached out to the new administration, and is backing state government in a lawsuit. "Our legal team has prepared a declaration of support for the Washington State attorney general who will be filing suit against the order," Bezos wrote in an employee email. "We are working other legal options as well."

Other leaders have also come out strongly against the suit, including Insomniac Games CEO Ted Price, Evernote's Chris O'Neill, and Reddit co-founder Alexis Ohanian. Ohanian's Reddit post inspired numerous emotional stories from users, many involving the flight of their parents or grandparents from oppressive regimes. Meanwhile, Y-Combinator partner Daniel Gross created a site called "Be In Great Company," with a list of both tech and non-tech companies opposed to the immigration order. Corporations on the list so far include Apple, Google, Microsoft, Amazon, Facebook and Ford.

Leaders have stood up in varying degrees to the order with some, like Lyft, making forceful statements and donating money to legal defense groups like the ACLU. Others, including Intel, Tesla and IBM have been more equivocating. Elon Musk said he would "seek advisory council and present to President," since there's "no possibility of retraction" by the administration.

That drew criticism on Twitter from users who think it's useless to negotiate with Trump, as it implies tacit support for an order many see as racist. Rather, they think tech leaders should make strong statements and get behind legal challenges to the order, as Bezos did. In any case companies, both tech and otherwise, will have to be wary of further executive orders. If they continue to anger large numbers of US consumers, it could lead to the expansion of boycotts and other corporate headaches.

Source: Be In Great Company
In this article: Amazon, culture, EntertainmentSoftwareAssociation, politics
All products recommended by Engadget are selected by our editorial team, independent of our parent company. Some of our stories include affiliate links. If you buy something through one of these links, we may earn an affiliate commission.