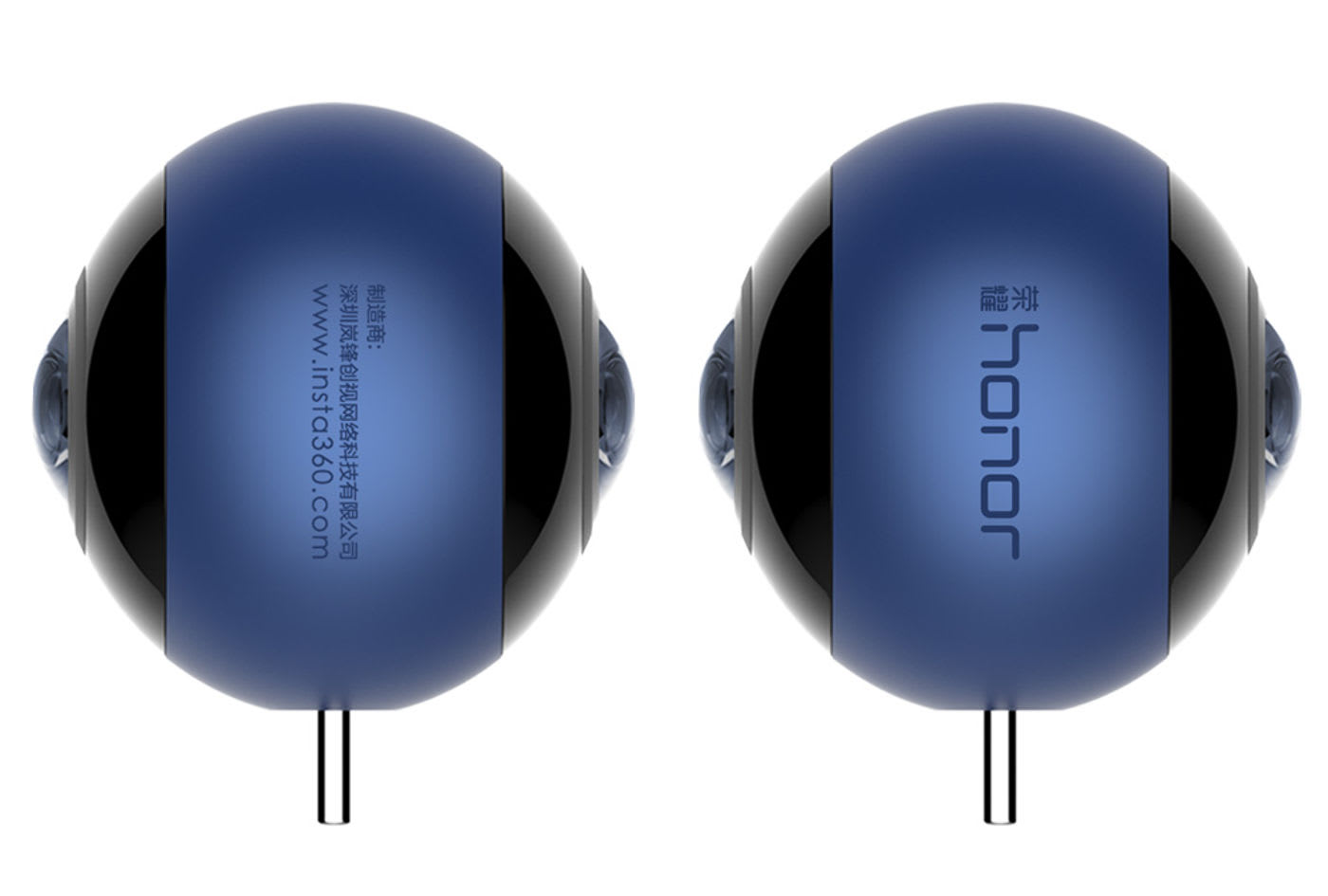 Huawei is joining the 360-degree camera war. The Chinese electronics company has revealed that it created a 360-degree clip-on for smartphones called Honor VR Camera in collaboration with Insta360 at an event in Beijing. Huawei is keeping its pricing and release date a secret, but it's obviously part of the company's online-focused line. The phonemaker also said the device is capable of 3K photography and seamless livestreaming. Plus, you can capture and share photos and videos as well as do livestreams through its companion app.

This might be Huawei's first 360-degree camera, but it's definitely not Insta360's first. It has other phone clip-ons that plug into a phone's micro-USB port on the market for both iOS and Android devices. Huawei's could have a similar quality and pricing, so expect to shell out roughly $200 or more. We're bound to learn the details in the near future: the company says the accessory will be available "soon" around the world. 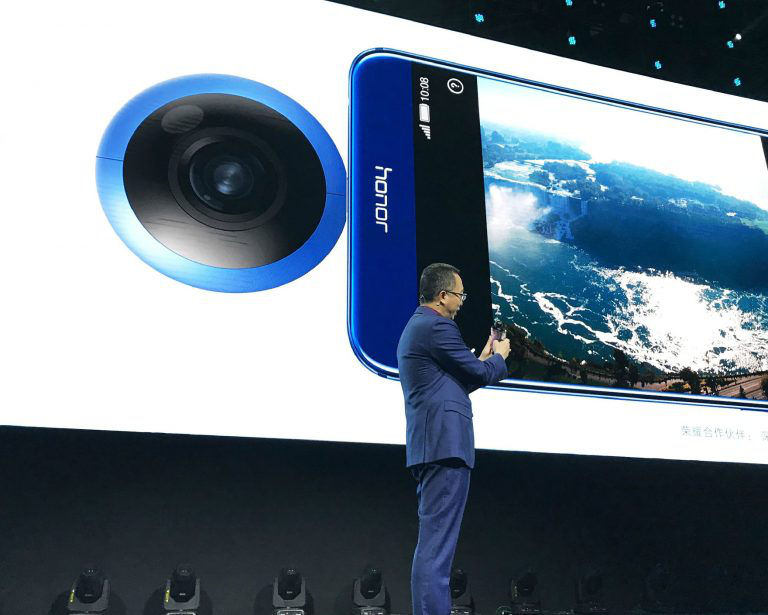 Update: An Honor spokesperson confirmed to Engadget that the 360 camera will only be available in China. The company says it's using the device to "explore" other product categories and get feedback from users. As of right now, it has no plans for an international release for the 360-degree VR camera. Here's the full explanation:

"The 360-degree VR camera for Honor V9 mentioned by several international media recently is one of many initiatives Honor takes to explore future technology and test market feedback. The product was developed in partnership, and it is only available in China. We do not have plans to launch the product in international markets."

Source: Insta360
In this article: 360camera, gear, honor, honorvrcamera, huawei, insta360, mobile
All products recommended by Engadget are selected by our editorial team, independent of our parent company. Some of our stories include affiliate links. If you buy something through one of these links, we may earn an affiliate commission.