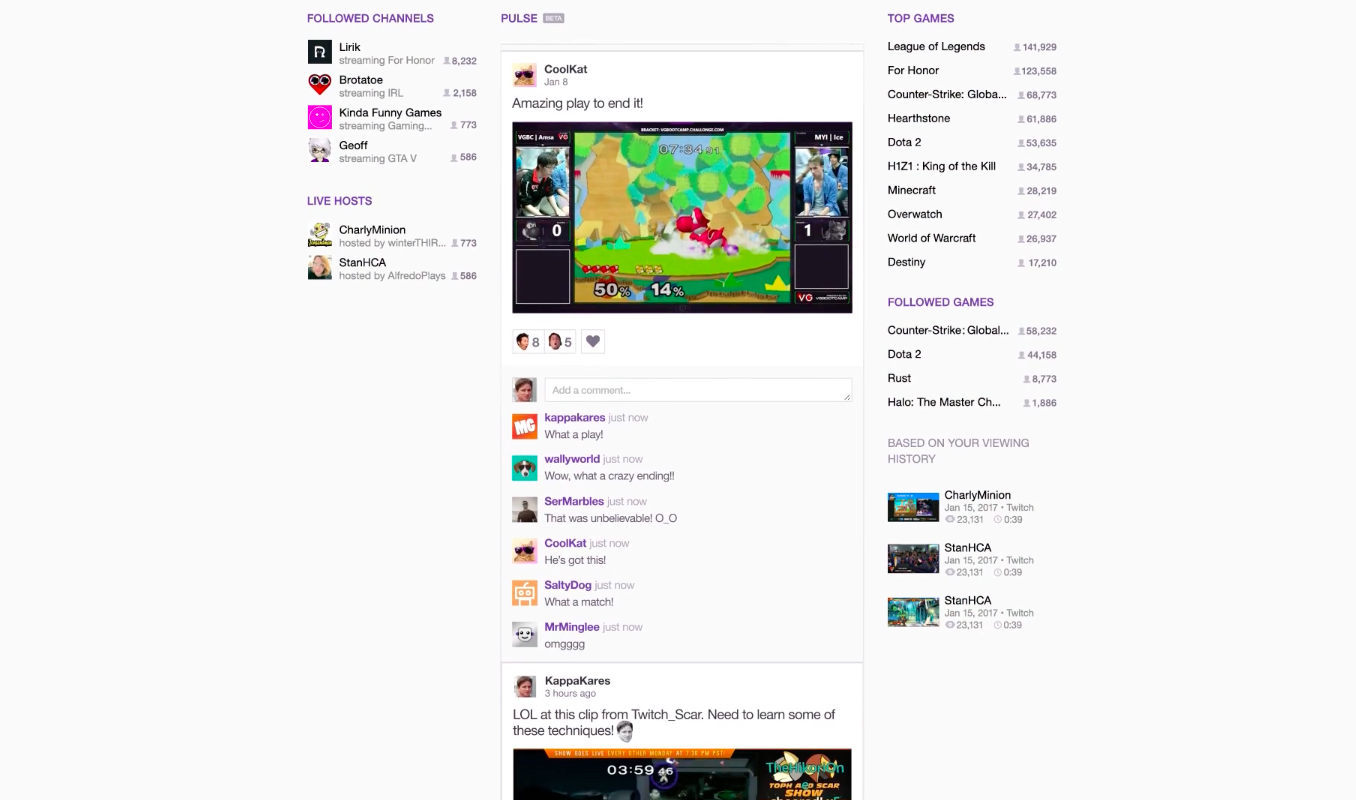 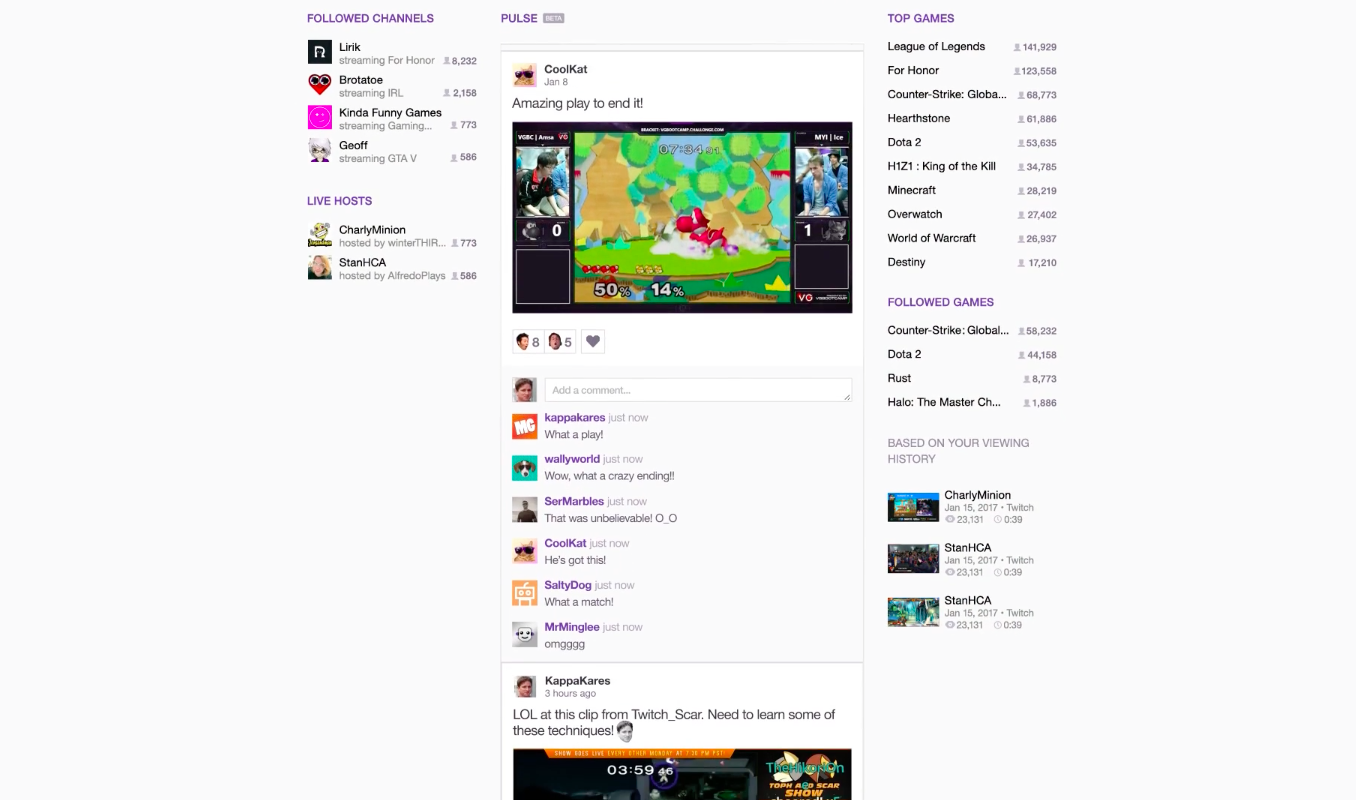 Twitch is starting to look a lot like Facebook or Twitter. Following the addition of private messaging and live update tools, today Twitch unveiled Pulse, the next step in the site's transformation into a full-on social networking service. Pulse allows Twitch streamers and users to post updates that show up on one newsfeed-style page, including stream clips, YouTube videos, links, photos and written messages.

Pulse builds off of the Channel Feed feature that Twitch rolled out in beta form in March, allowing streamers to post updates to their own pages. Pulse collects these messages in one spot, so fans don't have to visit specific pages to see a curated feed of all the latest streaming news. Channel Feed will officially roll out to all streamers in mid-March.

Most folks signed into Twitch should see the new Pulse feed on the front page starting today, though the service will take a few weeks to show up on every user's account. Streamers can post updates via the Broadcaster Dashboard or Channel Feed, while viewers can react and post messages themselves directly from the Pulse front page. Of course, editors and moderators are able to delete posts and comments made on their channels.

At first, all posts will appear on the front page in chronological order, though Twitch says it's working to organize the Pulse feed according to relevance.

"Our goal is to connect viewers with the content that they're most likely interested in," Twitch says. "Going forward, we will be working to determine the best way of surfacing posts to do just that."

Facebook isn't the only service that Twitch is emulating recently -- it's also taking a few lessons from Steam. This spring, Twitch plans to launch its own video game marketplace, allowing viewers to buy certain games directly from their favorite streamer's video. Twitch says "dozens" of games will participate in the store's launch, including titles from Telltale Games, Ubisoft, Digital Extremes, Hi-Rez Studios, tinyBuild and Paradox Interactive.

Source: Twitch
In this article: amazon, av, gaming, internet, live, Livestream, personal computing, personalcomputing, SocialNetworking, twitch
All products recommended by Engadget are selected by our editorial team, independent of our parent company. Some of our stories include affiliate links. If you buy something through one of these links, we may earn an affiliate commission.