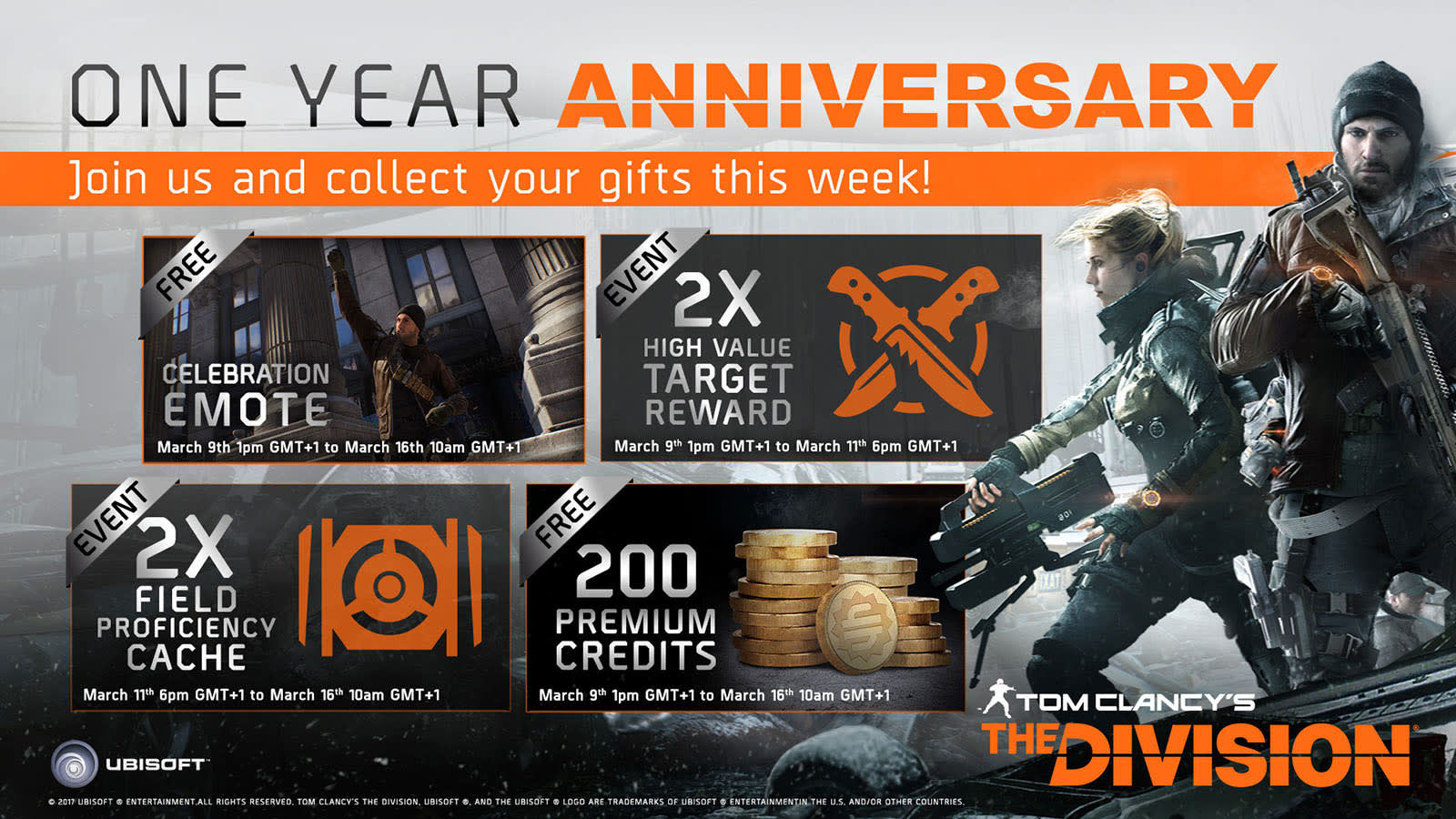 Ubisoft has unveiled its roadmap for The Division year two expansions and is throwing in some gifts for the game's first anniversary. Judging by the details it revealed, you're not going to get a big updates à la one of the game's main rivals, Destiny. However, it's free, and Ubisoft is keeping the game ticking along until it's able to release a sequel.

The first expansion will use an event system "that drives players to activities that feature modifiers, leaderboards and unique vanity items," Ubisoft writes. It'll also have a loadout feature that lets you quickly switch gear combinations and a system to show your greatest feats. "It will reward players for ... long-term activities, short-term activities and medium-term activities within the game," said Creative Director Julian Gerighty in a statement.

The team says the second expansion pack is "more content-focused," but wouldn't comment further on what that might entail. Unfortunately, neither the first or second expansion are unlikely to include any new missions. "We can't really deliver story missions that will fit into the RPG aspects of the game in a simple way," said Gerighty. "So we're not going to be doing the classic main mission type of thing."

There's still no news of a Division sequel, but Ubisoft's Massive studio took pains to reassure players that a new Avatar universe game wouldn't draw resources away from it. "This is something that's been in the works for a while," said Gerighty. "The studio here is already much bigger than it was at the time of the release of The Division."

Source: Ubisoft
In this article: Anniversary, av, Expansion, gaming, Gifts, TheDivision, TomClancy, Ubisoft
All products recommended by Engadget are selected by our editorial team, independent of our parent company. Some of our stories include affiliate links. If you buy something through one of these links, we may earn an affiliate commission.