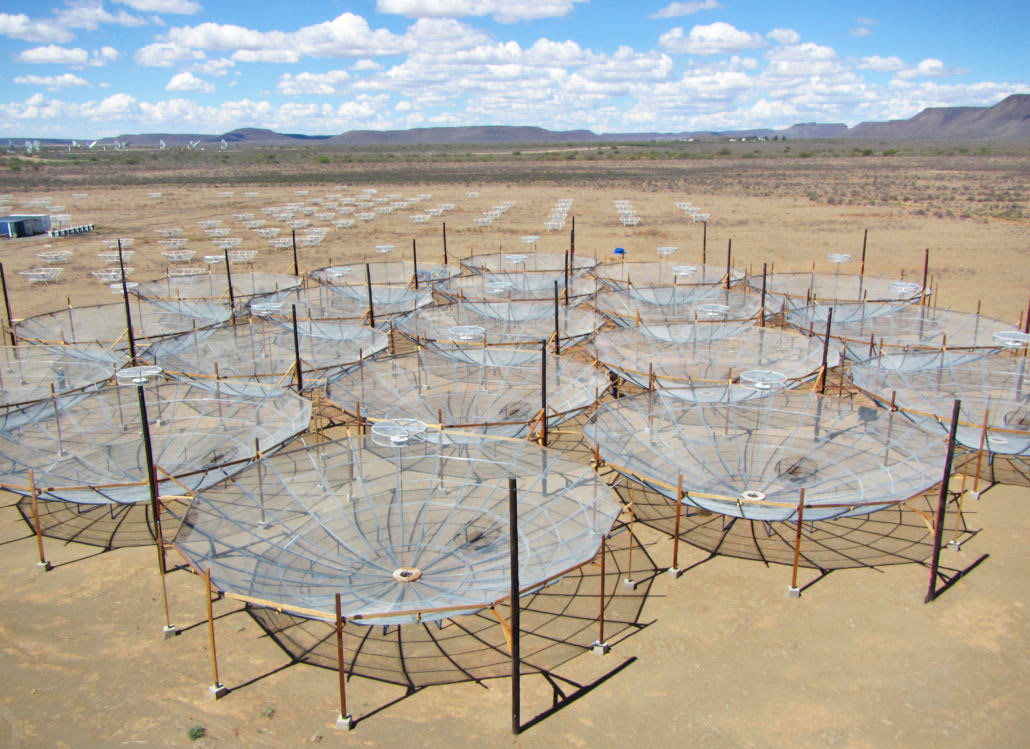 When it first went online in February 2016, the Hydrogen Epoch of Reionization Array (HERA) radio telescope in South Africa boasted 19, 42-foot-diameter antennas aimed at the "Cosmic Dawn" of the universe. The antennas are designed to detect a specific wavelength of light emitted by hydrogen atoms during what's called the "Epoch of Reionization," which scientists believe started about 400 million years after the Big Bang. By picking up these wavelengths of light, HERA will be able to form a clearer picture of the universe at a time when the first stars and galaxies were being formed, more than 13.7 billion years ago.

Scientists believe that the formation of these early celestial bodies gave off X-ray and UV radiation that ionized some of the hydrogen gas in the universe. (It's "reionization" because the hydrogen atoms were previously in an ionized state in the expansion that immediately followed the Big Bang.) So, it's the moment that these hydrogen atoms are having their electrons ripped away by newborn stars that HERA is looking for.

Now, thanks to a $9.5 million grant from the National Science Foundation in late 2016 and a new $5.8 million grant from the Gordon and Betty Moore Foundation, the project will expand from those initial 19 antennas to a total of 350 spread over 610,000 square feet of the South African Karoo Astronomy Reserve. As Space.com reports, when the additional dishes are complete in September 2019, the larger array should increase HERA's bandwidth and resolution enough to actually spot where and when those moments of reionization occurred in the history of the universe. According to MIT physics professor Jacqueline Hewitt, who is also in charge of the latest grant, HERA's data will look like bubbles of ionized hydrogen around quasars or galaxies. By looking for heat signatures left in the hydrogen bubbles, the HERA team should be able to tell the size, intensity and chemical composition of those early stars.

When the James Webb Space Telescope launches in 2018, it should also be able to check HERA's conclusions by looking for bright sources of infrared light where HERA sees an ionized hydrogen bubble. Looking even further into the future, learnings from the Murchison Widefield Array and the HERA project will help guide development of the Square Kilometer Array, which is set to be the largest radio telescope ever built.

Source: Space.com
Coverage: SKA Telescope, MIT News
In this article: HERA, HydrogenEpochofReionizationArray, RadioTelescope, science, SkaRadioTelescope, space, SquareKilometerArray
All products recommended by Engadget are selected by our editorial team, independent of our parent company. Some of our stories include affiliate links. If you buy something through one of these links, we may earn an affiliate commission.