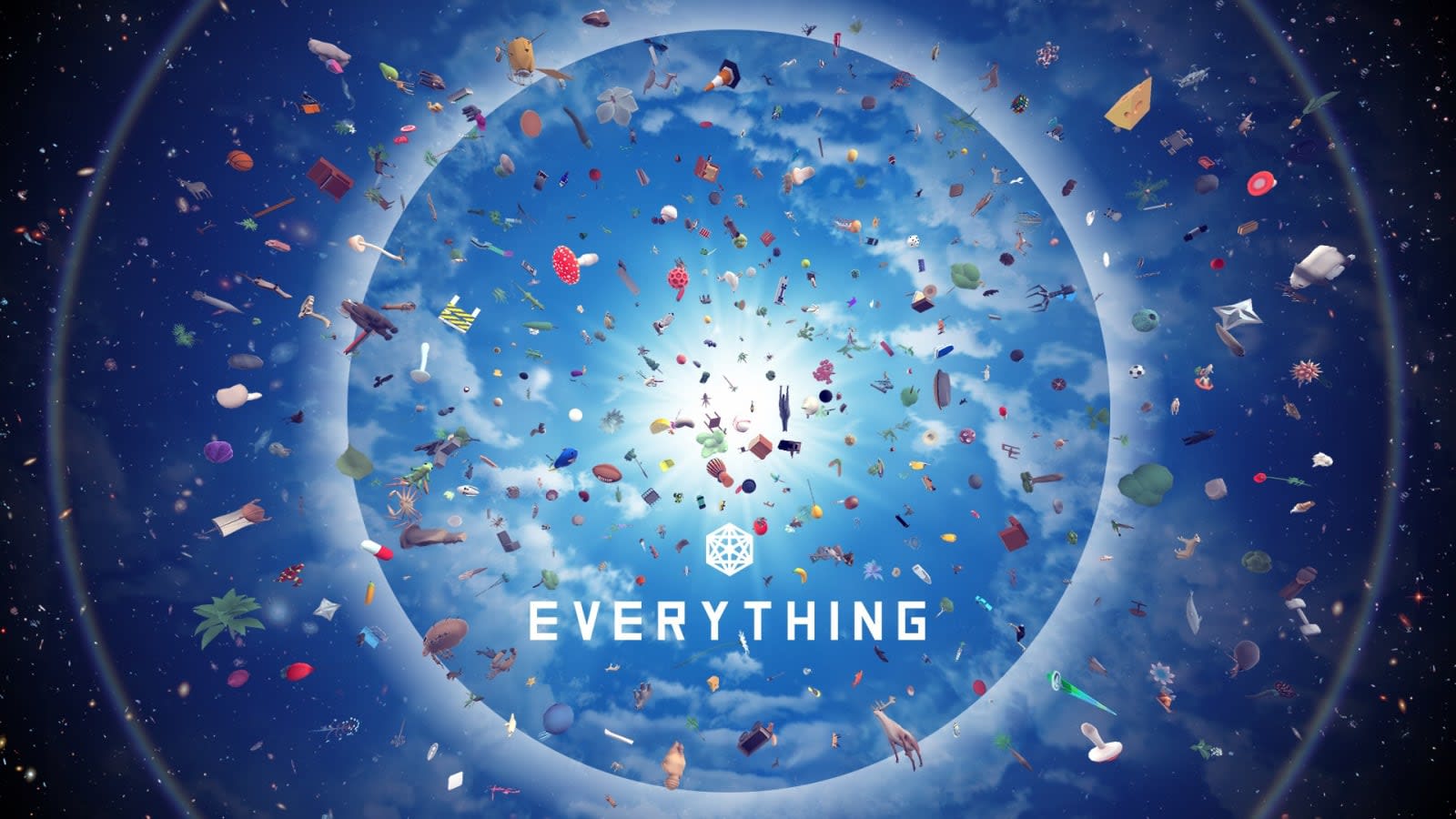 Think of anything that exists. For example, a bear, an atom, a galaxy, a three-leaf clover, and so on. That's what you can control in the game Everything, which was just released for the Playstation 4 today.

The game has goals and tasks for the player to complete like any other, but the main appeal is in its sandbox elements. Simply put, Everything gives you total control over every possible element. As creator and developer David OReilly wrote in a blog post, "You can change every single object in the universe to horses." Generally speaking, you have control over any object that you can see in the game.

Instead of creating animations for every conceivable thing, objects move by rolling, sliding, or floating around. Cutting those corners can be forgiven, considering this $15 game was made by a three-person team. That can also be chalked up as a stylistic choice, and besides, that's not the point of the game. Everything is about being. The parameters of existence can be altered at will, but like the real world, life will happen regardless of the player's input. Every object has its own AI, and OReilly said that "Everything can play itself automatically for weeks at a time."

It makes sense that a game as existential as this was inspired heavily by philosopher Alan Watts. The game is even narrated by recordings of the late British speaker. As artfully demonstrated in a 10-minute gameplay trailer, these voiceovers help put the game's scale in perspective. They're effective because, as OReilly wrote, Watts "had an extraordinary talent for describing the indescribable."

No Man's Sky showed that super ambitious games with lofty goals can fall short of expectations. That said, the idea of Everything is too intriguing to ignore. Everything is currently only available on PS4, but Mac and PC users will be able to download it on Steam beginning April 21st. The game is bizarre and fascinating, and we hope delivers on its big promises.

Source: PlayStation Blog
In this article: AlanWatts, av, davidoreilly, everything, gaming, Playstation4
All products recommended by Engadget are selected by our editorial team, independent of our parent company. Some of our stories include affiliate links. If you buy something through one of these links, we may earn an affiliate commission.