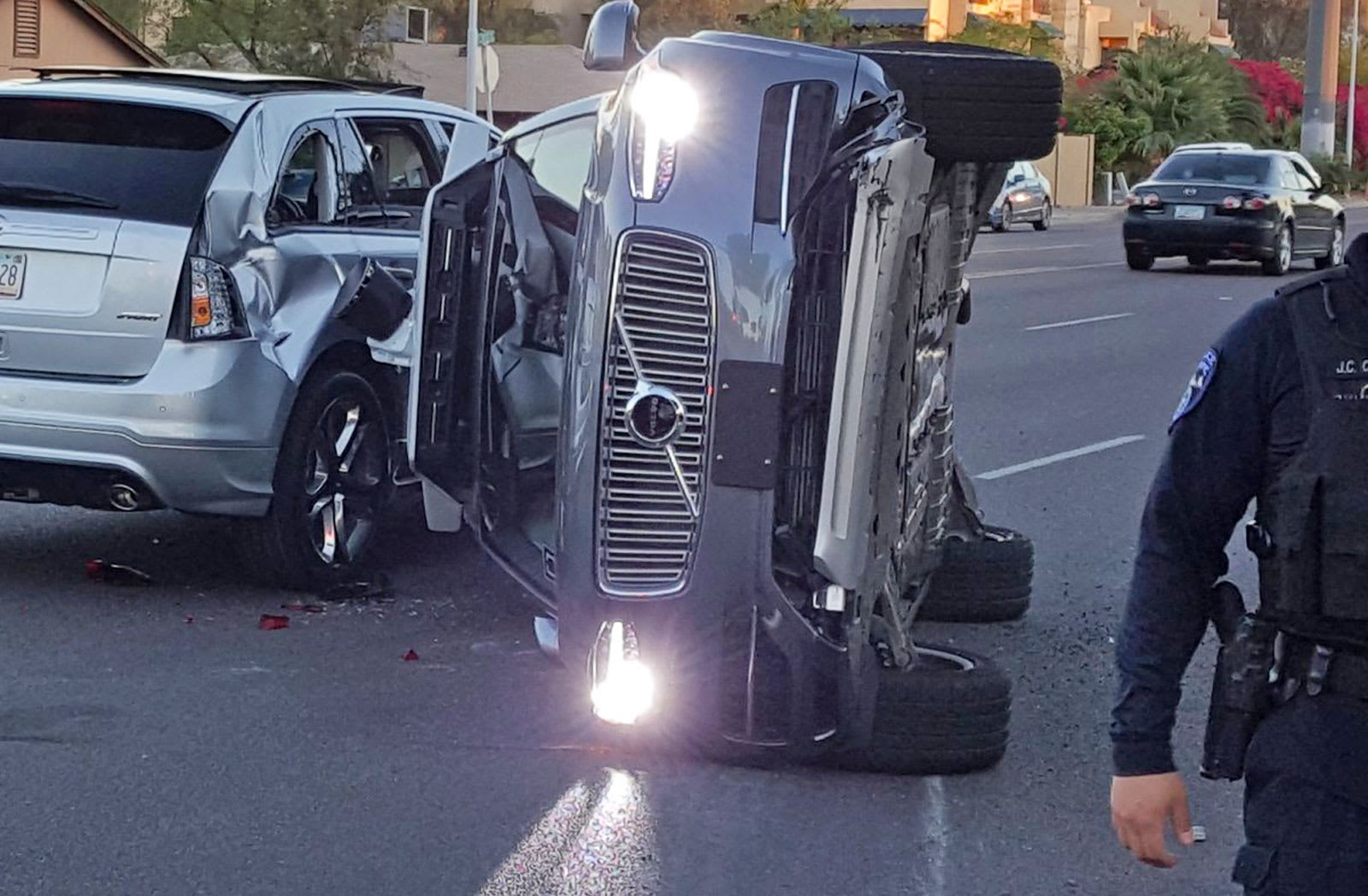 Uber isn't taking any chances in the wake of its self-driving car accident in Tempe, Arizona. The company has suspended both its Arizona testing and its Pittsburgh, Pennsylvania operations while it investigates what happened. The company has confirmed to Engadget that its vehicle was in self-driving mode at the time, but adds that there were no serious injuries on either side of the collision, and "no backseat passengers" in Uber's autonomous Volvo.

An Uber spokesperson tells us the company is "continuing to look into this incident," and it's not too hard to see why. While it's already established that Uber isn't at fault (another driver failed to yield when Uber's SUV had the right of way), there are a number of unanswered questions. Is there any way the Uber ride's human driver could have avoided a collision by taking over in time, for example? And is there a software tweak that could have had the vehicle react on its own? Although it's tempting to pin the accident solely on the imperfect nature of people, Uber likely wants to rule out any factors that could be resolved through code or driver training.

Source: Bloomberg
In this article: accident, arizona, autonomous, gear, pittsburgh, safety, self-driving, self-drivingcar, tempe, transportation, uber
All products recommended by Engadget are selected by our editorial team, independent of our parent company. Some of our stories include affiliate links. If you buy something through one of these links, we may earn an affiliate commission.