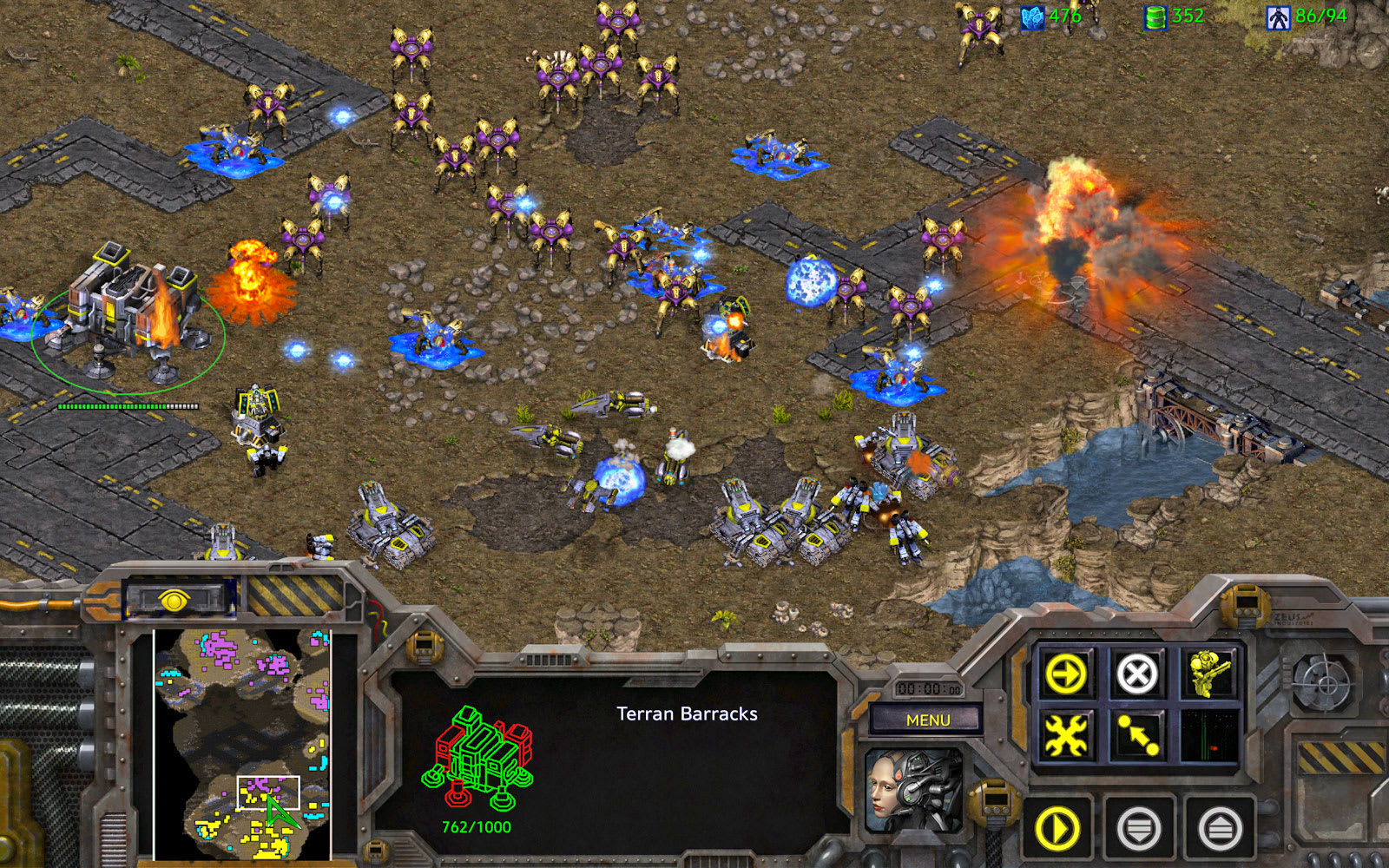 Blizzard is legendary for keeping old games alive, but it's going the extra mile this time around. The studio has unveiled StarCraft: Remastered, an overhaul that drags the 1998 real-time strategy game (including the Brood War expansion) into the modern era. It's getting the obligatory fresh coat of paint, including higher-resolution graphics (with support for 4K resolution), improved audio and support for Blizzard's current game launcher and multiplayer network. However, the team is also using this as an excuse to 'fix' the game by adding content and features you take for granted. There will be reasons to play even if you've played the classic title to death.

In the single-player campaign, you'll see new artwork to help improve the storytelling. Multiplayer fans will see features that have been a staple of newer Blizzard titles, including "advanced" matchmaking, ladder play and social features. You'll also have cloud saves for everything from your solo progress to custom maps and key bindings. About the only thing that won't change is the core gameplay.

The revamp will be available sometime in the summer for both Mac and Windows users, with a price to be set later. You won't have to wait that long to walk down memory lane, however. Blizzard is patching the original Brood War -- yes, a 19-year-old title -- to improve Windows compatibility and add features like rebinding and an eSports-friendly observer mode. And when the update is ready, StarCraft Anthology (including both the original game and Brood War) will be free.

Yes, this is another instance of a developer hopping on the remaster bandwagon. It's a relatively easy way to make money from nostalgic gamers, and Blizzard has plenty of those given its track record. With that said, Blizzard has a better reason than most to revisit history. There was a 12-year gap between the original game and its sequel -- many of those who cut their teeth on StarCraft II were too young to have played the first game when new, and the technological gap is so vast that the first game was quickly becoming unplayable. This gives younger players a chance to see what they missed, and lets veterans return even on a cutting-edge PC.

Via: Kotaku
Source: Blizzard
In this article: activision, blizzard, broodwar, games, gaming, mac, personal computing, personalcomputing, real-timestrategy, rts, starcraft, starcraftremastered, video, videogames, windows
All products recommended by Engadget are selected by our editorial team, independent of our parent company. Some of our stories include affiliate links. If you buy something through one of these links, we may earn an affiliate commission.