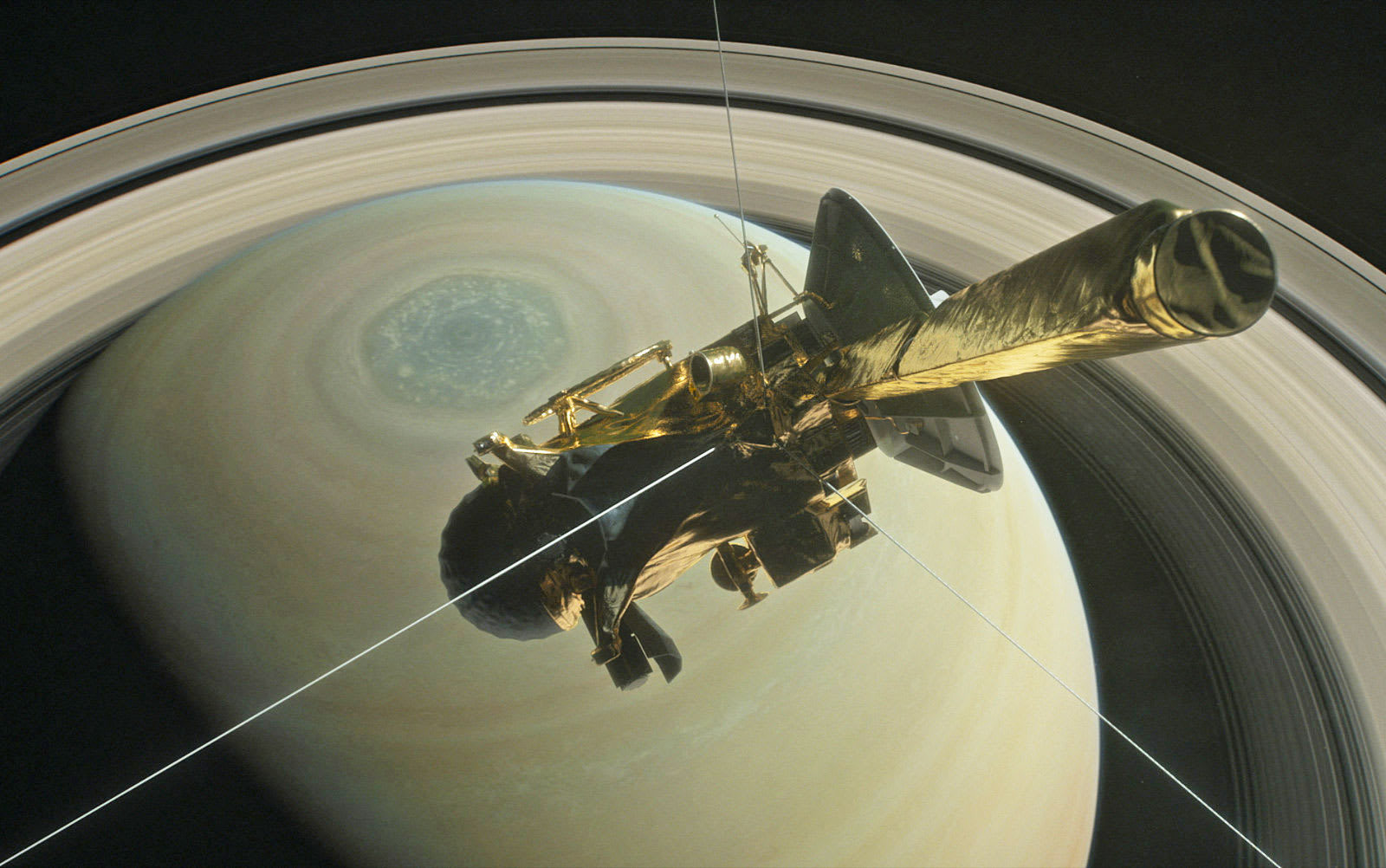 On April 26th, NASA's Cassini probe will begin diving in and out of the gap between Saturn and its rings in what the agency calls its "Grand Finale." The spacecraft will orbit the gas giant it's been observing since 2004 22 more times before taking the final plunge into its atmosphere in mid-September. Since we won't be able to get a front-row seat to that show, NASA has released a video simulating the probe's last months, which you can watch below the fold. If that's not enough, you also download the "Eyes on Cassini" app for Macs and PCs so you can virtually ride on board the spacecraft and experience its last orbits and final plunge yourself.

Thanks to Cassini's work over the past 13 years, we now know more about Saturn, the structure of its rings and the nature of its atmosphere. It also sent back loads of data on its moons, telling us more about Titan's methane seas and canyons, among other notable characteristics. We also have Cassini to thank for the closest photos we've ever seen of the planet and its natural satellites.

The probe's final orbits are a full mission on their own. Thomas Zurbuchen, NASA's associate administrator for the Science Mission Directorate, said "what we learn from Cassini's daring final orbits will further our understanding of how giant planets, and planetary systems everywhere, form and evolve. This is truly discovery in action to the very end."

Source: NASA
In this article: cassini, grandfinale, nasa, saturn, science, space
All products recommended by Engadget are selected by our editorial team, independent of our parent company. Some of our stories include affiliate links. If you buy something through one of these links, we may earn an affiliate commission.