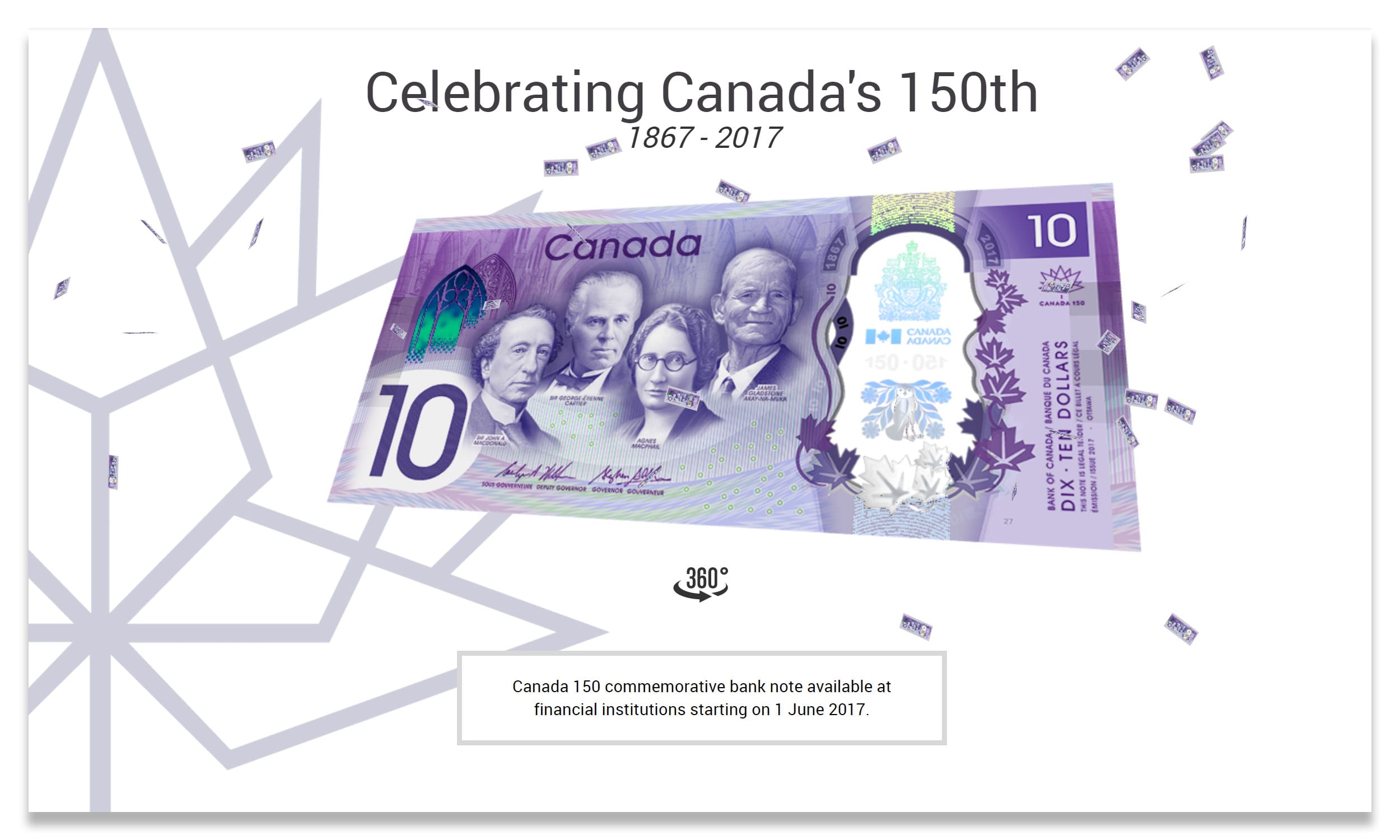 Canada's currency is already the world's dorkiest, with its plastic material, transparent windows and holograms everywhere. For a $10 bill celebrating the nation's 150th anniversary, however, the Bank of Canada outdid itself with an Easter egg on its website that rewards visitors with (a dorky version of) the national anthem and a shower of tens down the screen. The best part is that to get it, you punch in the "Konami Code" first made famous in Konami's 1986 Contra NES game.

"The Bank of Canada's web team thought the Konami code (below) was a fun way to celebrate Canada's 150th anniversary of Confederation," Bank of Canada spokeswoman Josianne Menard told CTV news. (It's not clear exactly what Konami and video games have to do with Canada's sesquicentennial, but as a Canadian, I heartily approve.)

On top of being laden with anti-counterfeiting tech that makes it extremely difficult to copy (holograms, raised ink, color-changing images and polymer materials), the new ten is a who's who and what's what of Canadian history. It features Canada's founding Prime Minister John A. MacDonald, Agnes Macphail, first woman parliamentarian, and Indigenous peoples pioneer James Gladstone, known in his Blackfoot language as Akay-na-muka.

It also shows Canada's prairies, the coastal mountains of British Columbia, the Canadian Shield, Atlantic coast, northern lights, Metis Assomption Sash, maple leaf and much more (no poutine, though). All of that is squeezed on the 152.4 x 69.85 mm note -- that's exactly 6 x 2.75 inches, because Canada uses the metric system but probably still buys its printing presses from the US.

The Konami code is in keeping with Canada's tradition of doing cute, pop-culture things with its history. Last year around this time, for instance, it declassified the military records of a certain James "Logan" Howlett and invited Twitter users to pick the "most Canadian" Pokemon (Sawsbuck, clearly).

Via: CNET
Source: Bank of Canada
In this article: 10Bill, BankOfCanada, Canada, CanadaEh, culture, Currency, EasterEgg, gaming, internet, KonamiCode, TenDollarBill, TL17EGGZ
All products recommended by Engadget are selected by our editorial team, independent of our parent company. Some of our stories include affiliate links. If you buy something through one of these links, we may earn an affiliate commission.