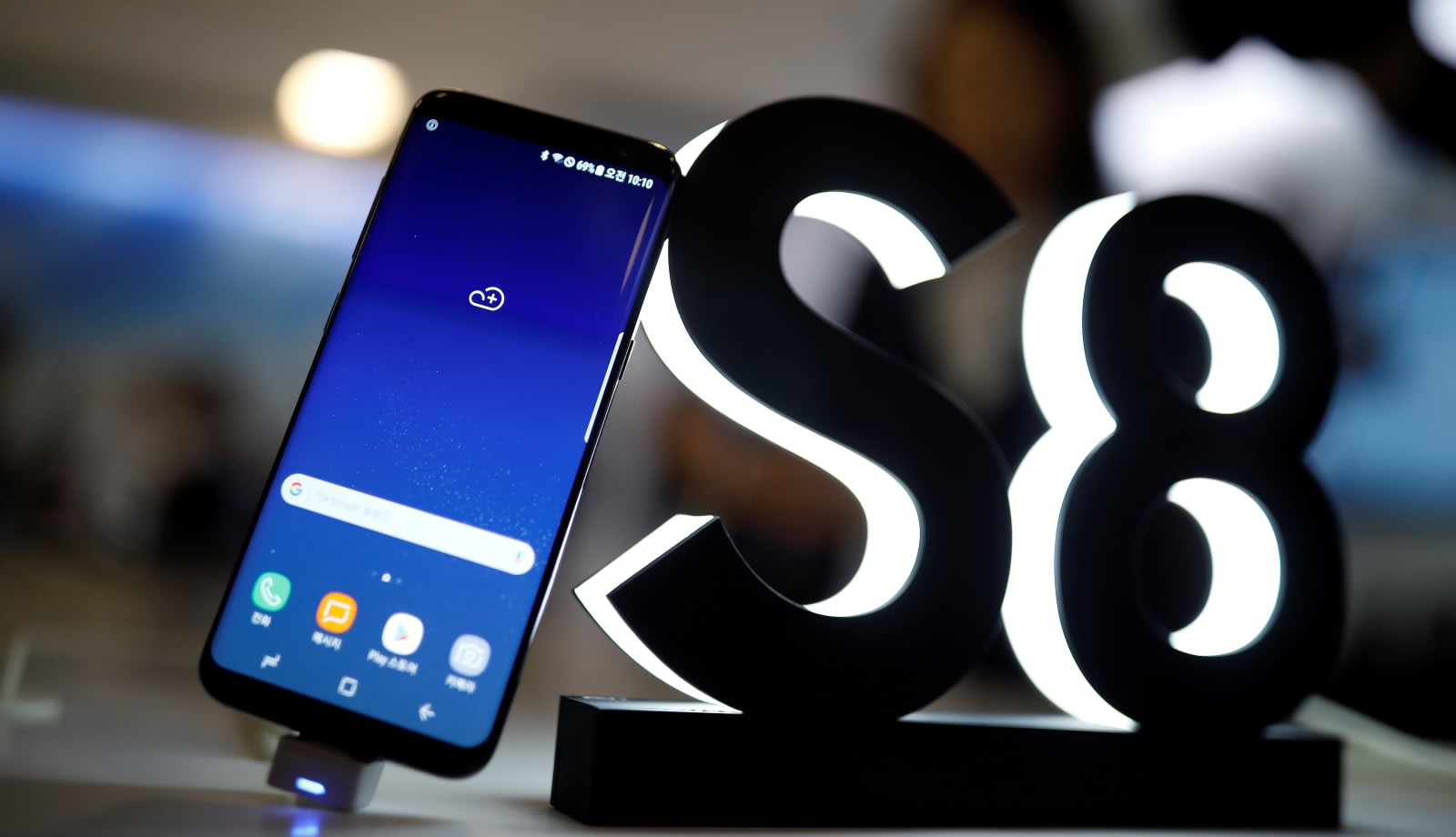 Samsung's Q1 2017 earnings are in, showing the company's highest quarterly profit since Q3 2013. That's despite the Galaxy Note 7 recall, and a markdown in the price of its Galaxy Note 7, apparently because the company's chip business (making memory, processors and camera sensors for phones) is booming. As a company, it brought home the $8.75 billion in operating profit expected, and looks forward to better results next quarter, since it will include sales of the new Galaxy S8 phones.

On a call with reporters, execs reaffirmed that reports of a reddish tint on some S8s are a "natural difference" in the OLED technology that it will let users tweak after a software update. Samsung also mentioned "the launch of a new flagship smartphone in the second half," but didn't tag the Galaxy Note name to whatever that presumably large-screened device will be. It also did not play into any expectations for an OLED iPhone that it could supply screens for, simply saying that "YoY revenue growth in the OLED business is forecast on the back of increased flexible panel shipments in the second half."

Source: Samsung
Coverage: Reuters, Bloomberg, Yonhap News
In this article: business, earnings, financials, gear, q12017, samsung
All products recommended by Engadget are selected by our editorial team, independent of our parent company. Some of our stories include affiliate links. If you buy something through one of these links, we may earn an affiliate commission.