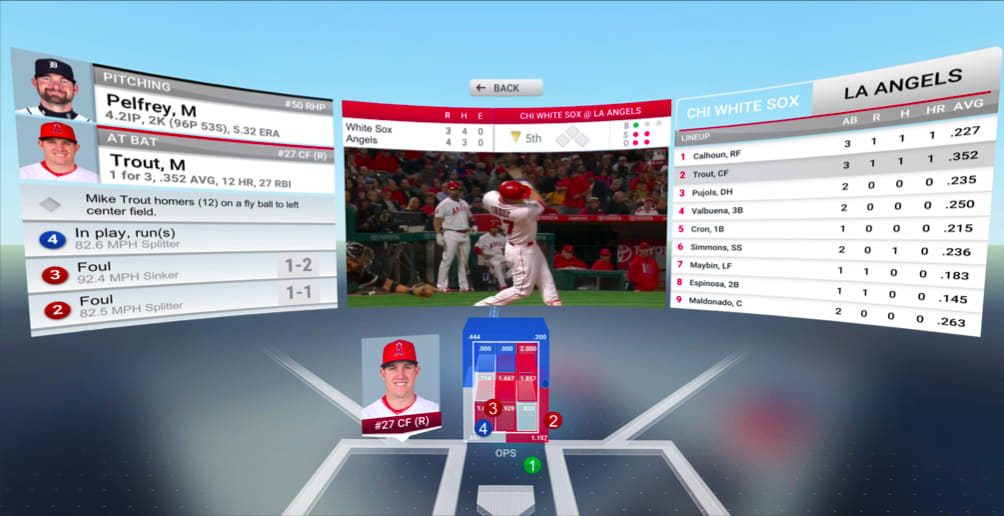 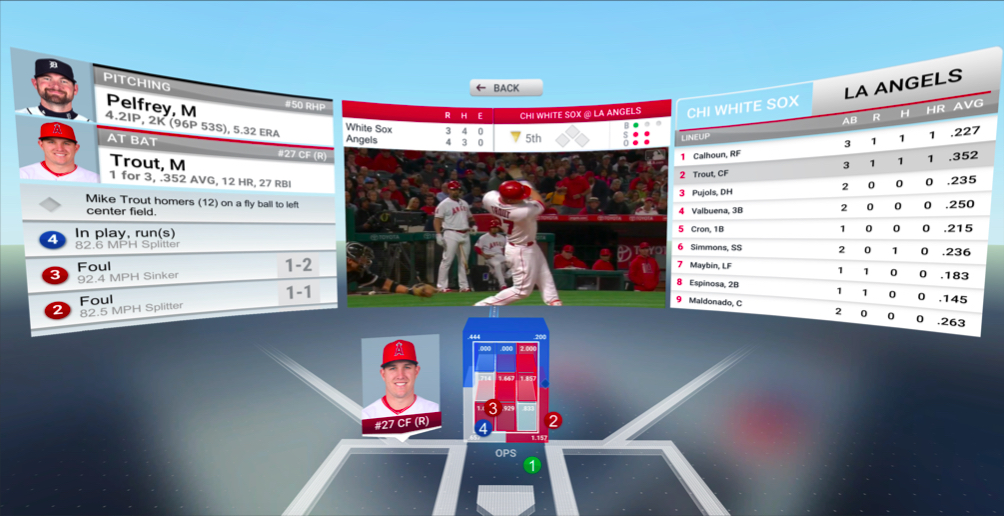 Major League Baseball's At Bat streaming subscription service and app already adds an extra dimension to watching baseball games on TV or in-person. Starting next month, however, fans will be able to actually take all the live game footage and real-time data from MLB.tv into virtual reality with Google Daydream and MLB At Bat VR.

While Daydream still can't make your big league dreams and put you on the mound just yet, At Bat VR offers a much more immersive experience than keeping the app open on your phone: live game footage plays in the center of the field of view, with a 3D strike zone map floating just below it. All the stats and data are still there, floating on either side of the footage window. The app also includes a library of behind-the-scenes, 360-degree video clips to explore, but there won't be any live 360-degree game streams just yet. According to Variety, however, the league hopes to stream a full game in VR sometime before the end of the 2017 season. Elsewhere, the MLB also announced it will be livestreaming weekly games on Facebook without the frustrating blackouts that still apply to some games.

At Bat VR will be live on Google Daydream starting June 1st, with other VR platforms to follow in the future. The app is free to users with an MLB At Bat subscription, but you'll need a MLB.tv Premium subscription to watch live games. While upgrading to virtual reality will involve buying new hardware for most people, MLB's VP of games and VR strategy Jamie Leece claims the field of view in VR is equivalent to the biggest HD screens on the market -- and it obviously takes up a lot less space.

In this article: applenews, AtBat, daydream, entertainment, googleio2017, internet, MlbAtBat, services, VirtualReality, vr
All products recommended by Engadget are selected by our editorial team, independent of our parent company. Some of our stories include affiliate links. If you buy something through one of these links, we may earn an affiliate commission.