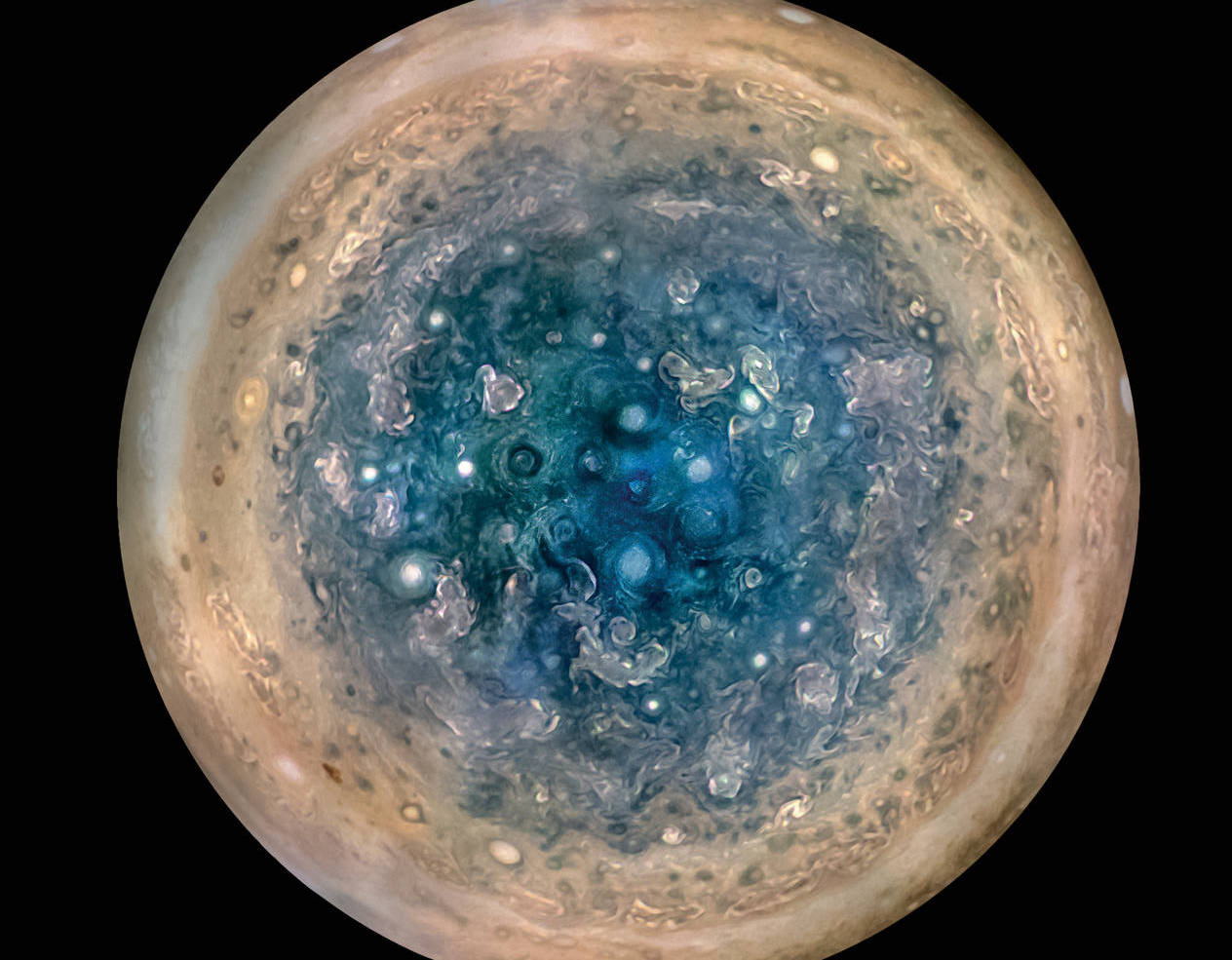 NASA's Juno mission to Jupiter has sent back a ton of data about our solar system's largest planet. The results from the orbiter's first big data-collection pass, which took place last August, are finally in and it's clear that Juno's five-year journey to the planet was worth the trip.

Juno is being kept in fairly wide orbit around Jupiter's poles, but every 53 days as it switches between north and south, it swoops in to take a closer look at the rest of the giant planet along the way. The flyby takes just two hours, but the six megabytes of data collected during the ride can take 1.5 days to transmit from Juno back to Earth.

So far, we've learned that Jupiter's poles are riddled with densely-packed storms, all of which are about the size of Earth. And Jupiter's classic belts, those lateral stripes up and down the planet's surface, aren't really what researchers expected. Some of them seem to extend deep into the planet's atmosphere while others appear to shift and change just at the surface.

The mission has also sent back data on Jupiter's magnetic field, which we knew beforehand was the strongest in the solar system but thought to be much like our own compass-directing fields. But it's even more intense than researchers thought and irregularly lumpy. In some places it's 10 times stronger than the strongest magnetic fields of Earth. And, like our planet, Jupiter has northern and southern lights, but as of now, its auroras look to be quite different from our own.

"We knew, going in, that Jupiter would throw us some curves," Scott Bolton, Juno principal investigator from the Southwest Research Institute in San Antonio, said in a press release, "But now that we are here we are finding that Jupiter can throw the heat, as well as knuckleballs and sliders. There is so much going on here that we didn't expect that we have had to take a step back and begin to rethink of this as a whole new Jupiter."

The findings from this first pass are being released this week in 46 papers published in Science and Geophysical Research Letters. And the next flyby is scheduled for July 11th when Juno will fly over the iconic Great Red Spot.

Source: NASA
In this article: applenews, aurora, gear, greatredspot, juno, jupiter, MagneticFields, nasa, science, space
All products recommended by Engadget are selected by our editorial team, independent of our parent company. Some of our stories include affiliate links. If you buy something through one of these links, we may earn an affiliate commission.