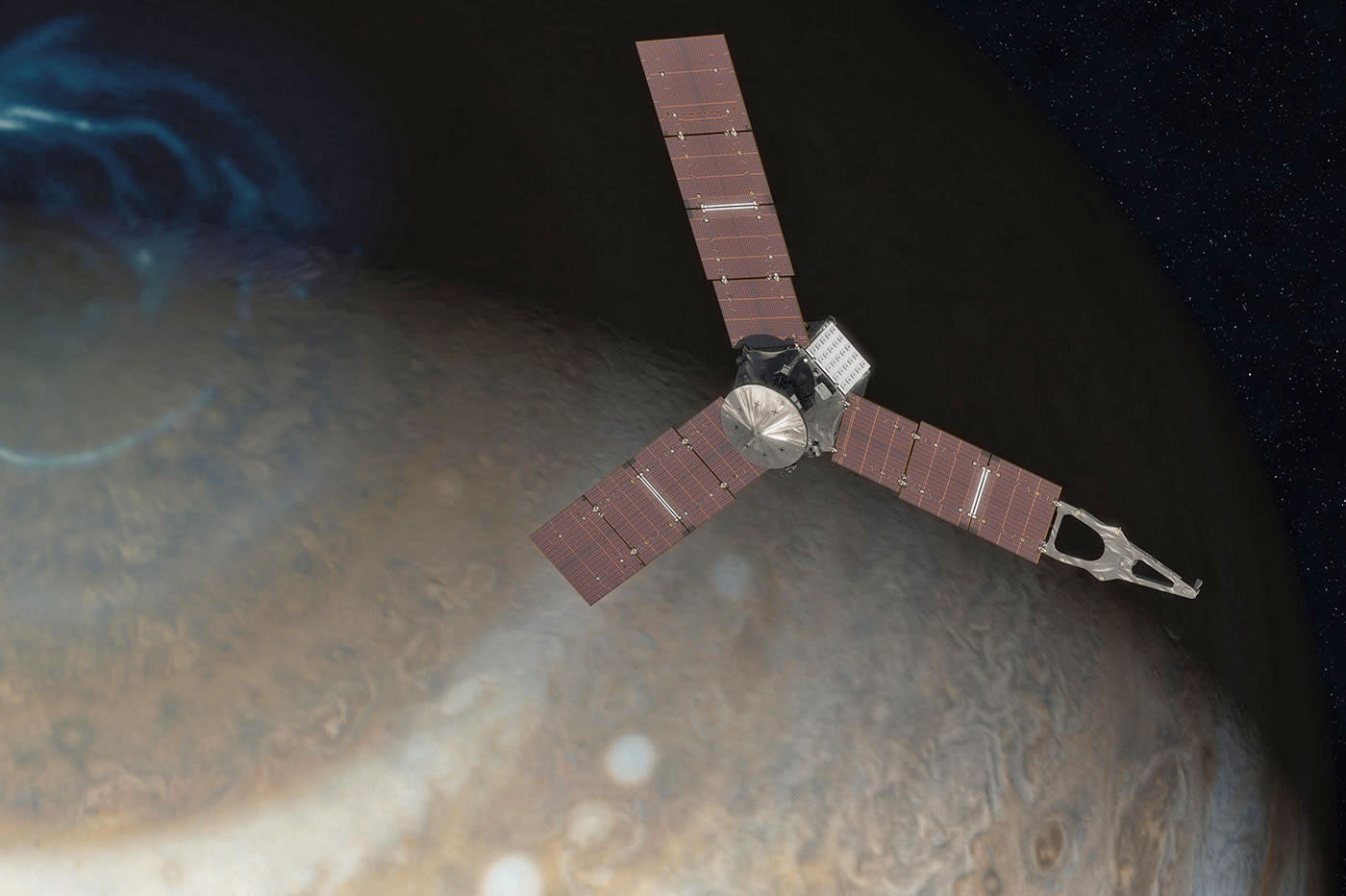 Three months ago, the Juno probe ended a years-long journey when it settled into orbit around Jupiter. Everything's just peachy with Juno's cameras -- as evidenced by these magnificent photos -- but it turns out its primary Leros 1b engine is having trouble. In preparation for a burn that would put Juno into its final orbit around the gas giant, the team at NASA's Jet Propulsion Laboratory punched up a sequence of commands late last week and saw (via telemetry) that a pair of helium check valves weren't working correctly.

"The valves should have opened in a few seconds, but it took several minutes," said Rick Nybakken, one of Juno's project managers. "We need to better understand this issue before moving forward with a burn of the main engine."

That maneuver was originally slated to take place on October 19, but with questions lingering around the engine's performance, Juno won't be able to pull off the move until its next close-range flyby on December 11. As fraught as all of this sounds, NASA was quick to reassure everyone that the science wouldn't suffer as a result of this schedule shift. In fact, since the mission staff doesn't need to worry about pulling off the so-called period reduction maneuver, Juno's full array of sensors and instruments will be ready to collect data as it whizzes by Jupiter.

Once Juno does slip into that tighter orbit, though, it won't need to rely on that questionable engine anymore -- it can use its smaller thrusters for fine-grain movement. If Juno ultimately can't pull off that crucial burn, though, scientists will lose out on the sort of data and up-close images that inspire further study and capture imaginations. What a shame that would be.

In this article: jpl, juno, jupiter, nasa, science, space
All products recommended by Engadget are selected by our editorial team, independent of our parent company. Some of our stories include affiliate links. If you buy something through one of these links, we may earn an affiliate commission.