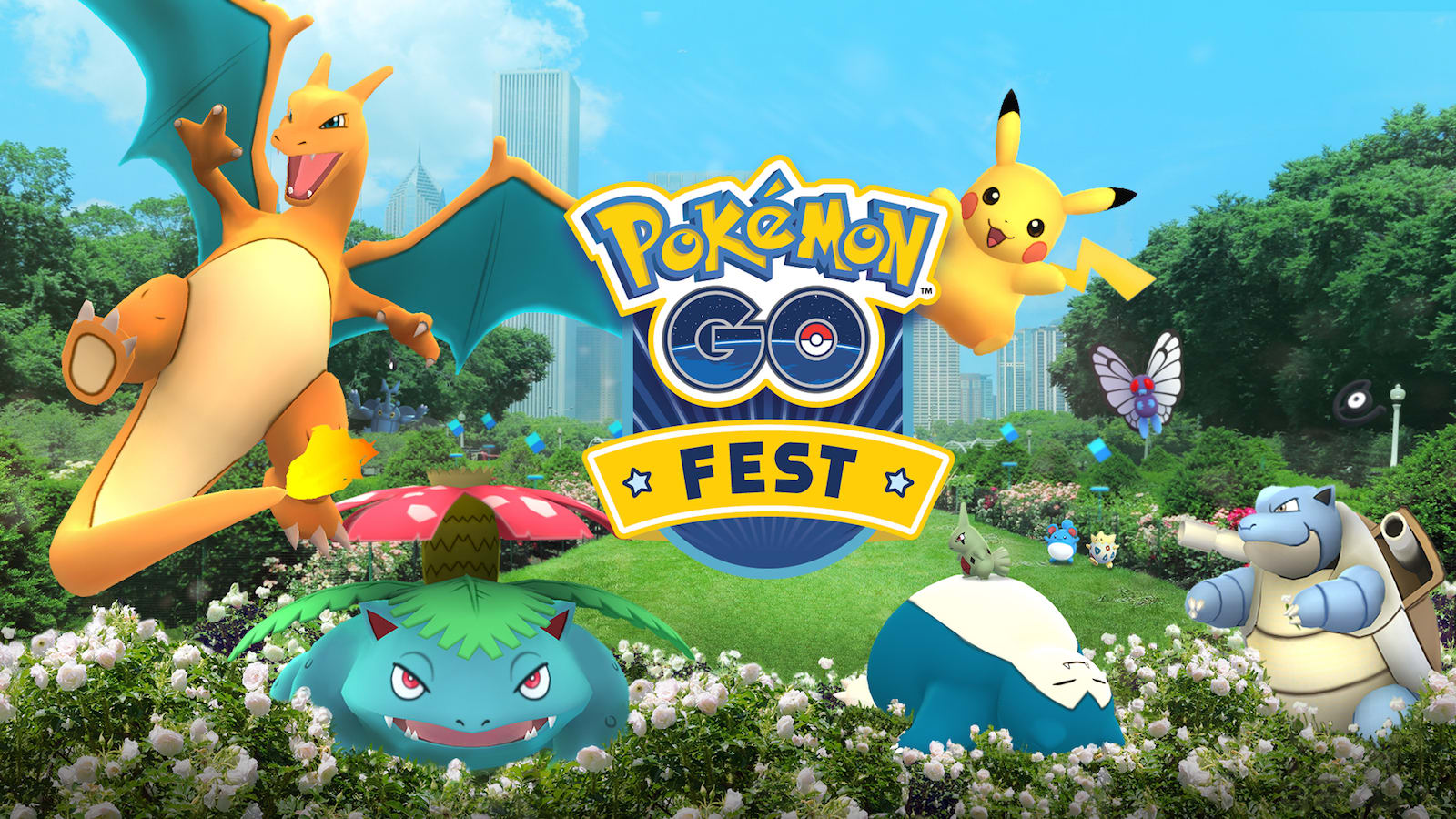 Pokémon Go is coming up on its one year anniversary and Niantic is planning a major celebration. Events are scheduled around the world but the biggest will be Pokémon Go Fest taking place in Chicago on July 22nd. There aren't many details about the event just yet other than that it will take place in the city's Grant Park.

For those in the US who can't make it to Chicago, Niantic says there will be a number of related events across the country. Additional Pokémon Go celebrations will take place across Europe from June through September. The company also teased "Pikachu Outbreak" -- an event happening in Yokohama, Japan in August where they will be testing a "unique Pokémon Go experience." And lastly, Niantic announced Solstice Event, an in-game event running from June 13th through June 20th that, among other bonuses, will include increased encounter rates for certain Pokémon.

Niantic and the Pokémon Company have launched a few in-game events in the past and it's not unreasonable to expect some game changes to be introduced for the anniversary. Pokémon Go has been downloaded over 750 million times and while game play has dropped quite a bit since it launched, there are still around 65 million users around the world.

"It's been an incredible first year for Pokémon Go thanks to the passion and dedication from the global Trainer community," John Hanke, CEO of Niantic said in a statement, "As part of the first anniversary, we'll be giving players around the world the chance to enjoy fun in-game events, engage with friends and other Trainers at real-world events, and much more."

Update: The Pokémon Go website reveals an additional detail -- soon after that Solstice Event ends on the 20th, there will be an update focused on "collaborative group gameplay features" (we're assuming they mean PvP or something like it). Before that change happens, however, the team will disable the existing gyms for a "short period of time."

Source: Niantic
In this article: applenews, gadgetry, gadgets, gaming, mobile, NianticLabs, pokemoncompany, pokemongo
All products recommended by Engadget are selected by our editorial team, independent of our parent company. Some of our stories include affiliate links. If you buy something through one of these links, we may earn an affiliate commission.