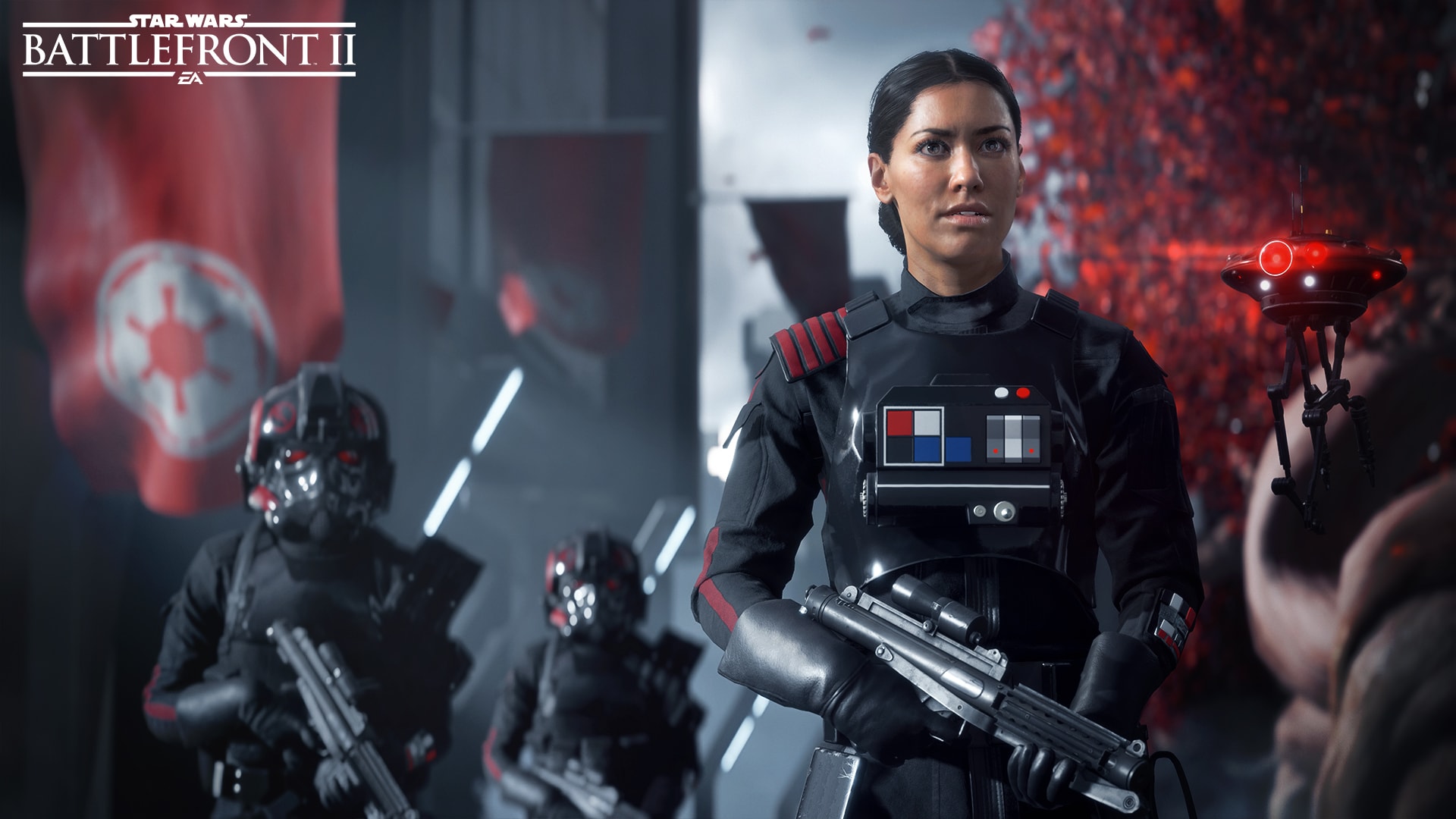 Star Wars Battlefront II is definitely much bigger than its predecessor -- but we knew that. EA's E3 presentation did its best to balance new multiplayer tid-bits (Chewbacca, the planet Naboo, Yoda, Darth Maul, Rey and more) with the highly-anticipated campaign mode, which appears to center on the "good" Imperials fight to beat the upstart Rebel Alliance. The sequel will focus on its story more than pretty much any Star Wars game that's come before it. As Janina Gavankar, who plays Inferno Squad Commander Iden Versio, puts it herself, it's all about "in-depth cinema-caliber stories in a game". Battlefront II will apparently bridge the story gap between Return of the Jedi and the The Force Awakens, similar to how spin-off movie Rogue One connected older Star Wars chapters. And it'll all look a little bit like this:

Importantly EA is promising free themed seasons, adding new content (including extra heroes, weapons, maps and more in the future. It'll help to ensure anyone that buys into the game will be able to play every part of the game, a year down the line. Those that preorder Battlefront II will also get early access to beta tests, too. Now, we just need to try it out.

In this article: applenews, av, battlefront2, e3, e32017, entertainment, gaming, starwars, starwarsbattlefront2
All products recommended by Engadget are selected by our editorial team, independent of our parent company. Some of our stories include affiliate links. If you buy something through one of these links, we may earn an affiliate commission.