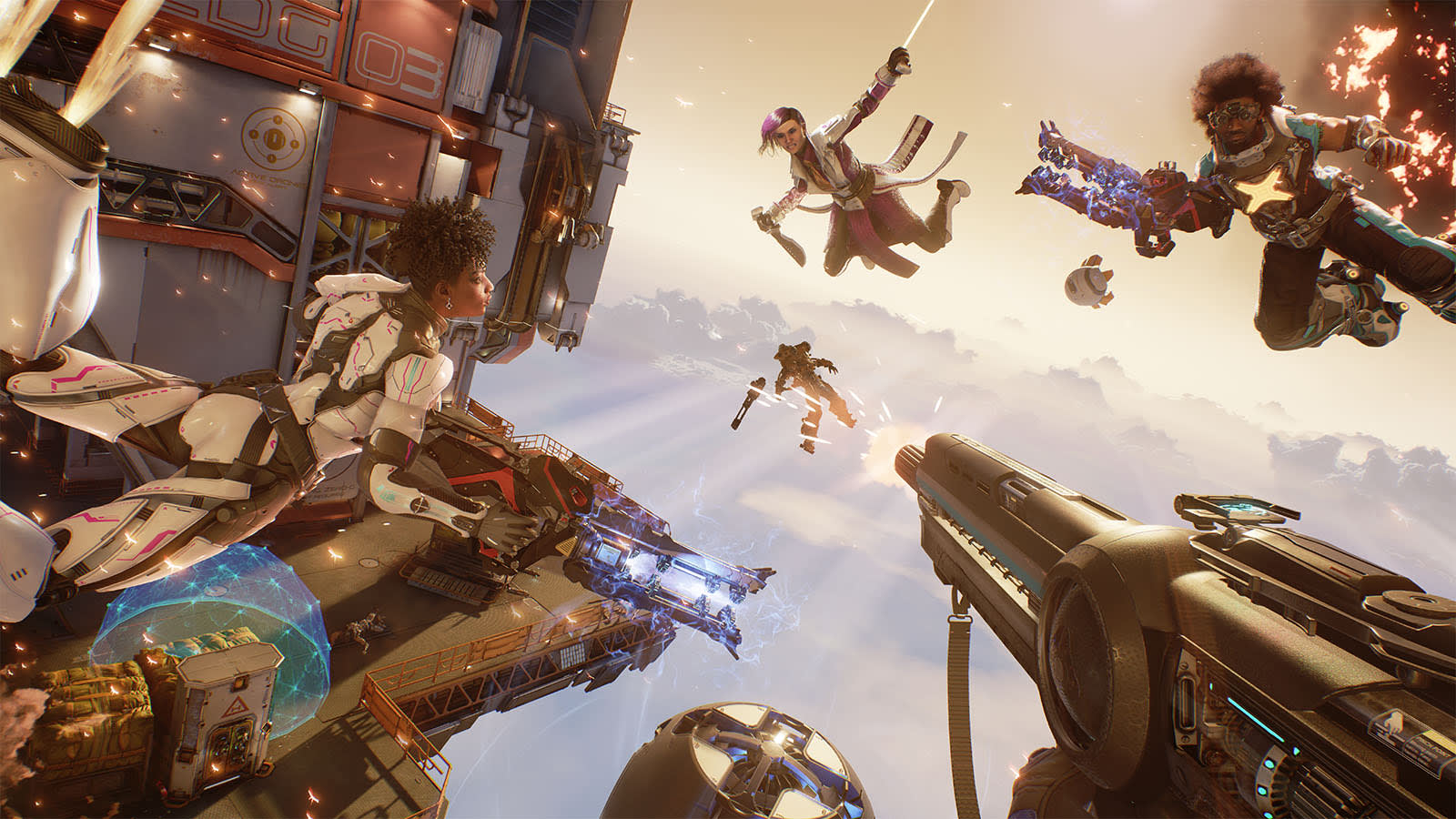 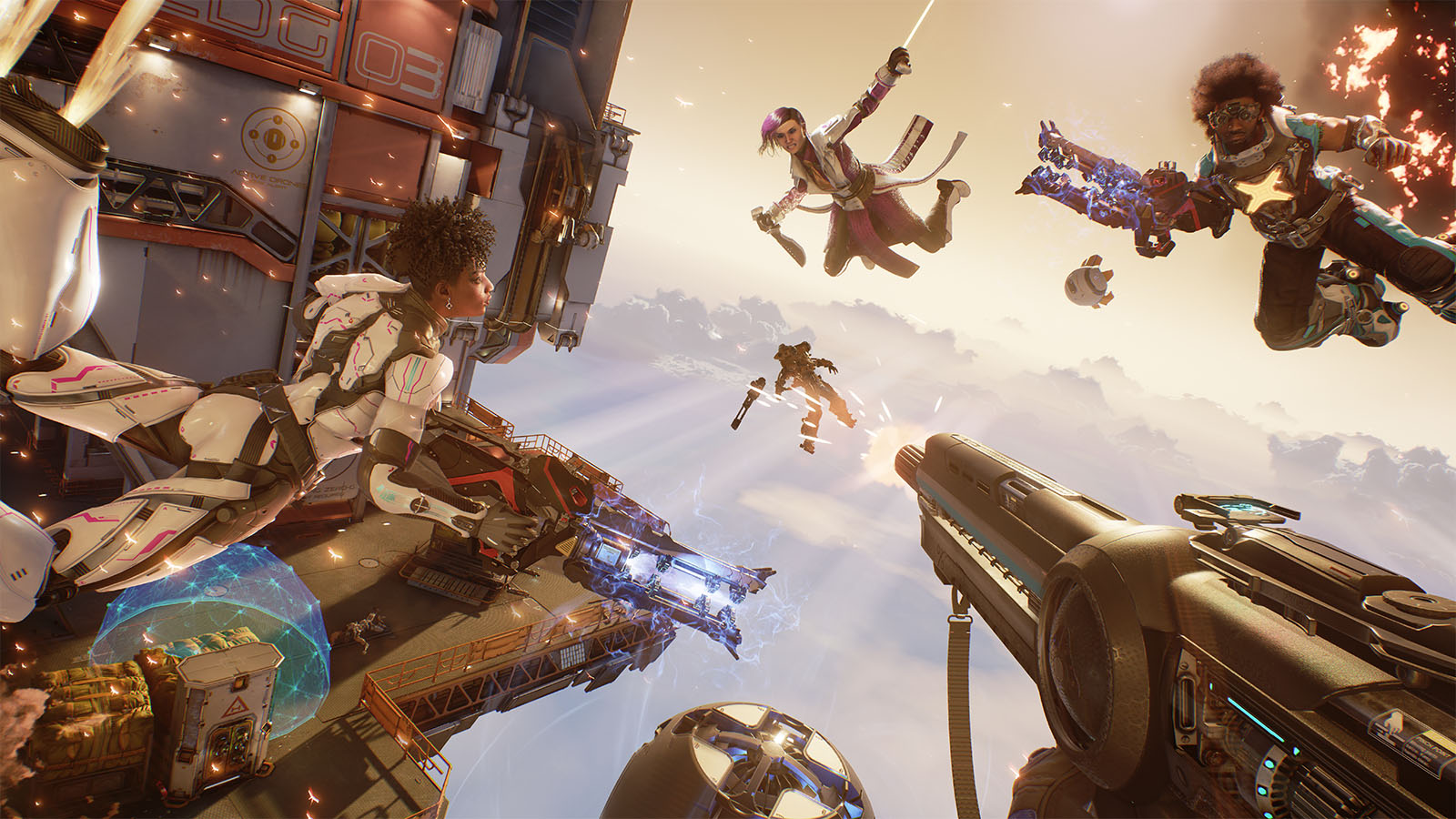 First-person, team-based shooters like Overwatch, Monday Night Combat and Team Fortress 2 all share a collection of common tropes. Players typically compete to move payloads or hold objectives, with teams built from a collection of classic character types: medic, tank, soldier and sniper. That's not how it works in Lawbreakers, the upcoming character-based team shooter from Boss Key. According to lead designer Dan Nanni, the genre's conventions made the game feel hamstrung and slow. "The first thing we wound up doing," he said, "was throw all the rules away. Just throw them all away."

The problem, Nanni said, is that traditional team shooter elements kept slowing the game down. "Snipers as an example," he explained, "they're built to slow the game down. They're a mile away, sighting an entire location, and people are cautious when they approach. That naturally brought our game speed down." At first, the team resisted taking such an iconic class out of the game, but after several failed iterations of the character, the team gave up -- removing dedicated snipers from Lawbreakers entirely. It's the same reason the team removed crouching, sight aiming and sprinting from the game.

Still, it was less about taking traditional elements out of the game than making sure each character could play an active role in it. Much like snipers, Nanni said that healing classes usually focus on following a tank, walking directly behind another player to keep its health up. This didn't fit in with Lawbreakers' fast-paced gameplay. "Everybody else is having this chaotic, fun experience, and they were taken out of it," he explained. "Only following people." Instead, Lawbreakers' support classes heal players passively, freeing them up to participate in the more violent aspects of a match. "Every one of our roles is capable of being a killer. They're verti-killers," he clarified. "They're about vertical gameplay and they're about killing. We focused on that because we want everybody to contribute to the chaos."

And the game is indeed chaotic -- at least it feels that way at first glance. True to its design, Lawbreakers is incredibly fast-paced: a frantic arena battle that takes place between low and zero gravity zones. That alone would be exciting enough, but each of the game's characters navigates that battlefield in a completely different way. The Wraith class slides across the ground and leaps off walls to gain traction in zero gravity while the Gunslinger role zips around the arena with short-distance warps. A character with the Titan class can leap huge gaps, crashing down with a damaging electric charge -- a stark contrast to the Vanguard characters that use afterburners to charge forward in the direction of the player's vision. Each character moves in a way that almost feels like it belongs in its own game.

This unique feeling extends to how each character moves on solid ground, how their weapons work and their special abilities. True enough, every character in Overwatch moves at their own pace, and has at least one ability that makes them special -- but none of them feel quite as foreign to one another as the heroes and villains of Lawbreakers. It's refreshing and potentially deep -- I was able to stumble along with each character during my E3 demo with the game, but it was obvious I would have to put in dozens of hours to master them. Under the surface, none of them quite played like I expected. 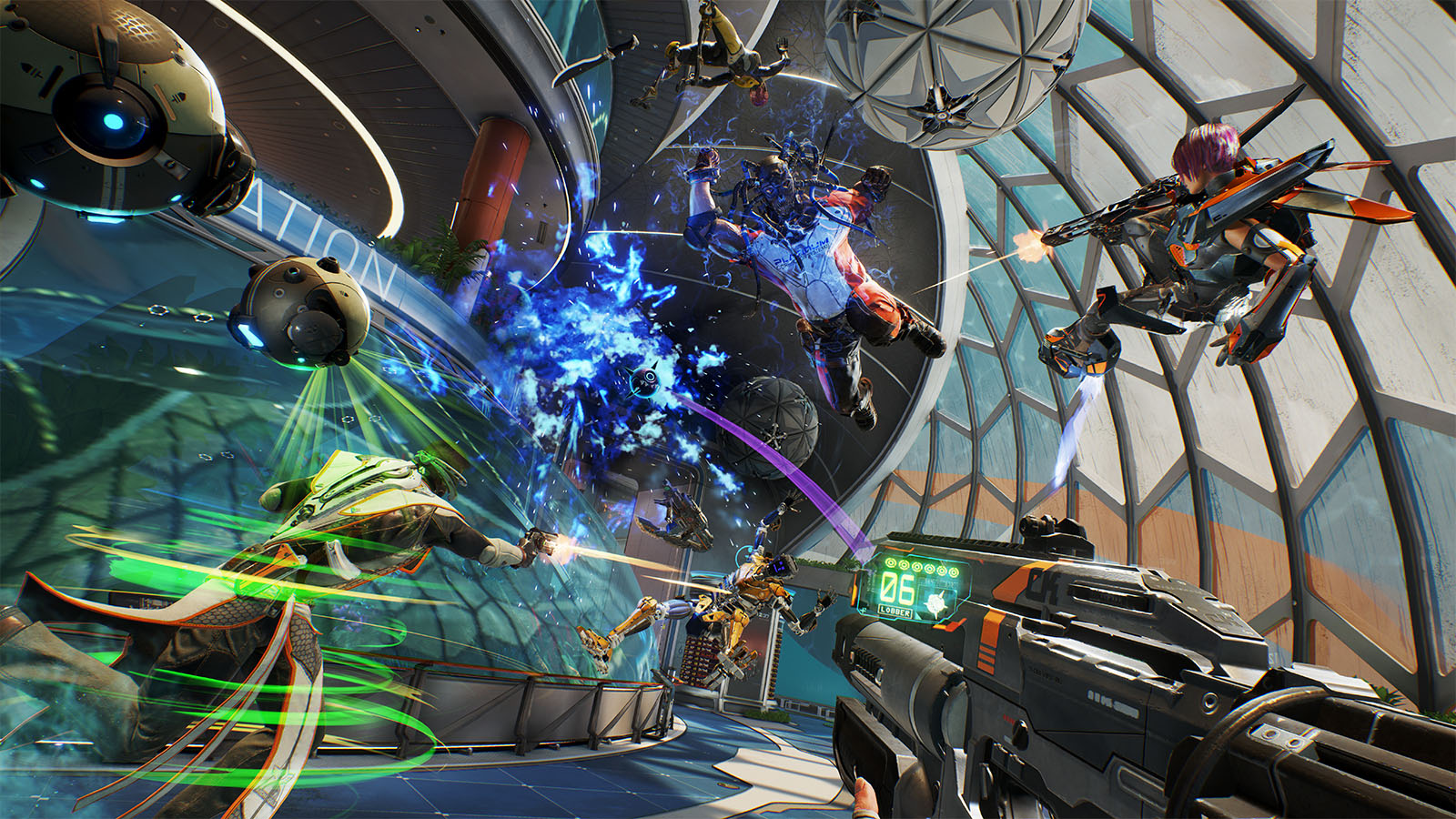 Nanni says that's typical: The characters were designed with specific gameplay styles in mind. "For example, our dual pistol role started out as a boxer." The character was supposed to be a melee class, exclusively. Bold players would have brought fists to a gun fight, but finding a way to fairly bring a boxing character within punching distance proved too difficult. "We realized that the game is so fast that it wasn't boxing that was important so much as that we wanted the character to use combinations." They compromised with a set of pistols that acted like fists -- a short burst fire weapon in the left hand to function as quick jabs and a heavy pistol in the right that served as a knock-out punch. "I think in the game there's still references to the boxer style for that role from the engine perspective."

That led to a game that uses the format of a role-based team shooter but ignores the conventions that have typically ruled the series. The standard tank, soldier, sniper and healer classes forgo the typical trappings to serve Lawbreakers' faster-paced game design. It's a good move. We only had a few minutes with the title, but it felt exciting and fresh. And well, that's the point, isn't it? "Just because one game says everybody has to sprint or crouch or have a sniper, it doesn't mean we have to," Nani concluded. "We need to have our game."

In this article: applenews, av, boss key games, bosskey, games, gaming, interview, lawbreakers
All products recommended by Engadget are selected by our editorial team, independent of our parent company. Some of our stories include affiliate links. If you buy something through one of these links, we may earn an affiliate commission.