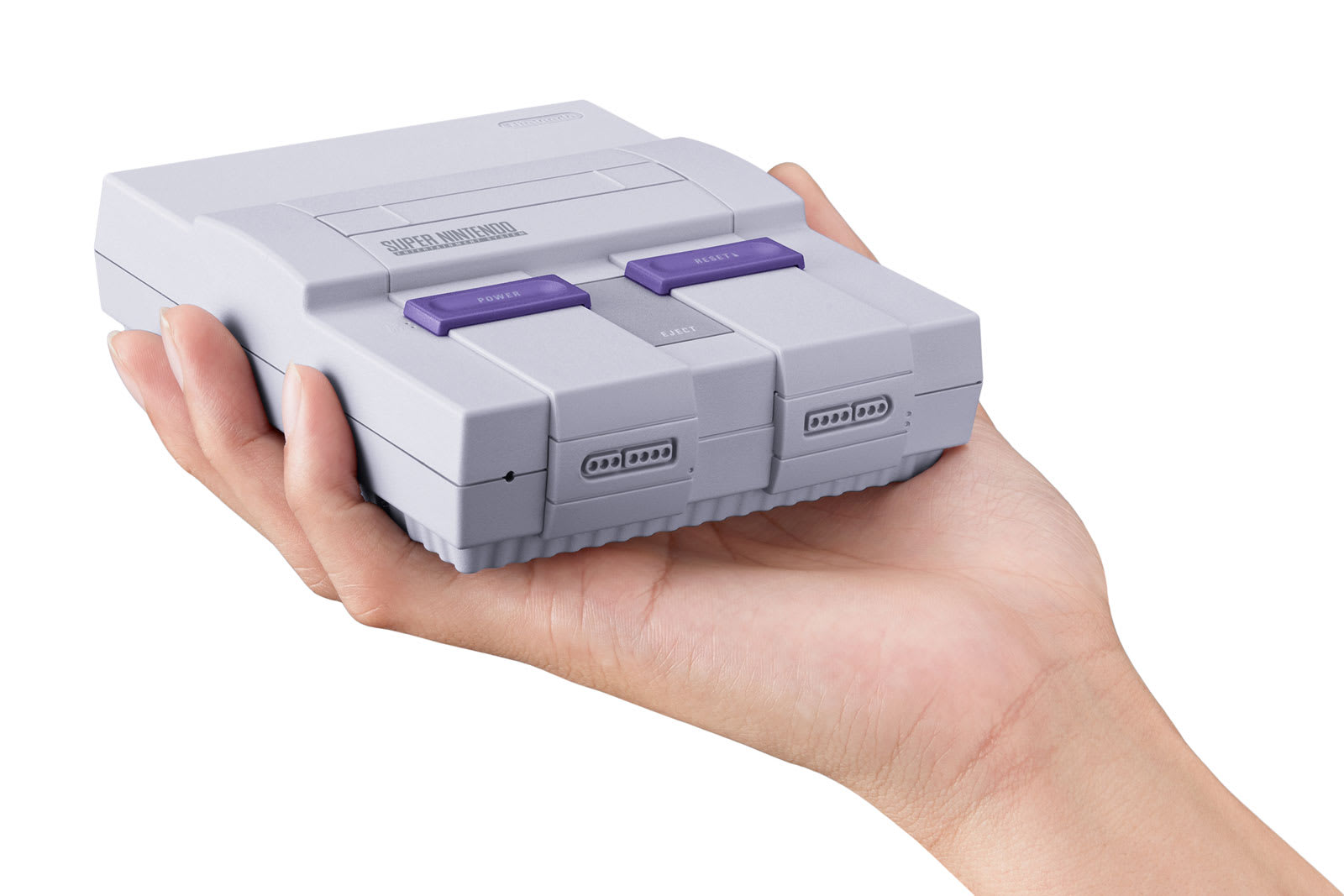 Nintendo's sales strategy for the NES Classic Edition was frustrating, to put it mildly. It shipped so few systems that they sold out almost immediately, and killed the product despite loads of pent-up demand. Will it learn from its mistakes now that the SNES Classic is on its way? Apparently, the answer is yes... maybe. The gaming giant has put out a statement (you can read it below) promising that it'll ship "significantly more" SNES Classics than it did last year's retro console. It's not divulging numbers (that would be spilling trade secrets), but this suggests you might not have to pre-order right away to bring one home. However, you probably don't want to get your hopes up just yet.

The company adds that it's currently planning to ship the SNES Classic only between its September 29th launch and the end of 2017 -- there's "nothing to announce" about shipments in 2018. This doesn't rule out further production runs, but it risks creating a frenzy as people buy either out of panic or to flip systems on eBay for a tidy profit.

And while it's understandable that Nintendo wouldn't provide shipping numbers, the lack of concrete info isn't very reassuring. Will Nintendo accurately forecast demand, or will this just delay shortages for a hot minute? Based on early buzz, the SNES Classic is already poised to sell like hotcakes -- unless there's a truly huge increase in production, there's no guarantee that you'll get one just by waltzing into a store on release day.

At least the machine itself will tackle some problems from last year. Nintendo says the SNES Classic's controllers will use 5-foot cables, or a full 2 feet longer than what you saw with its NES predecessor. You might not have to buy extenders (or sit right in front of your TV) to indulge your nostalgic side.

"Super Nintendo Entertainment System: Super NES Classic Edition is currently planned to ship from Sept. 29 until the end of calendar year 2017. At this time, we have nothing to announce regarding any possible shipments beyond this year."

Source: Time
Coverage: The Verge
In this article: applenews, av, console, gaming, gear, nintendo, snes, snesclassicedition, superfamicom, supernintendo, supernintendoclassicedition
All products recommended by Engadget are selected by our editorial team, independent of our parent company. Some of our stories include affiliate links. If you buy something through one of these links, we may earn an affiliate commission.