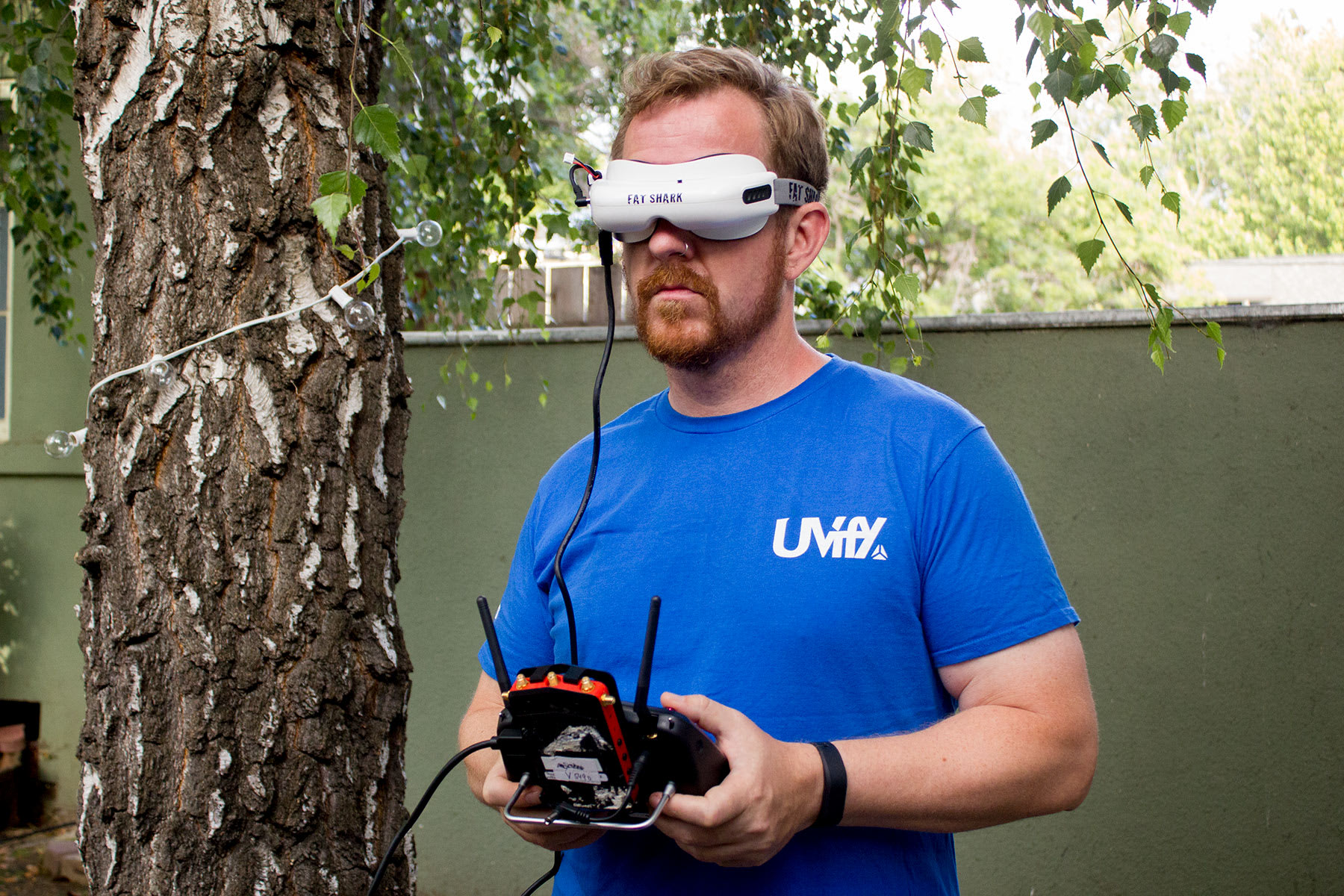 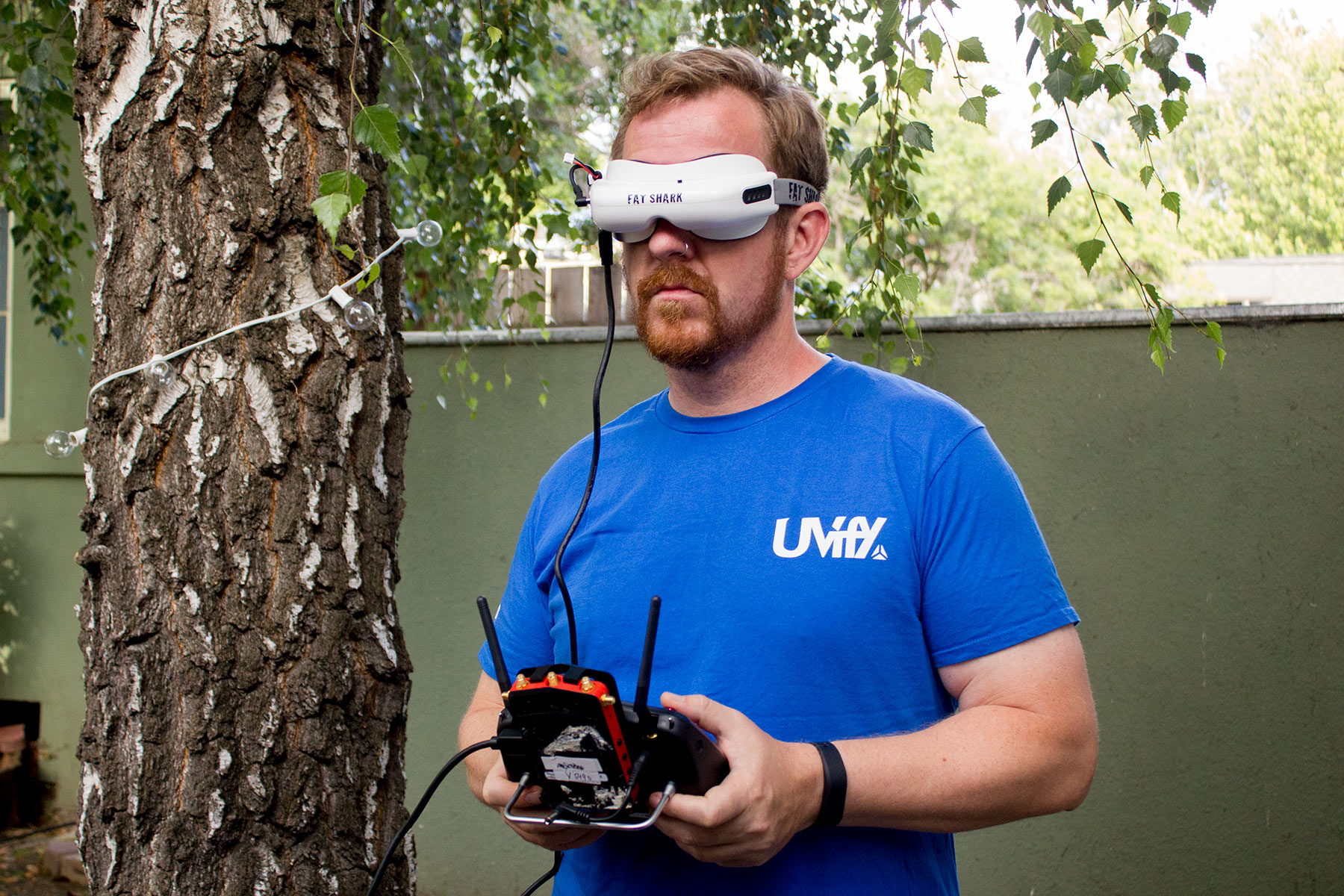 Drones with digital video capabilities already exist, but in the racing world, analog is still king. For now, at least. Fat Shark has been the go-to maker of racing drone goggles for several years, and it's about to double down on digital, which in turn could be the nudge toward dropping analog feeds that the sport needs. The $350 Base HD is the company's first all-digital headset, and it comes with a fancy new 720p LCoS (Liquid Crystal on Silicon) display improved brightness, contrast ratios and clarity and a 28 degree field of view (this might sound small, but drone racing doesn't call for a huge FOV).

Why is this important? Racing drones might be fast, but in terms of core technology, things move fairly slow. While DJI has introduced gesture control and computer vision into their consumer drones over the last few years, the average racing quadcopter has mostly just gotten smaller and quicker. It's still not uncommon to see a racing drone held together by tape or cable ties sporting a shoddily 3D-printed GoPro mount, and for the most part, that's fine. But pilots are due a digital upgrade for their "FPV" (first person view) goggles, and it's slowly starting to happen.

That's not to say there hasn't been some progress. We've seen drones like UVify's Draco and Amimon's Falcore try and sex-up racing drones, and introduce digital video features -- but most of the sport hasn't committed to going digital just yet. Technically, Fat Shark's goggles have been HDMI compatible for a while, but at a lower resolution -- or as a secondary feature to the preferred/usual analog system. The Base HD is designed solely to work with digital systems like Connex ProSight at low latencies.

The problem with analog frequencies is that they're a much more limited resource. It's not unheard of for events to be held up while they wait while someone's hogging one of the frequencies needed for a pilot. And much like your old radio set in the kitchen, analog suffers from interference leading to grainy quality. The Base HD, then, is the first sign that one of the sport's main players is taking digital seriously.

The good news is, that when the headset ships this fall, the Base HD will also play nice with your DJI drones too. If your controller has a connection for HDMI out, you can use one headset for your racer and your photography drone. DJI makes its own goggles, but they're kinda huge and kinda goofy looking (but, to be fair, also very good).

Fat Shark's also pulling itself out of something of a branding black hole. To racing pilots, the old cartoon shark logo and distressed font are familiar, friendly even. But to everyone else, it probably looks more like a beach-front brand of surf clothing, than something belonging to a video headset company. 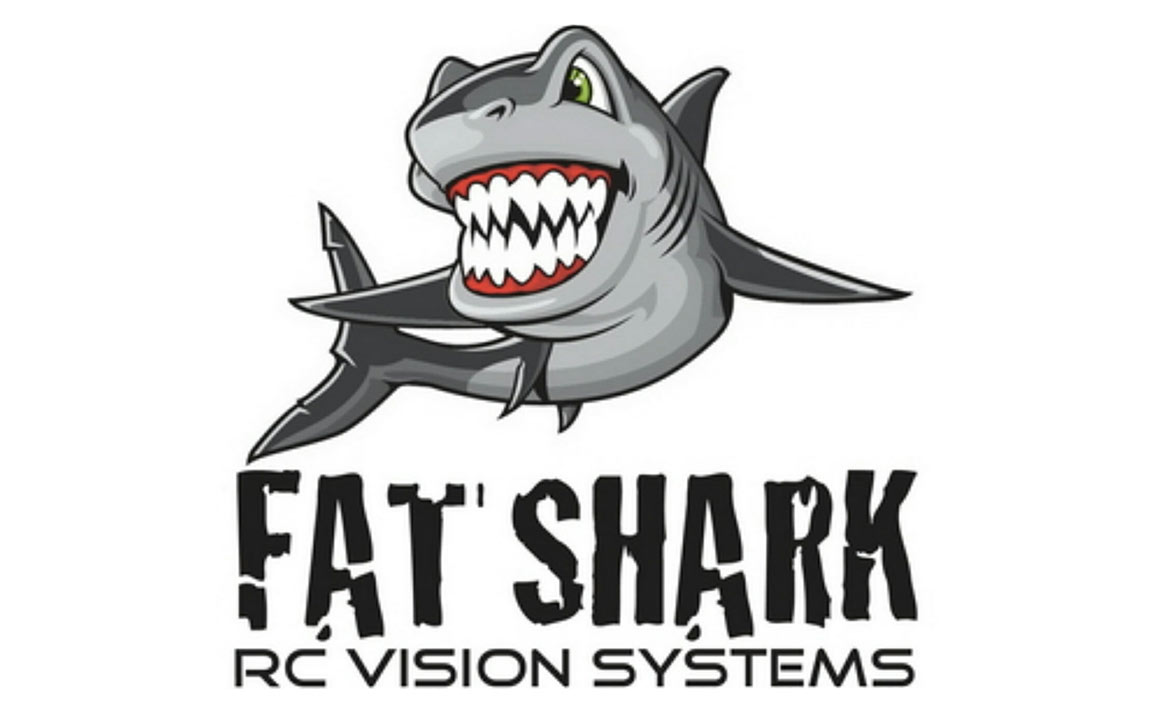 Seemingly something the company was aware of, so it's dropped the shark logo (kinda), and given itself a visual makeover. There's also some new blood in the team from Silicon Valley, with a new CEO -- and co-founder of Avegant (makers of the Glyph) -- moving over to revitalize the brand.

Does this mean we can expect some consumer-grade video goggles to take on the Glyph? Too early to call right just yet, but for now, at least, it looks like 2017 could be the year that drone racing steps out of the hobby shadows.

Source: Fat Shark
In this article: av, basehd, drone, droneracing, fatshark, fpv, gadgetry, gadgets, gear, goggles, racing
All products recommended by Engadget are selected by our editorial team, independent of our parent company. Some of our stories include affiliate links. If you buy something through one of these links, we may earn an affiliate commission.