At long last, Sony has made a seriously compelling flagship. Not only is the Xperia XZ Premium the best-looking handset the company has made in years, but it also boasts a high-end camera capable of extreme slow-mo video recording. It's also one of the first phones to use the Snapdragon 835 chipset, which supports Gigabit LTE speeds where available. Plus, it has a sumptuous 5.5-inch 4K display that is HDR-ready. That's a whole lot of reasons to check out the phone, but is it worth splurging $800 on? Well, that depends on your needs. The XZ Premium certainly looks and feels every bit as expensive as it is. It sports the same somewhat boxy silhouette that the Xperia line is known for, but the gently curving sides, Gorilla Glass-covered front and back and super shiny finish make it attractive and comfortable to hold. In fact, it's so shiny that the phone's rear can double up as a mirror.

Because the XZ Premium is a relatively large phone and also due to its slippery, glossy finish, though, I often came close to dropping it. The good news is, if you drop it into a puddle, the XZ Premium should survive, thanks to its water-resistance.

Although it has a strikingly pretty frame, the XZ Premium's real highlight is its camera. It has a 19-megapixel sensor that uses Sony's new 3-layer technology to snap more rapid-fire pictures than before. It also shoots 4K video that's nice and steady thanks to digital 5-axis stabilization. I liked how pictures and videos turned out -- they were colorful, crisp and vibrant. In fact, I was most impressed when the series of pictures I snapped from a fast-moving cab all turned out sharp and distortion-free.

What truly stands out about the XZ Premium is its ability to shoot slow-mo videos at up to 960 fps. That's four times the framerate of the iPhone 7 Plus, which shoots 240fps at the same 720p resolution. The resulting clips are mesmerizing and smooth. Most importantly, all my subjects looked impressively clear even at snail's pace.

Recording slow-mo comes with a few caveats, though. For one, you'll only capture good-quality footage under optimal lighting conditions, like outside on a bright day. Any time I tried to shoot in the evening or even indoors, the image got noisy.

There also aren't many reasons to use extreme slo-mo. A lot of the action I tried to record wasn't fast enough for it to really look interesting. From waving hands to jumping friends, most regular activities barely show up as movement.

When it comes to faster action though, the XZ Premium really shines. I caught a bird mid-flight, butterfly flitting by, drops of water shooting out of a fountain, and the resulting slow-mo footage was stunning. But even then, the way the feature is applied in the camera app makes it challenging to get the results you want. First, you need to enable slow-mo mode, hit record, then press the onscreen trigger button (not to be confused with the dedicated physical camera button on the phone's right edge).

The device saves about 3 seconds of slow-mo each time you push the button, and you can use it repeatedly as you're recording, but you can only slow down short segments at a time, so you'll really need to know what to expect when you're shooting.

I understand Sony did this by design to prevent slow-mo enthusiasts from quickly eating up storage with these clips. But, unlike the iPhone, you can't edit the footage after the fact to pick precisely when the slow-mo kicks in. You also don't get any say over how long you can shoot in 960fps. Offering these options would make the feature much more useful.

Overall, though, the XZ Premium's camera is a speedy shooter that delivers excellent quality. Its 13-megapixel front camera takes sharp, vibrant selfies even in low light. The pictures looked particularly vivid when viewed on the XZ Premium's lovely 4K display. Sony used the same technology in its Bravia TVs in this handset's panel, and it pays off. Everything from Instagram pictures to YouTube videos were rich and sharp. 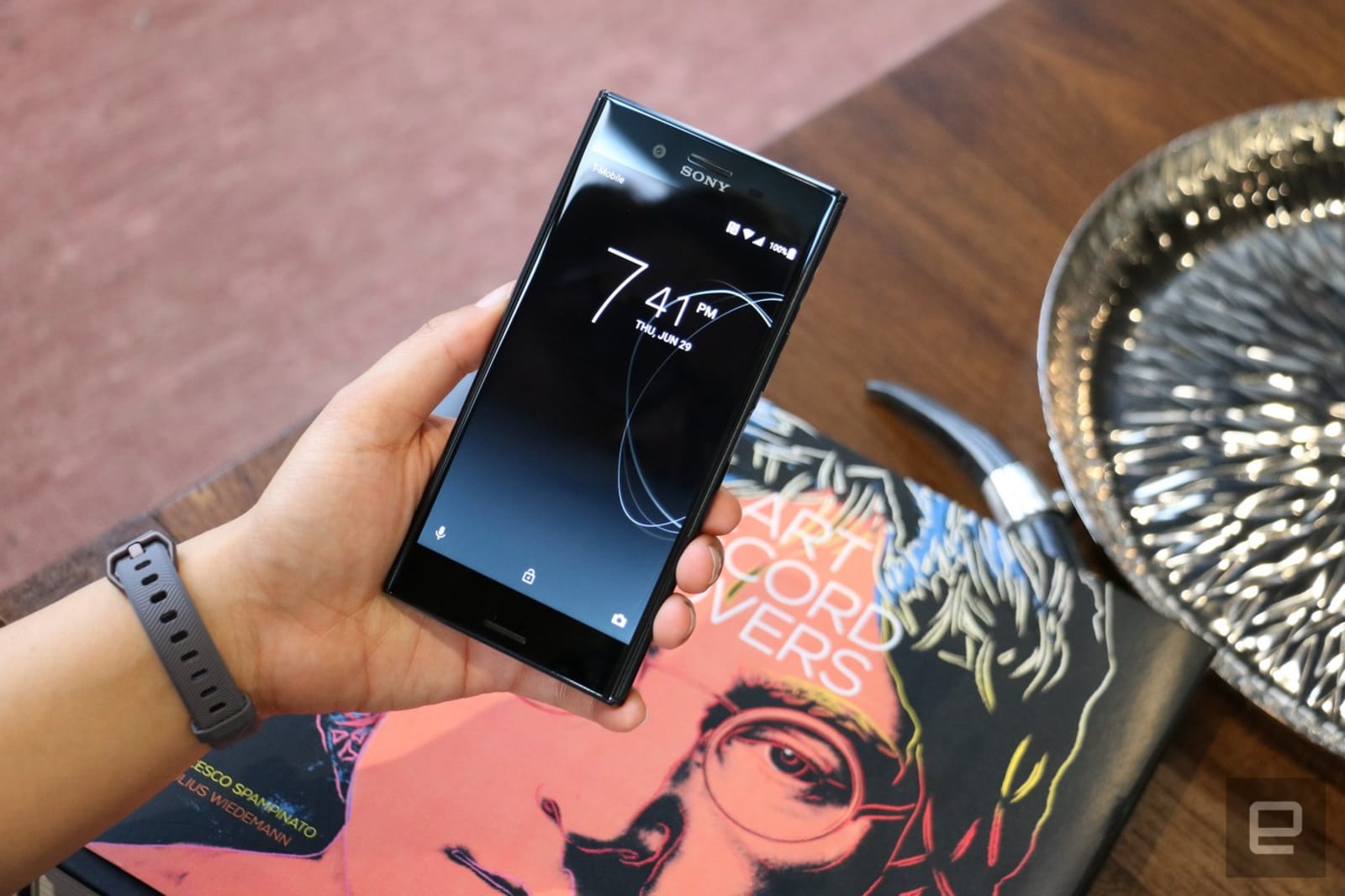 The XZ Premium is also the first smartphone to support HDR, which appears particularly saturated and colorful on this screen. There's not much HDR media floating around at the moment, though, so it's not something you'll notice a lot during typical use. Still, it's a nice touch.

Frankly, I don't have many complaints about the XZ Premium. It held up under intense multi-tasking thanks to the powerful Snapdragon 835 chipset, and the battery generally lasts a full day. Plus, recharging is surprisingly fast -- I usually get about 50% of juice within 30 minutes of plugging in. 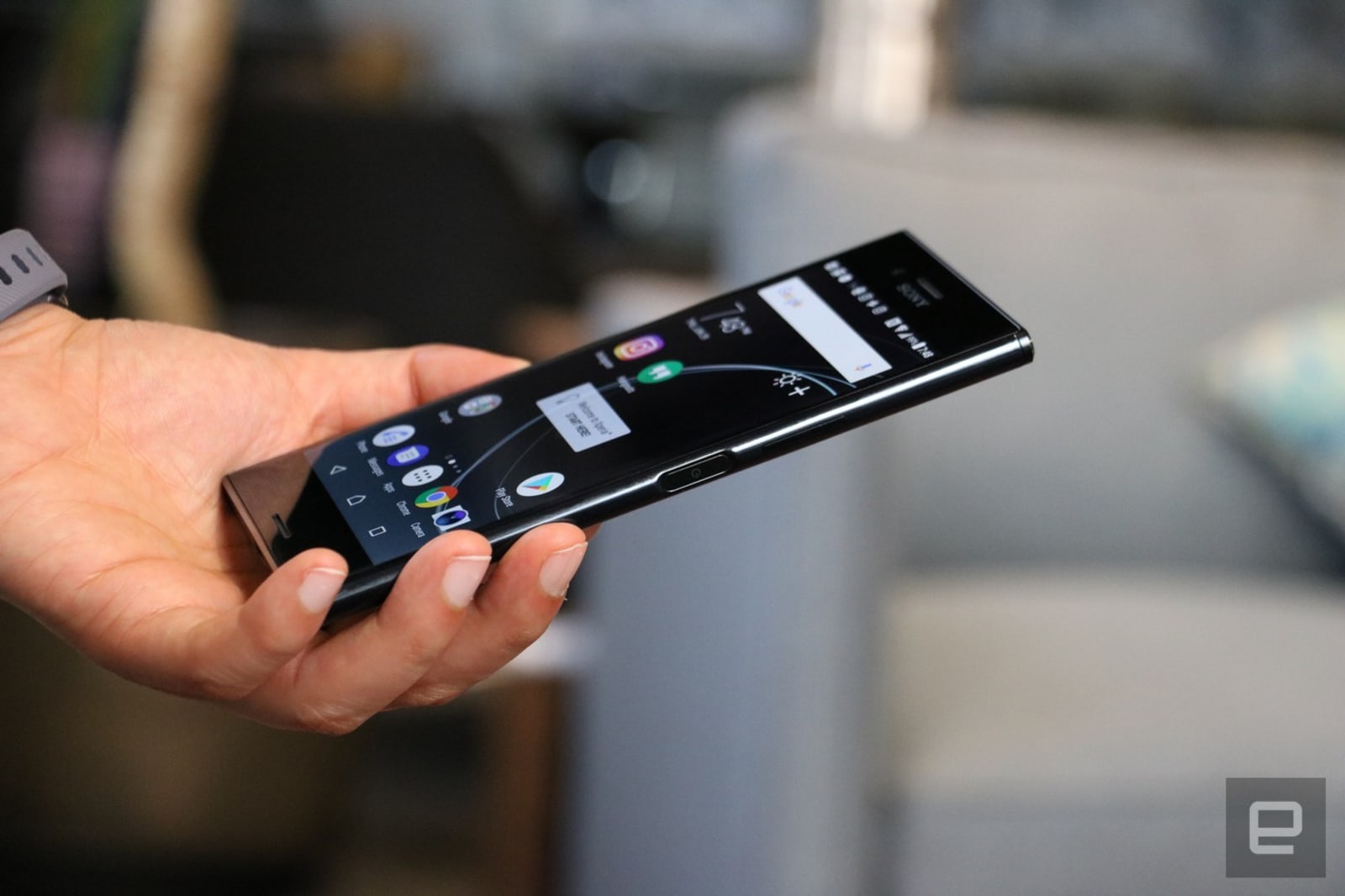 Like other high-end phones this year, the XZ Premium also runs Android Nougat, and Sony's overlaid skin here is lighter than on previous Xperias. Unfortunately, I wasn't able to test gigabit LTE, since it hasn't been deployed in the US yet.

Ultimately, there are many reasons to like the XZ Premium, but at $800, it costs as much as flagships from Samsung and Apple. The thing is, even though its standout slow-mo feature will only appeal to a very select group of people, the XZ Premium is a flagship that can finally contend with the Galaxies and iPhones of the world. Sony (and its fans) should be very proud.

In this article: engadgetIRL, gadgetry, gadgets, gear, irl, mobile, smartphone, sony, SonyXperia, sonyxperiaxzpremium, xperia, xzpremium
All products recommended by Engadget are selected by our editorial team, independent of our parent company. Some of our stories include affiliate links. If you buy something through one of these links, we may earn an affiliate commission.