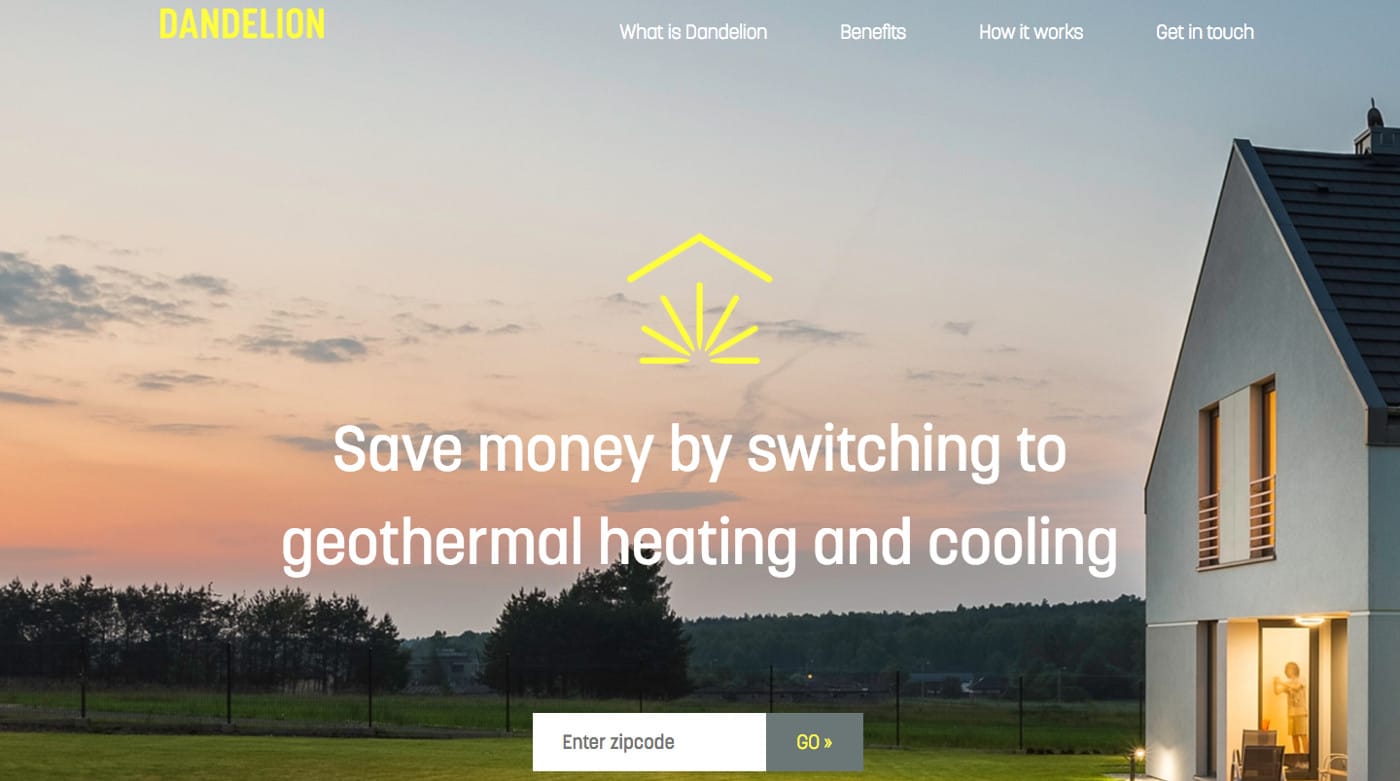 A secret project that started in the labs of X, Alphabet's moonshot factory previously known as "Google X," is now a standalone company called "Dandelion." According to its website, Dandelion aims to make geothermal heating and cooling systems more accessible and affordable, since they're pretty expensive compared to their alternatives. In a statement about the company's launch, Dandelion chief Kathy Hannun said that they started the project, because they "knew if installing a geothermal heat pump was a simpler and more affordable process... homeowners would have access to a better product that's also better for the climate."

A geothermal system includes a heat pump placed inside your house and pipes called "ground or earth loops" buried underground. National Geographic has a detailed write-up of how the technology works, but simply put, when it's hot inside your house, the pump absorbs the heat and dumps it into the earth. In the winter, it absorbs heat from the ground and pipes it into your home instead. That's made possible by the fact that the temperature underground remains relatively constant all throughout the year.

Unlike Waymo, another X spinoff that's operating under Alphabet, Dandelion will run independently outside the tech titan's umbrella of companies. It's now accepting inquiries from interested homeowners, starting with those located in upstate New York -- just type in your ZIP code on its website to find out if your area is already covered.

Via: Business Insider
Source: Dandelion (1), (2)
In this article: alphabet, business, dandelion, gear, geothermalheatingandcooling, google
All products recommended by Engadget are selected by our editorial team, independent of our parent company. Some of our stories include affiliate links. If you buy something through one of these links, we may earn an affiliate commission.