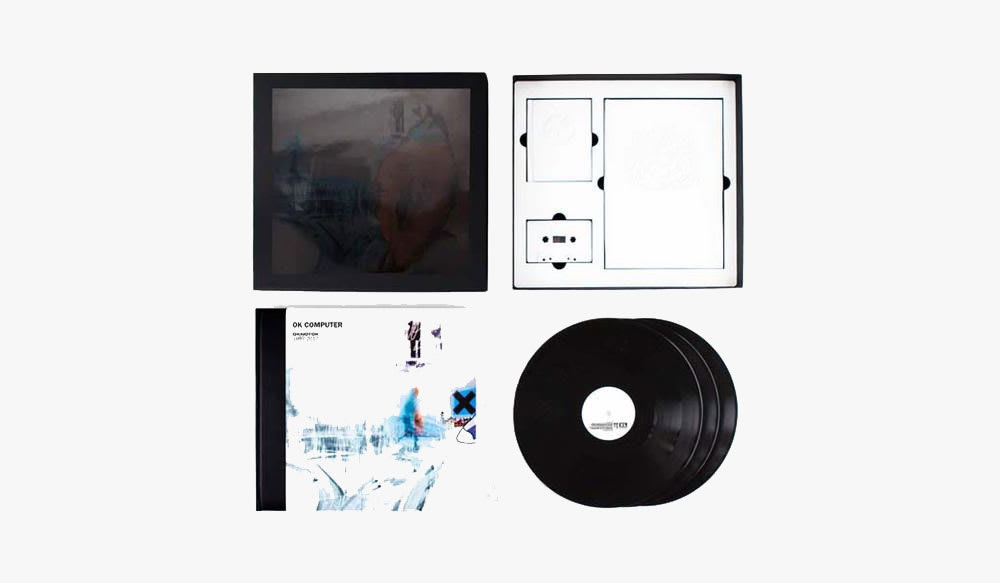 In the age of the hipster, dust-covered and irrelevant mediums like the vinyl and cassette tape have slowly been given a new lease of life. Now, thanks to Radiohead, it looks like popular British computer the ZX Spectrum might be the next '80s relic to come back into fashion. Celebrating the 20th anniversary of the band's genre-bending opus, OK Computer, Radiohead has released a £100 commemorative special edition of the album, entitled OKNOTOK.

As well as containing a beautiful looking art book, a collection of Thom Yorke's notes and the expected limited edition vinyl of the album, the package also comes with a classic C90 cassette. While the vast majority of the 90-minute tape houses a collection of rare demos from the band, the last two minutes treat listeners to a bizarre high-pitched frequency. Quickly identified by Redditors as the grating greeting of the ZX Spectrum, one passionate YouTuber has cleverly EQ'd those digital squawks and squeaks to perfectly match the aging computer's audio language.

Running those EQ'd files through a ZX Spectrum emulator, the software pops up with the names of all the band members, dating the software back to the 19th December 1996. After the introduction, all that hard work is finally rewarded with some scrolling text and a seemingly random arrangement of bloops and bleeps. It's a bizarre but very cool little Easter egg, and thanks to YouTuber OooSLAJEREKooO you can save yourself some time and check out a video of the whole thing below.

This isn't the first time that Radiohead have experimented with unusual mediums. For the release of 2013s King of Limbs, the genre-bending band brought out a companion iOS app called Polyfauna, with singer Thom Yorke even releasing a solo album directly onto BitTorrent. Radiohead isn't alone in toying with retro ways to release its art, with artist Batch Totem recently cramming his entire album onto a floppy disk.

If the strange arrangement on Radiohead's Spectrum tape wasn't enough musical mystery for you, there's also a suitably silly hidden message concealed in the program's black-on-black squares. "Congratulations....you've found the secret message syd lives hmmmm. We should get out more." Is what the message reads. Are they referring to the late Pink Floyd guitarist Syd Barret? Who knows.

Given what we've just seen though, getting out more sounds like some pretty solid advice guys.

Source: Ars Technica
In this article: entertainment, internet, okcomputer, radiohead, retro, ZxSpectrum
All products recommended by Engadget are selected by our editorial team, independent of our parent company. Some of our stories include affiliate links. If you buy something through one of these links, we may earn an affiliate commission.