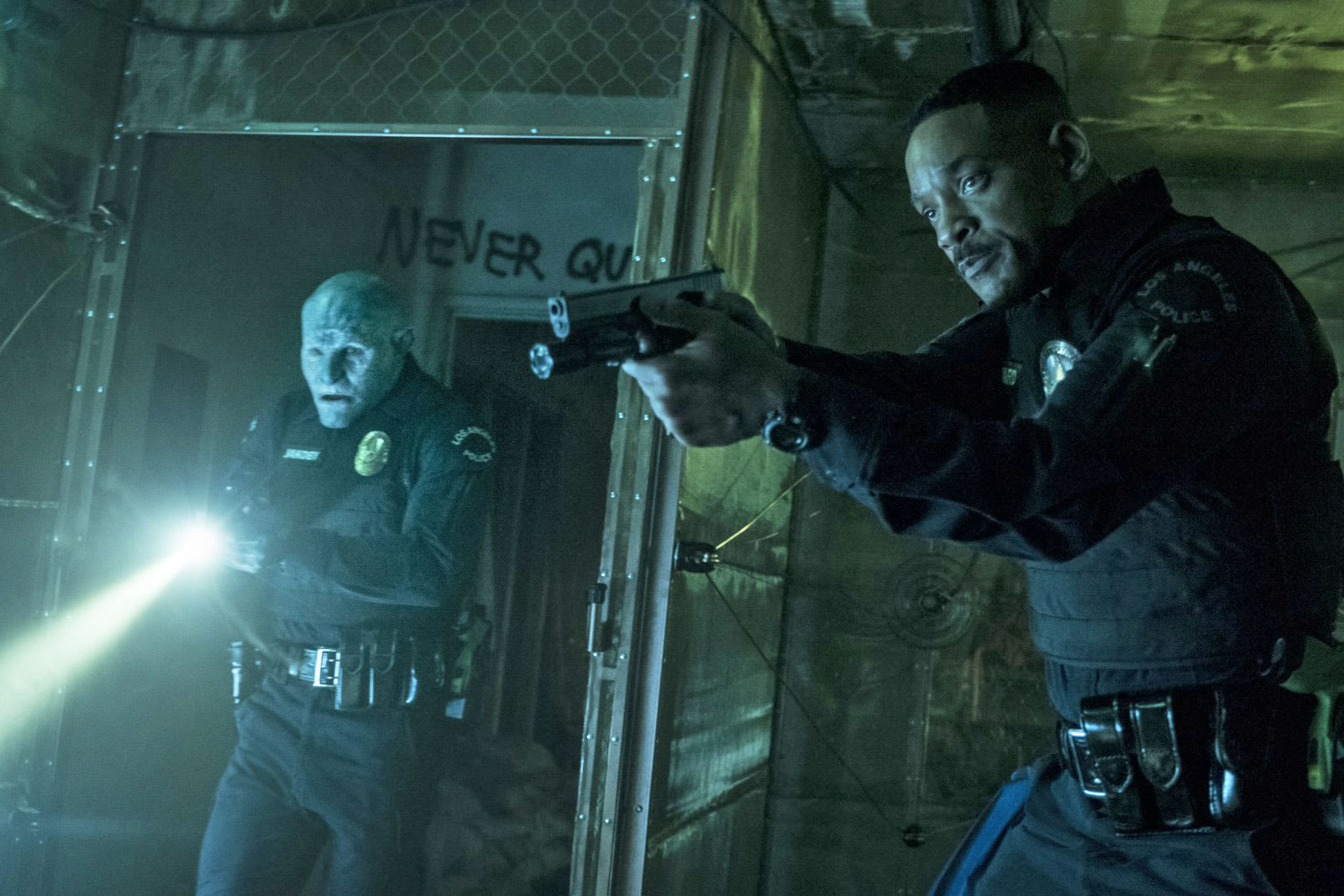 Netflix has some 40 original movies due for release this year, but the highest profile release will likely be Bright. Directed by David Ayer (Suicide Squad, End of Watch), it stars Will Smith and Joel Edgerton as a pair of cops, but the twist is that they live in a world with orcs, fairies and elves. Following a panel appearance at Comic-Con Netflix posted this three minute trailer on YouTube, giving us our first good look at the movie ahead of its December 22nd release date.

Getting ready for our Hall H panel. You coming? #SDCC #BrightMovie pic.twitter.com/xdNhtet9Ph

So how does it look? Despite the objections of Christopher Nolan and his ilk, it appears that Netflix can deliver on a big budget fantasy flick. The service paid a reported $90 million for the flick, and visually it delivers. It's still too early to know if it will impress critics more than Ayer and Smith's last effort with SS, but if things go well Netflix is apparently considering making this a franchise.

Source: Netflix (YouTube), Netflix
In this article: av, Bright, comiccon2017, DavidAyer, entertainment, JoelEdgerton, Netflix, SDCC, sdcc2017, trailer, video, WillSmith
All products recommended by Engadget are selected by our editorial team, independent of our parent company. Some of our stories include affiliate links. If you buy something through one of these links, we may earn an affiliate commission.