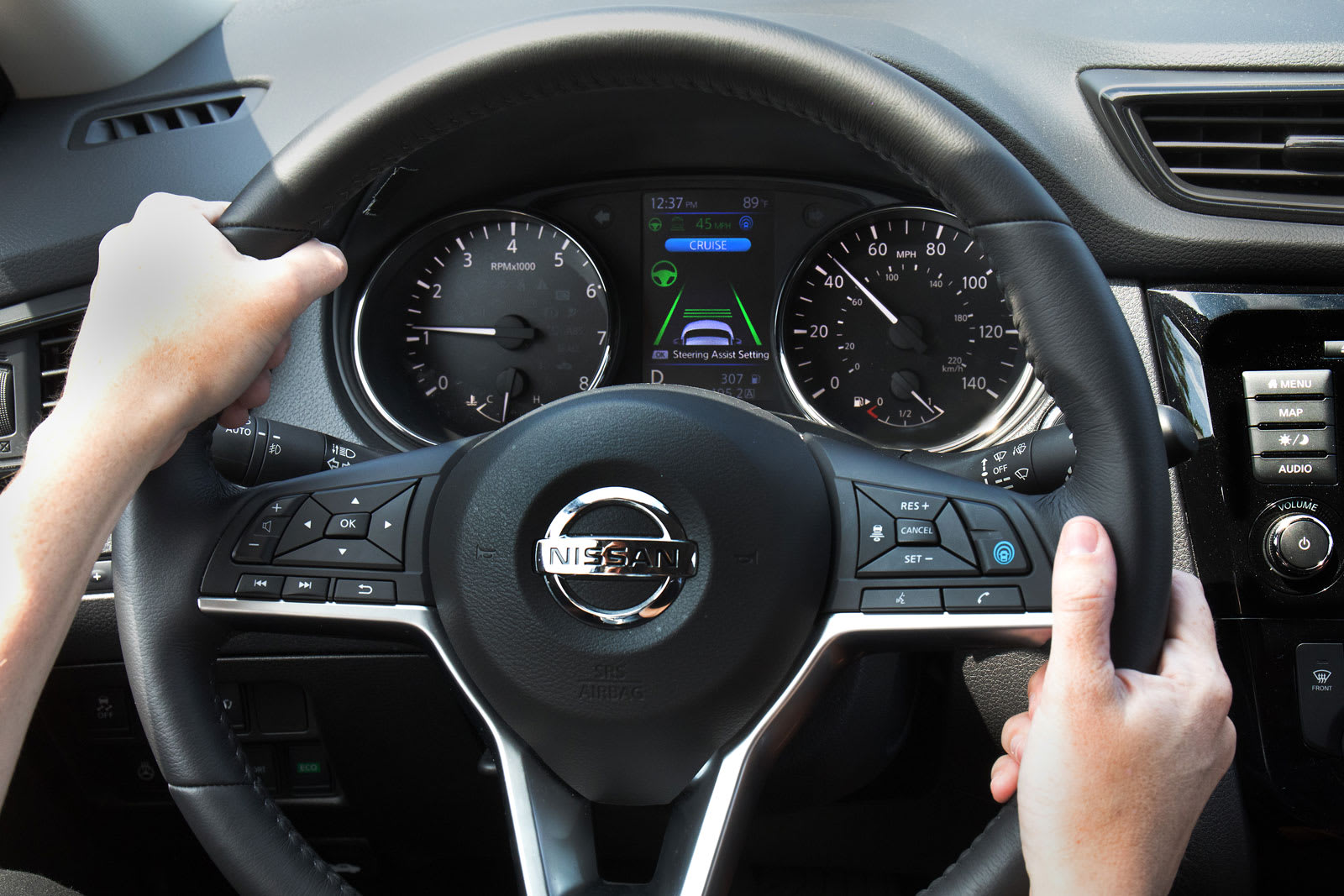 Nissan is one step closer to bringing its semi-autonomous ProPilot Assist feature to American roads. The automaker has shed more light on the US-optimized version of the assistant ahead of its launch in the new Leaf near the end of 2017. As Nissan stresses, the initial version is intended only to make life easier during single-lane highway driving. Think of it as a sort of Autopilot lite. It'll use a camera, radar and sensors to keep you in your lane, maintain speed and brake if the driver ahead slows down, but it won't change lanes, handle city streets or brake in an emergency. It's definitely not a hands-free option -- it'll deactivate if you have a less-than-firm grip on the steering wheel.

Not that this is necessarily a bad thing. Our Autoblog colleagues tested the feature, and it's about as easy as setting cruise control. You just have to tap two buttons to invoke ProPilot, and it'll auto-resume when you change lanes yourself. Really, this is about eliminating the need for the constant input needed to stay on course and at a reasonable distance from the car up ahead. If you're the sort who sweats at the very thought of braving the highway during rush hour, this might reduce your stress levels.

It's going to be a while before Nissan is competing more aggressively with other brands adding autonomy to their vehicles. ProPilot Assist is due to support multi-lane highways within 2 years, and city roads within 4 years. Full self-driving capability is going to take longer still. It's hard to completely fault Nissan for exercising caution, though. Whether or not you believe a feature like Tesla's Autopilot is truly ready, it's clear that humans aren't used to the concept of letting cars drive themselves. Nissan's focus on basic features might as exciting as watching paint dry, but it could help ease people into the concept of letting their car steer itself.

Via: Autoblog, Detroit Free Press
Source: Nissan
In this article: car, gear, nikon, nissan, propilot, propilotassist, semi-autonomous, semiautonomous, transportation, vehicle
All products recommended by Engadget are selected by our editorial team, independent of our parent company. Some of our stories include affiliate links. If you buy something through one of these links, we may earn an affiliate commission.