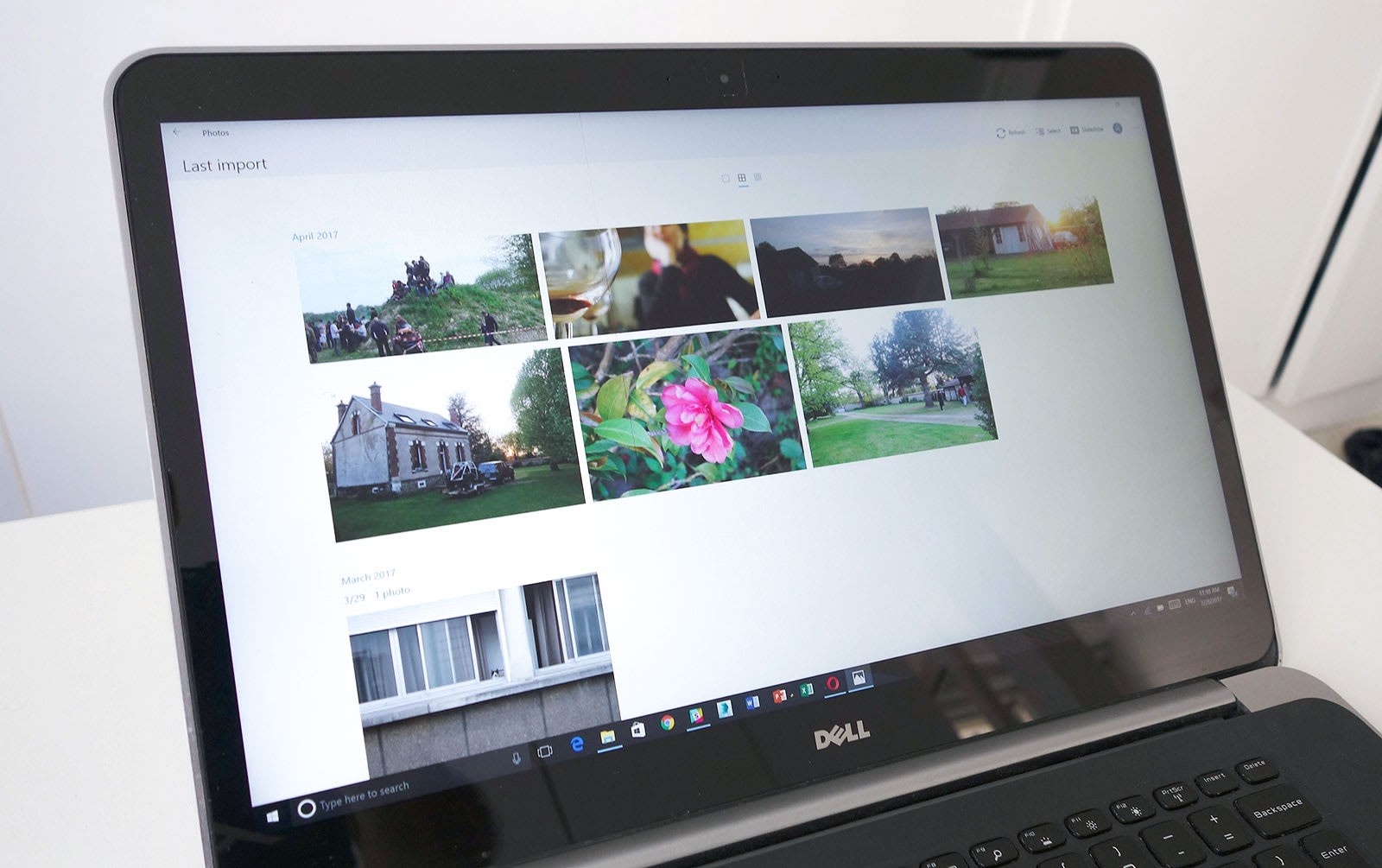 Microsoft's upcoming Photos app is getting AI image search so that it can spot and classify objects, much like Google Photos and Apple Photos can. Spotted by Windows Central, the latest Insider Preview version of the app now has a search bar that you can use to enter terms like "flower," "wine bottle," and "bar." It will then use a cloud-based image recognition algorithm to pick and sort out those items in your photo collection, much as the rival apps do.

The first time you use it, the Microsoft Photos will index everything, a process that takes about a second per image, Windows Central notes. Afterwards, all the indexing is stored locally, so you can search and sort by objects, colors and other terms very rapidly. (If you're uncomfortable with the idea of sorting people by facial recognition, you can opt out fairly easily.)

Similar again to how Google Photos works, Microsoft Photos will put together and let you confirm suggested albums to keep photos shot around the same place and time in a similar theme. The AI search will also suggest photo albums based on tags like "cats," for instance.

The feature is starting to become indispensable for OneDrive or Office 365 users, who can store up to a terabyte of data as part of their subscriptions. That's a lot of photos, so having an AI to manage them will make your collection less unwieldy.

The new Photos app is in it the very early beta stages, as the features are only on the Insider Preview and not the other beta sites (Fast Ring, Skip Ahead or Production). So Microsoft presumably wants to test this pretty thoroughly before releasing it, likely with the Fall Creators Update due sometime in, well, the fall.

Via: Windows Central
In this article: AI, app, FallCreatorsUpdate, InsiderPreview, IntelligentSearch, microsoft, OneDrive, personal computing, personalcomputing, Photos, Windows10
All products recommended by Engadget are selected by our editorial team, independent of our parent company. Some of our stories include affiliate links. If you buy something through one of these links, we may earn an affiliate commission.