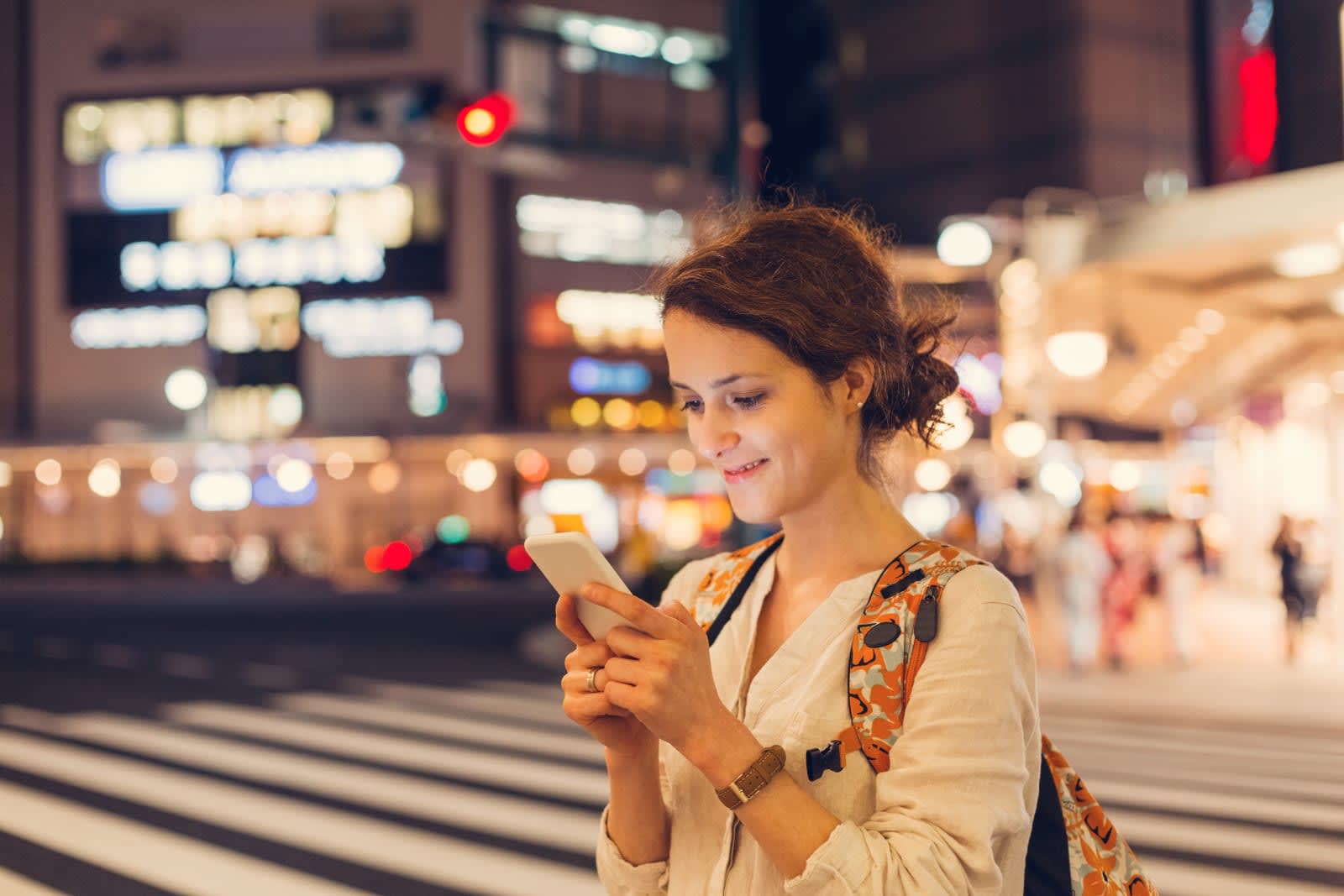 Cities have tried innumerable measures to keep pedestrians' eyes off their phones when they cross the street, and there have even been some state-level attempts at legislation to force a change in behavior. Honolulu, however, has officially drawn that line in the sand -- it's the first major US city to pass a law that fines you for crossing the street while using your phone. As of October 25th, the Hawaiian burg can ask you to pay between $15 to $99 if you're caught looking at a mobile device while you're strutting the crosswalk. How much you pay depends on whether or not you're a repeat offender. There is an exemption if you're calling emergency services, though, so don't feel guilty about dialing 911 while you rush to the scene of a crash.

Honolulu has a better reason than most US cities to adopt this kind of ban. Mayor Kirk Caldwell notes that his city has more crosswalk impacts than "almost any other city" in the US, so the fines could have a sizeable impact even compared to smartphone-addicted cities like New York or San Francisco. Reuters points out that over 11,000 crosswalk injuries could be blamed on phone use between 2000 and 2011 alone, and most of that was before smartphones took off.

There are certainly some outstanding concerns with the law. Critics contend that Honolulu would be better off educating people about responsible phone use than asking police to stop you while you're in mid-text. Surely there are bigger crimes to deal with, opponents argue. However, the bigger problem may be the consistency of enforcement. As with many minor infractions, police may decide to look the other way unless this leads to something more serious (in this case, a collision). The fine may just be a formality, a penalty you pay on top of whatever other punishment you're already facing. Still, the law might be a success if it persuades even a few people to pay attention.

Via: Reuters
Source: Honolulu.gov
In this article: crosswalk, distractedwalking, gear, hawaii, honolulu, law, legislation, mobile, politics, safety, smartphone
All products recommended by Engadget are selected by our editorial team, independent of our parent company. Some of our stories include affiliate links. If you buy something through one of these links, we may earn an affiliate commission.