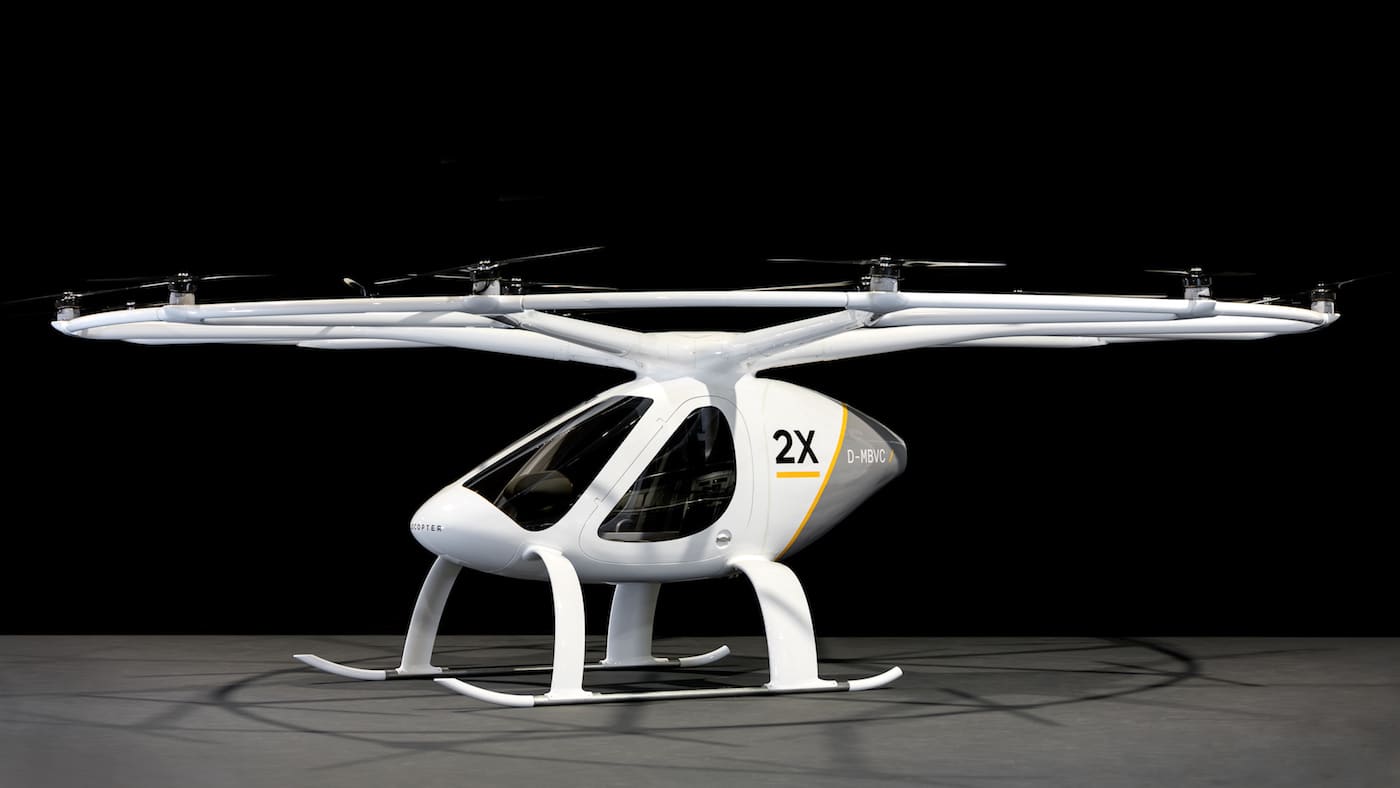 Volocopter just got a $30 million cash injection, thanks to a few investors, including fellow German firm Daimler. The automaker's contribution can help the company stick to its timeline and its plans to release its first autonomous electric air taxis next year. Volocopter has been working on the creation of a personalized air transport system for years and completed the first manned test flight of its multicopter in 2016.

In April, the company introduced its newest model, an electric vertical take-off and landing aircraft called Volocopter 2X that can be piloted by anyone with a Sport Pilot License during its test flights. It also teamed up with Dubai to conduct the first demonstrations of the autonomous version of its air taxi in the fourth quarter of 2017. Dubai is probably the best place for Volocopter to conduct its pilot trials, considering the city is planning to carry out 25 percent of passenger transport through autonomous vehicles by 2030.

That's also why Daimler is the perfect financier. In its funding announcement, Volocopter said automakers are "intensely interested in the mobility of the future," such as autonomous driving or electrical mobility. "Daimler is therefore a very valuable strategic partner," the company added.

Via: VentureBeat
Source: Volocopter
In this article: airtaxi, daimler, flyingtaxi, gear, transportation, volocopter
All products recommended by Engadget are selected by our editorial team, independent of our parent company. Some of our stories include affiliate links. If you buy something through one of these links, we may earn an affiliate commission.