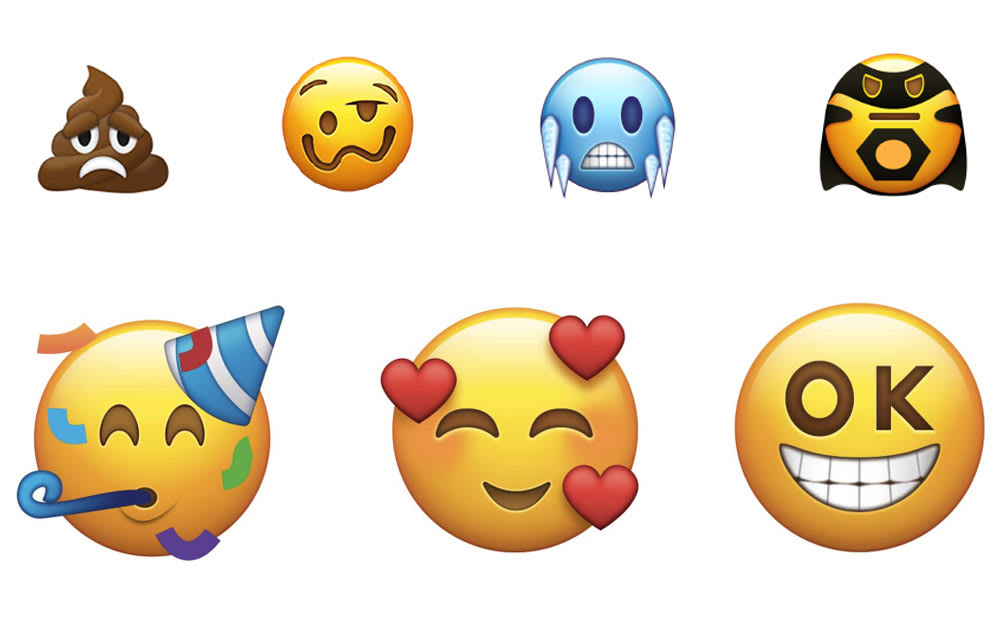 It's only been a month since the Unicode Emoji Consortium released version 10 of the colorful little communication icons, including more diverse images along with zombies, a T-rex and (yes) a sandwich icon. Now, though, the group has yet another set of proposed emojis for next year. Along with more math and science items and a silly drunk face emoji, the new group of 67 tiny pictures includes, wait for it, a new sad poo emoji.

The top two requested emoji in this list are "face with smiling eyes and party horn and party hat," which I guess is sort of a "let's party" emoji, along with "frowning face with question marks as eyes," which is totally going to be my go-to "WTF" emoji when it shows up on my iPhone.

The other proposed images range from a self-explanatory "smiling face with smiling eyes and three hearts" to a more complex image like "blue face with clenched teeth and icicles." There are body parts, like the tops of various heads (including a bald one), items of clothing like a hiking boot and lab coat, new animals like a llama and hippopotamus, more foods like a "moon cake" and mango and various activity emojis like "flying disc" and firecracker. Other proposals include cool science objects, like a test tube and DNA double helix, as well as stuff like a roll of toilet paper (handy when stuck in the bathroom with only your phone and one of the two poop emojis) and a ball of yarn.

These are all just draft emojis, of course. The final encoding in Unicode 11.0 isn't set to release until June of 2018. The final candidates will be decide in the fourth quarter of this year, and decided in the first quarter of 2018. The Emoji subcommittee says that it received many proposals for new emoji that weren't "well-formed." The authors have been informed of the need to re-submit, so the list can change at any time.

Via: The Verge
Source: Unicode
In this article: emoji, frowningpileofpoo, gear, internet, mobile, recommended, TL18MOJI, unicode
All products recommended by Engadget are selected by our editorial team, independent of our parent company. Some of our stories include affiliate links. If you buy something through one of these links, we may earn an affiliate commission.