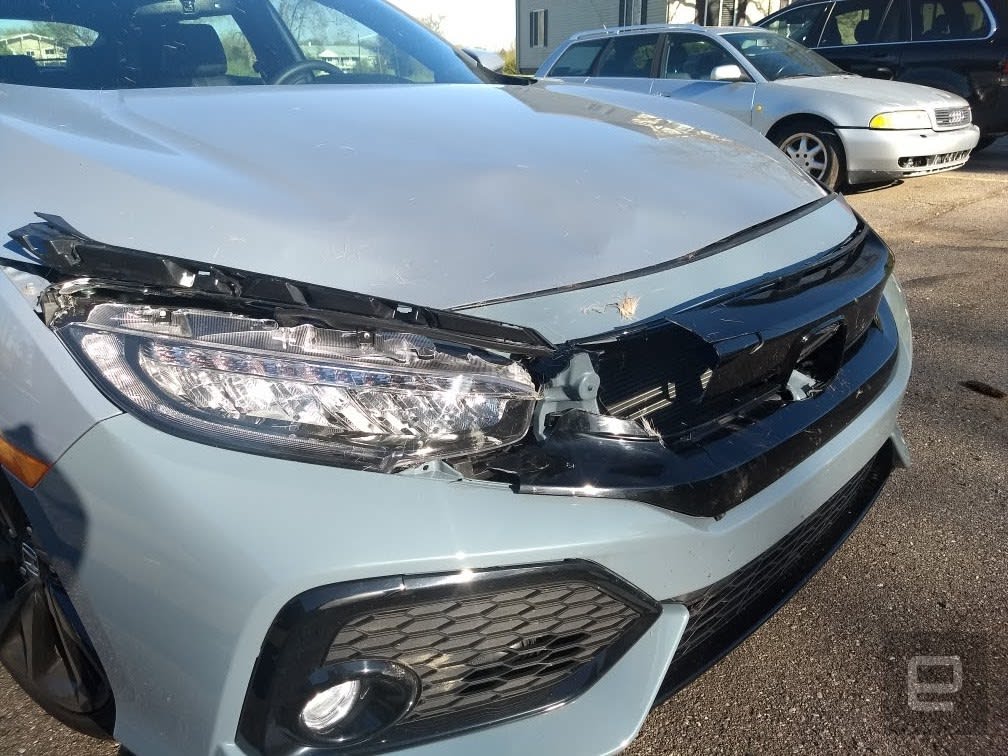 Hobbyists aren't the only ones using the phone and drone cameras to explore the world in new ways, as insurance companies are increasingly opting for "virtual" or "touchless" handling of claims. The Wall Street Journal cites the 2017 Future of Claims Study survey by LexisNexis Risk Solutions (PDF) which found that 38 percent of insurers don't send employees out for physical inspections in at least some situations. One story mentioned says that Lemonade Insurance settled and paid out a claim in just three seconds using the AI bot connected to its app.

Companies like DJI are tweaking their drones for property surveying that works for construction and insurance, while auto insurance companies are leaning on self-service apps to make estimates. According to the WSJ, this is a part of rising customer satisfaction with insurance claims over the last few years as measured by JD Power. It's also something I unexpectedly got a closer look at earlier this year when I ran into a deer.

Using my insurance company's app I sent in pictures (including the one shown above) the next day and within a few hours had an estimate that I could take to repair shops. It didn't do much to speed up the process, unfortunately, as part shortages kept my car in the shop for over a month. Also, my photos of the outside of the car didn't reveal the damage to internal parts like the radiator and turbo mount, which may have caused more back and forth later, but weren't much of a factor in how much time the repairs took. It was more convenient than needing to arrange an appointment with an agent, but it still shows that some things are better done by an expert.

Source: Wall Street Journal, LexisNexis (PDF)
In this article: apps, business, chatbot, claim, drone, gear, insurance, insuranceagent, self-service, touchless, virtual
All products recommended by Engadget are selected by our editorial team, independent of our parent company. Some of our stories include affiliate links. If you buy something through one of these links, we may earn an affiliate commission.