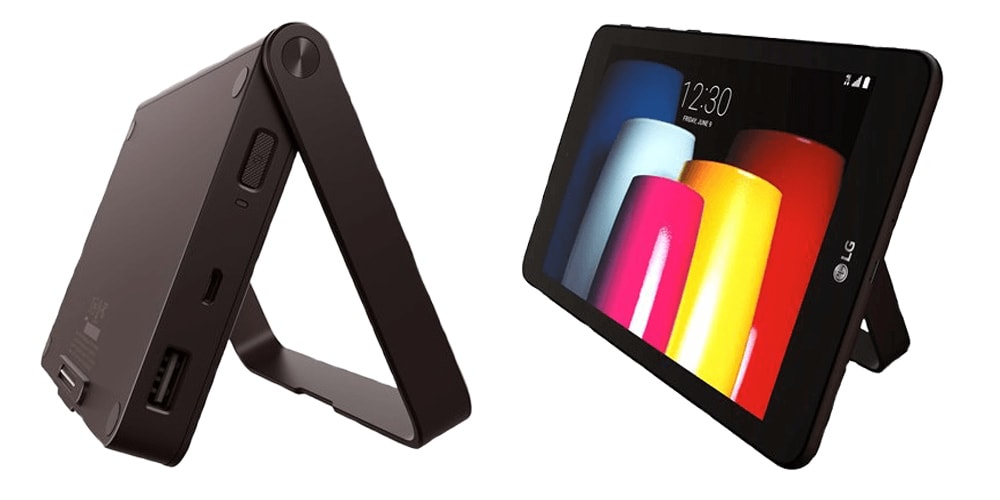 Since Android tablet sales have fallen off a cliff (to the benefit of Windows and Chromebook convertibles), companies have to do something, anything to make them more enticing. Case in point is LG, which has launched the GPad X2 8.0 Plus, according to a T-Mobile leak spotted by Android Police. The device itself is pretty humdrum, but what makes it interesting is the optional dock that gives you a 4,100 mAh battery boost, stereo speakers and a USB port.

Rather than going for better specs, LG and T-Mobile are offering the GPad Pack Plus dock, which attaches to the tablet via a set of pogo pins. That could easily stand-in for a Bluetooth speaker that happens to have a tablet attached, assuming the sound quality is decent. Since it supports LTE, you can stick in a nano-sim to get music and videos on the road.

If nothing else, this shows that Android tablet vendors are feeling the need to get more creative. Apple is still selling plenty of iPads, thanks in part to and effort make them more powerful and business-oriented with the iPad Pro lineup. However, Android tablets are suffering because business users prefer Windows-powered convertibles like the Surface Pro -- or, if money is an issue, Chromebooks, which are also becoming more like tablets.

Via: Android Police
Source: T-Mobile
In this article: GPad, GPadX28.0, lg, mobile, Tablet
All products recommended by Engadget are selected by our editorial team, independent of our parent company. Some of our stories include affiliate links. If you buy something through one of these links, we may earn an affiliate commission.