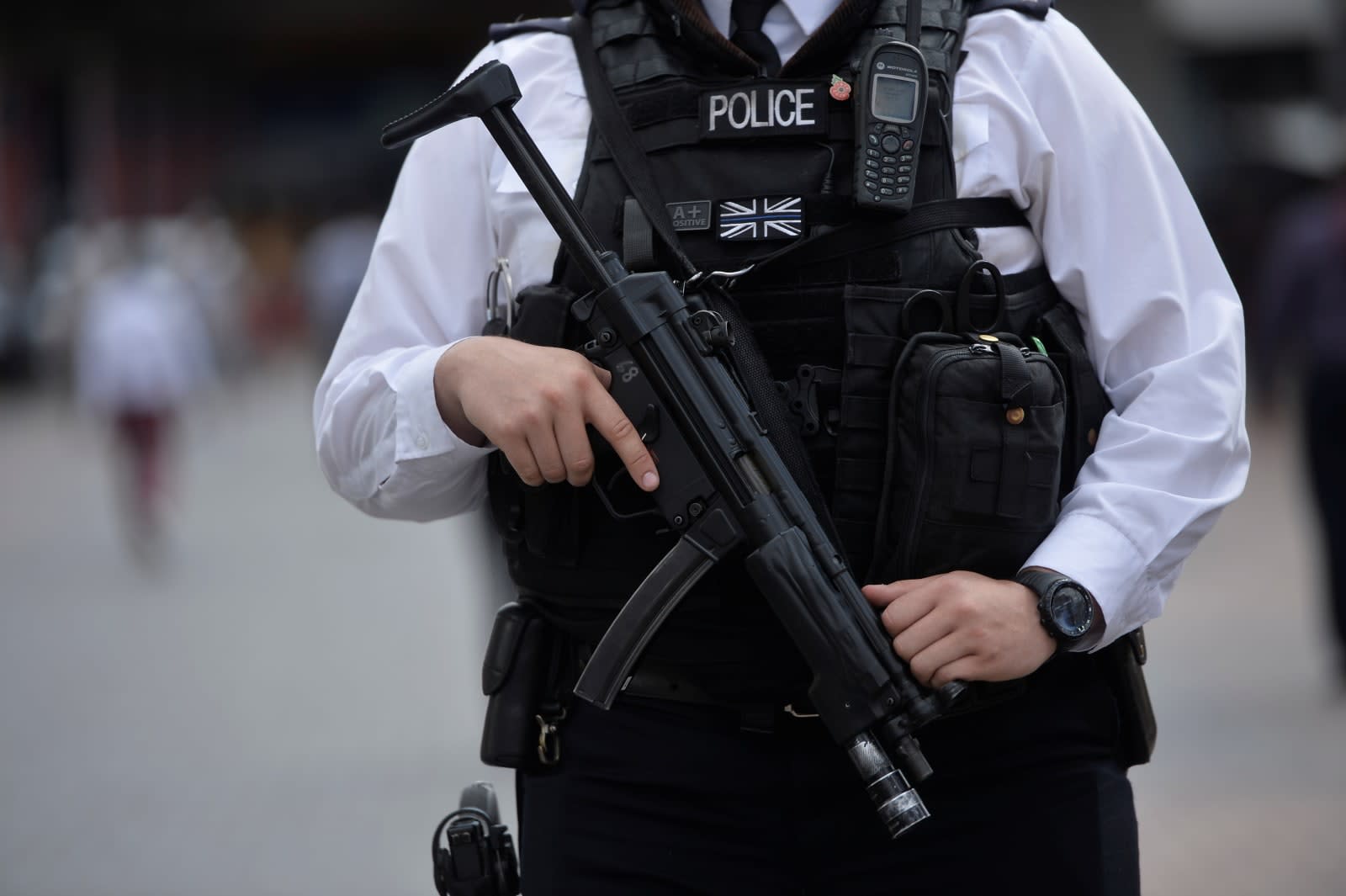 London's Metropolitan Police Service (MPS) will soon issue body-worn video cameras to armed officers. Members of the city's Firearms Command will be required to wear them on their caps or ballistic helmets in the field. The placement differs to regular police officers, who wear them on their shirt or jacket, to prevent obscured recordings while raising or firing a weapon. It's hoped the new deployment will make officers more transparent and accountable, improving public trust in the process. Cameras could also serve as a deterrent both for officers considering misconduct and members of the public on the cusp of breaking the law.

In October 2016, the MPS announced it would be giving cameras to more than 22,000 London police officers. To date, more 17,500 cameras have been issued, covering frontline bobbies in 30 of the city's 32 boroughs. Together, they've recorded 785,000 videos, of which 460,000 were automatically deleted as part of the Met's policy on data retention. The remaining two boroughs will receive their cameras before the next bank holiday on August 28th. The full deployment won't be completed, however, until the end of October, once specialised units such as Trident and the Homicide and Major Crime Command have been equipped.

The roll-out to armed officers follows a bunch of other bespoke teams, including the Roads and Transport Policing Command, the Territorial Support Group and the Dog Support Unit. "Officers who carry an overt firearm as part of their role very much welcome the use of Body Worn Video," Commander Matt Twist, in charge of the Firearms Command, said. "It provides a documented and accurate account of the threats officers face and the split second decisions they make. The cameras also offer greater transparency for those in front of the camera as well as those behind it."

Armed officers will be wearing the Axon Flex 2, a ruggedized camera that can shoot high-def video with a 120-degree field of view. Police must manually trigger a recording, which is signalled with a quick beeping noise and a flashing red light on the front of the camera. Officers are also instructed to tell the public when they're being recorded. The resulting footage is stored on a secure server once the camera has been "docked" at a police station. Videos can then be retrieved for court trials and other legal proceedings, otherwise they are automatically deleted "within 31 days."

As the Telegraph notes, fatal police shootings are on the rise. The Independent Police Complaints Commission found six instances last year, the highest number recorded since it started collecting statistics in 2004. While concerning, the IPP has stressed there are "many thousands of authorised firearms operations" each year, and that each trigger-pull need to be independently investigated. Of the six, three have been examined and so far no misconduct has been found. Still, body-worn cameras could prove vital in future investigations, ensuring the truth is always uncovered and that, ultimately, weapons are only used when absolutely necessary.

Source: Met Police
In this article: bodycameras, bodyworncameras, cameras, gear, headcam, headcameras, metpolice, metropolitanpolice, police
All products recommended by Engadget are selected by our editorial team, independent of our parent company. Some of our stories include affiliate links. If you buy something through one of these links, we may earn an affiliate commission.