"Nokia" and "return" are two words that have been forever glued together since I joined Engadget six years ago. Over the past decade or so, this publication has talked plenty about the company's smartphone ups and, in particular, its downs. Today, it lives on as a brand owned by fellow Finnish company HMD. Eight months since it started making Android phones in the Nokia name, it's revealing a big-screened "flagship" to go up against the Galaxy S8s and iPhones that dominate the smartphone world. As soon as you see the copper-finished Nokia 8, you'll probably agree it's a gorgeous device, as ever. It also offers plenty of camera tricks, again, and it's aimed at young creative types, yet again. But if the plan was to succeed, what was Nokia to do differently this time? 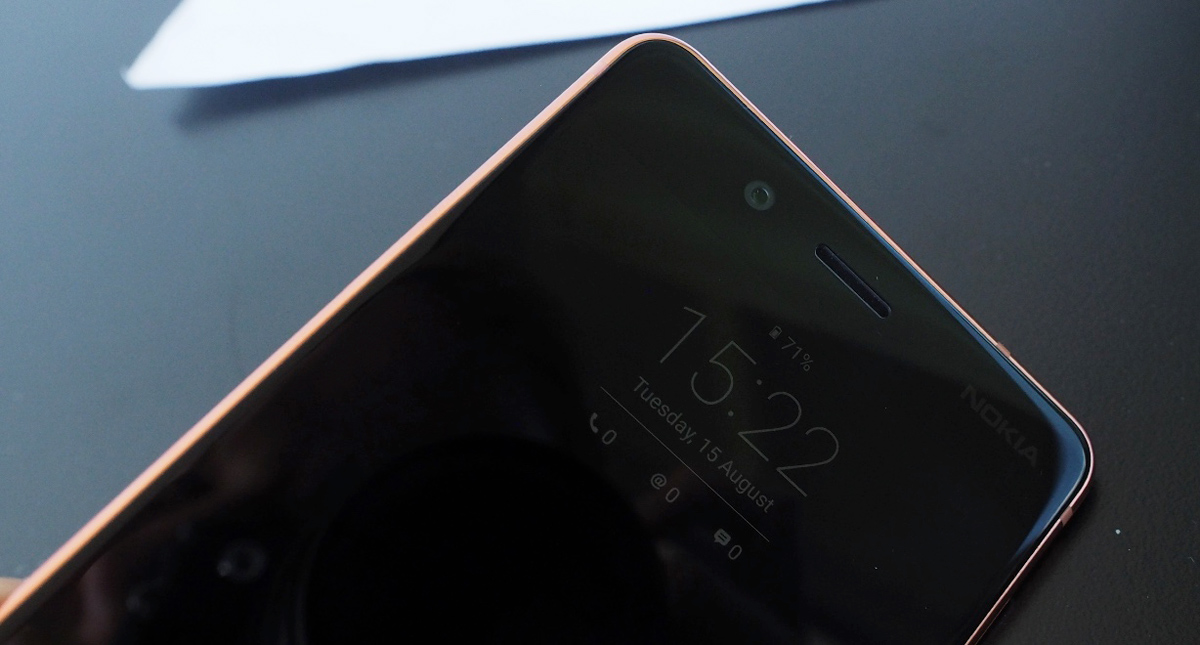 It's certainly a bigger Android phone for Nokia, but with a 5.3-inch screen, it's still not huge in the grand scheme of things. (What we define as a big phone shifts annually, it seems.) Like the Nokia 5 and some of the latter-day Windows Phone Lumia handsets, this device has an aluminum unibody with a stylish contoured shape. It measures just 4.6mm thick near the top and bottom edges and 7.3mm "on average" through the whole device -- that's a clever way of saying it'll be incrementally thicker in the center, but it feels as slender as any flagship phone you've tried over the past few years.

While there are four colors launching early next month (polished blue, polished copper, tempered blue and steel), it's the all-body, glowing copper finish that most deserves your attention. It's beautiful, different, classy. In an interview, Nokia spokespeople noted how they had taken design cues from furniture, particularly lamps. Lamps can inspire sharp-looking smartphones -- who knew?

Under that glossy, fingerprint-magnet of a hood is Qualcomm's heavyweight Snapdragon 835 processor. To ensure it can handle the strain, there's a copper cooling pipe -- seriously -- that runs across the phone from one corner of the device to the other. That's coupled with a layer of graphite to help dissipate heat and keep the device cool to the touch, even during heavy processing. But how might an Android phone -- one from a relative novice, at that -- realistically strain a high-end mobile processor anyway? To explain that, you need to look to the cameras.

Yep, Nokia is on trend with dual rear-facing cameras (one monochrome, one color). It also splurged on a front-facing camera with the same 13-megapixel resolution as the other two. In addition to being capable of 13-MP stills, each camera is equipped with an f/2.0 Zeiss lens. 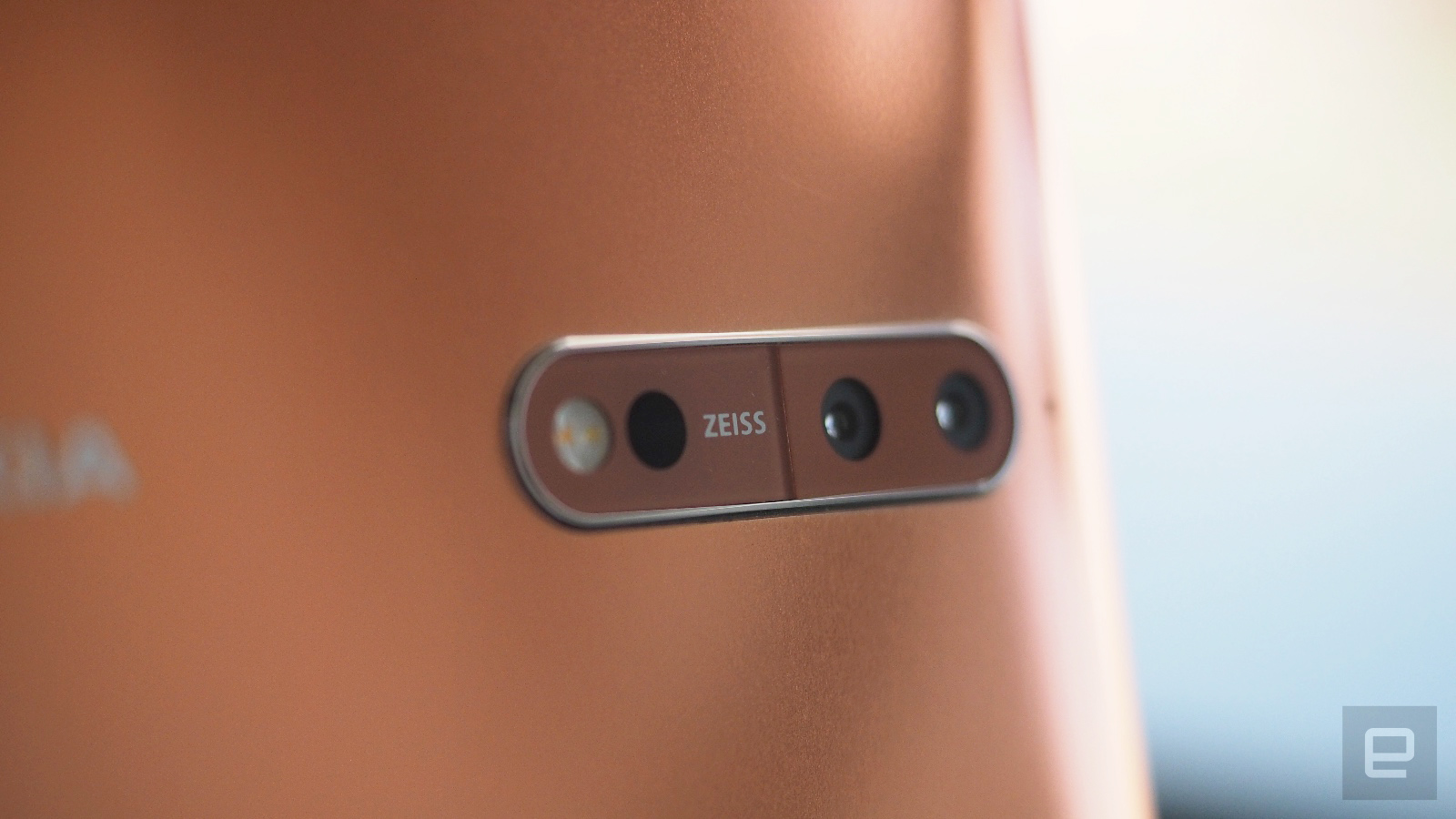 I can't offer a definitive judgement on how the Nokia 8 stacks up against other great smartphone cameras, but we do know that there's optical image stabilization on the rear-facing sensor, and I'm always quite taken by the imaging results of monochrome smartphone camera sensors. Huawei did a great job with this before Nokia decided to take a similar route. In short, the cameras seem pretty good, even if the company isn't centering its sales pitch on the image quality.

The combination of the three cameras and that cooling system enable one the Nokia 8's flagship features: Dual Sight, wherein the phone displays and records from both the front- and rear-facing cameras at once. Yes, this has been done by Samsung and LG before, but there's more: Nokia has added a livestream button into its native camera app that will let users instantly broadcast to the (compatible) social network of choice. At the moment, that includes Twitter and Facebook.

In a recent demo Nokia showcased the feature with a perfectly lit reaction clip of a hapless boyfriend trying a scorpion for the first time. This is where a feature like this might shine, but the camera concept, at least, has been done before. And as I learned trying the feature out myself, it's pretty hard to frame yourself and what you're looking at in a decent way on both cameras at once -- let alone if you're playing with your newborn baby or eating wacky street food. Also, stop trying to make #bothie happen, Nokia, please. 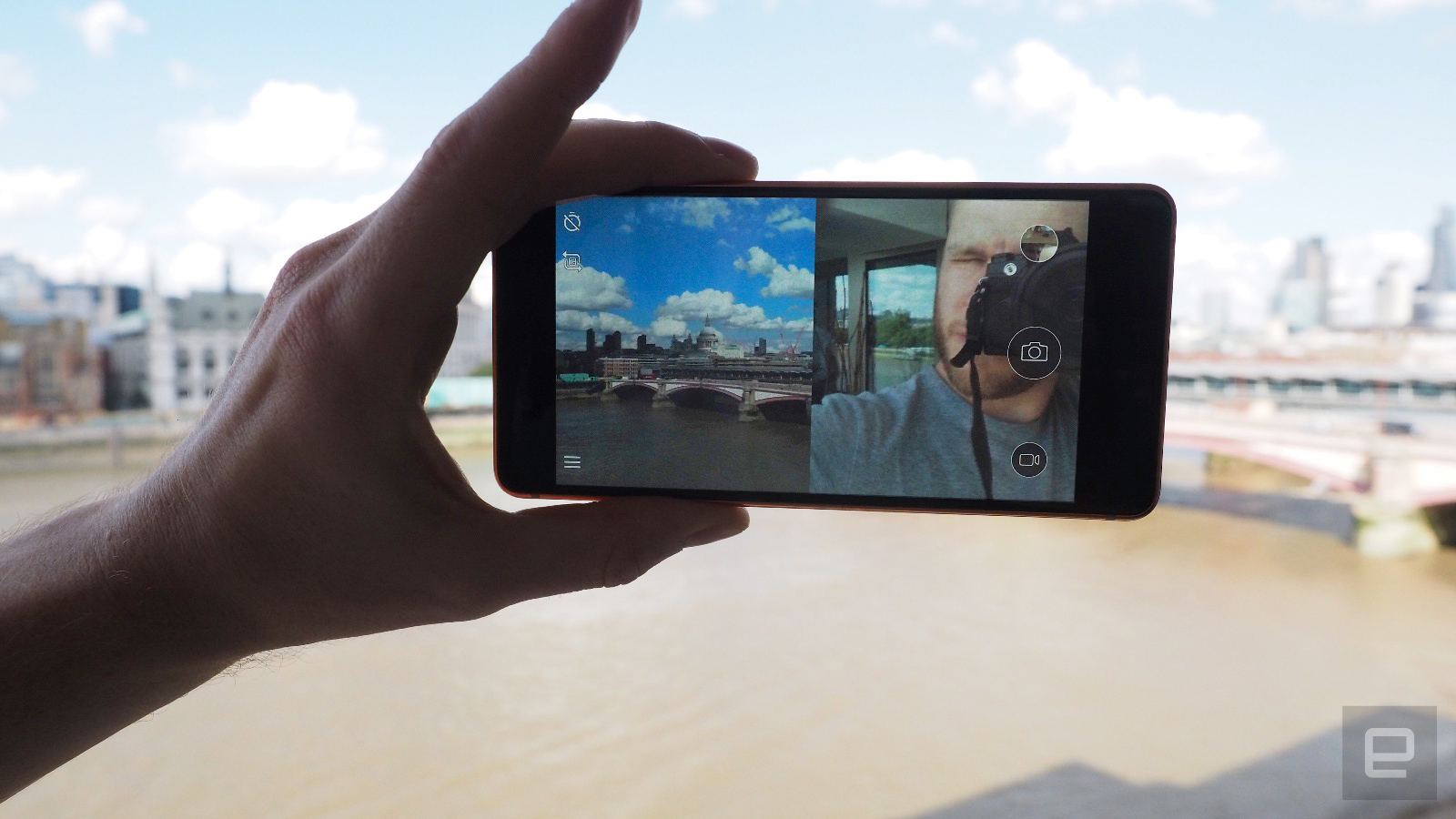 Regardless, the livestream shortcut is a smart (and forward-thinking) addition to the camera, and it's bettered by another feature: OZO Audio. Combining three embedded microphones, the Nokia 8 records 360-degree spatial surround sound that will be encoded binaurally, ensuring that wherever your 4K "bothie" (ugh) videos go, listeners should get a more immersive experience when they listen back. Nokia is positioning its flagship smartphone as one aimed for creators -- even if they can't afford its pro-level 360-degree camera.

There are other smart Nokia touches. The company has managed to figure out how to make an always-on display on an LCD screen. Normally, this is done on OLED smartphones, as it's possible to switch individual pixels on and off. Juho Sarvikas, Chief Product Officer of HMD Global, explained that the engineering team designed their way around it -- without giving away exactly how it worked. Like second-screen displays we've seen, this one also shows some notifications, without excessive battery drain. It will also crank up to 700 nits, which is good for outdoor use, but the screen still isn't of the highest quality. At a time when smartphones routinely boast 4K displays, Nokia's gone for a humbler 2K (2,048 x 1,080) LCD screen that, while perfectly sufficient, isn't going to dazzle against the competition.

The Nokia 8 will launch in Europe early next month, priced at around €599 ($700) -- which puts it in flagship territory. HMD has no immediate plans to take the phone to the US. Does the brand carry the clout of a modern smartphone maker? Beautiful hardware and smart camera ideas still might not be enough against the likes of Samsung and Apple, but at first glance, Nokia got a lot right. Let's see how the total package looks next month.

Source: Nokia
In this article: android, bothie, flagship, gear, hands-on, hmd, mobile, nokia, nokia8, video
All products recommended by Engadget are selected by our editorial team, independent of our parent company. Some of our stories include affiliate links. If you buy something through one of these links, we may earn an affiliate commission.