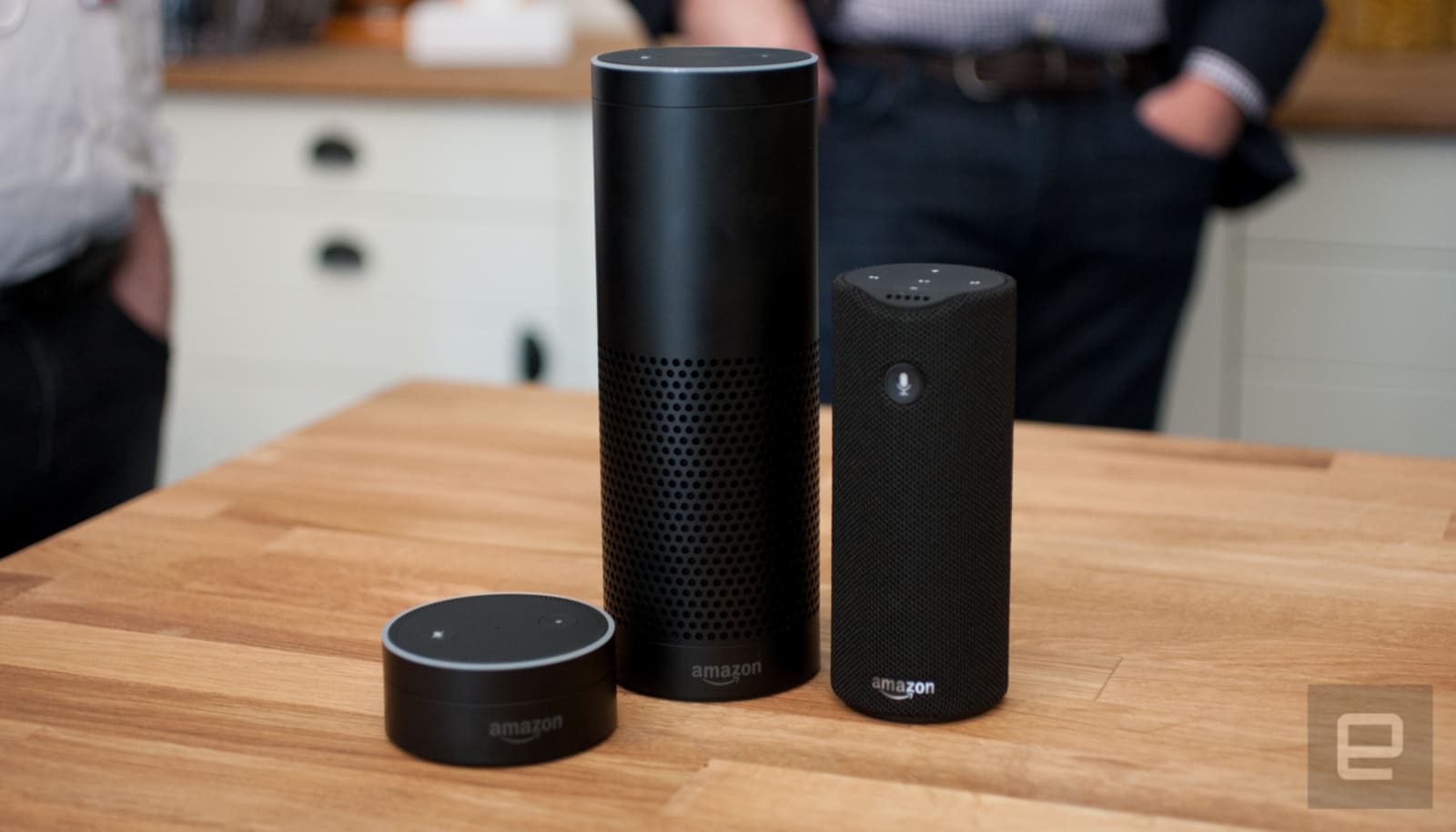 There were rumors earlier this month that Amazon was working on incorporating multiroom audio into its Echo line and today, the company has announced that it's done just that. For those with Echo devices in multiple rooms, you'll now be able to play music on a specific device or group multiple speakers together.

Through the Alexa App, users can create groups of speakers -- like, for example, all of the speakers in the upstairs rooms of your house -- then when you want to hear music just through those devices, you'll just have to say, "Alexa, play Kesha upstairs." For now, this capability is offered with Amazon Music, TuneIn, iHeartRadio and Pandora. Spotify and SiriusXM support is on the way.

Along with the new Alexa capability, Amazon will make tools available later this year that will allow developers to enable standalone Alexa-enabled devices to integrate with the new multiroom skill. So, users with Echo devices and other Alexa-enabled speakers will be able to use them together to play music.

Other systems like Google Home and Sonos already have these multiroom capabilities, but Amazon announced an additional feature in the works that paints the Echo as more of an accompanying device rather than just a competitor. Amazon's new Connected Speaker APIs will allow other audio systems to be controlled by Alexa. The company said it's already working with Sonos, Bose, Sound United and Samsung on the upcoming capability, which would let users control connected Sonos speakers through their Echo Dot, for example.

In a statement, Sound United CEO Kevin Duffy said, "Soon, users will be able to play their favorite song, alter the volume, or change an input in any room where our connected products are placed, simply by asking Alexa to do so."

Source: Amazon
In this article: alexa, amazon, bose, echo, gadgetry, gadgets, gear, google, MultiroomAudio, samsung, sonos, SoundUnited
All products recommended by Engadget are selected by our editorial team, independent of our parent company. Some of our stories include affiliate links. If you buy something through one of these links, we may earn an affiliate commission.