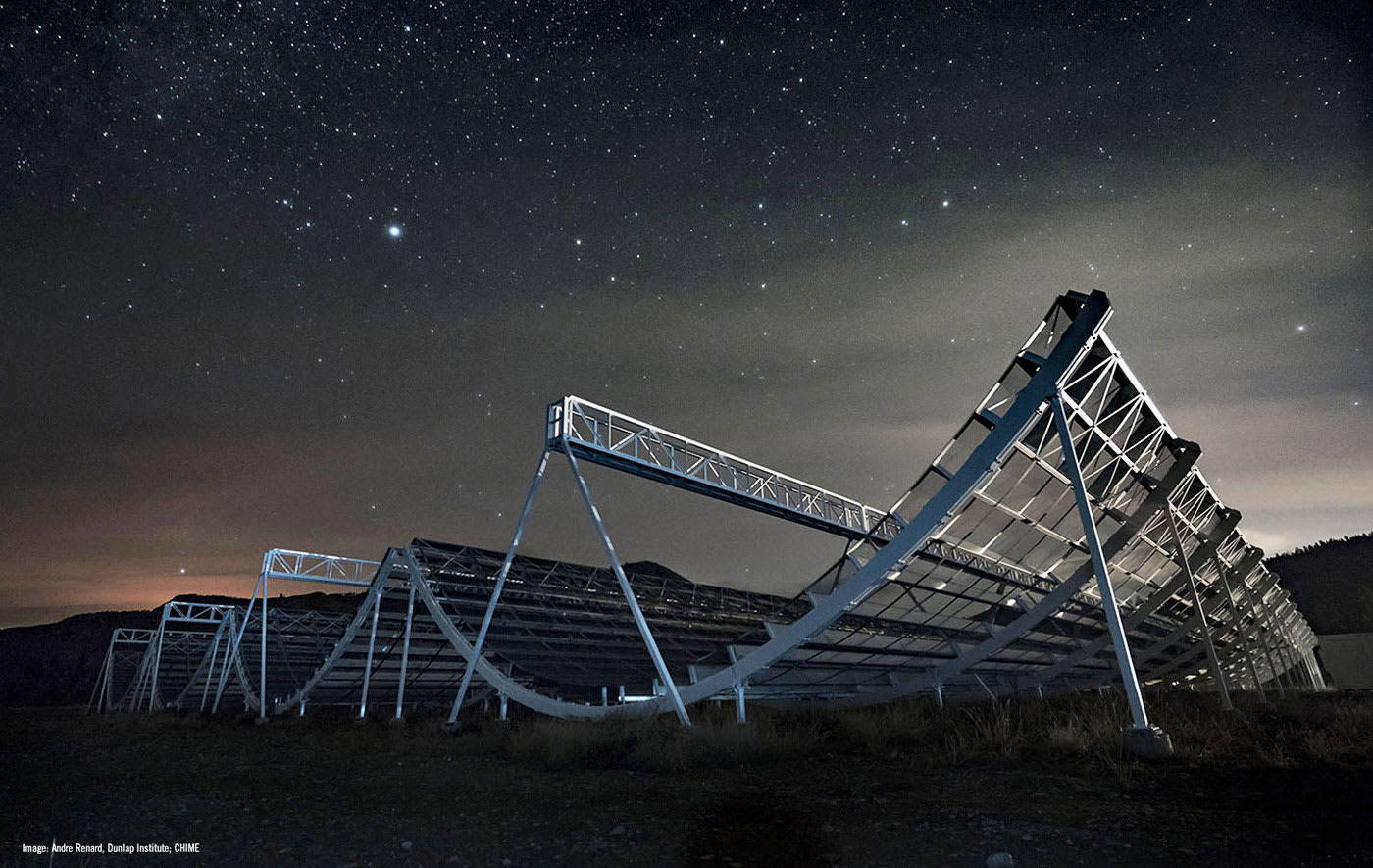 On September 7th, an extraordinarily powerful radio telescope in Canada has begun listening to the sounds of the universe. The Canadian Hydrogen Intensity Mapping Experiment or CHIME will help scientists learn more about the history of the cosmos, radio bursts from pulsars and gravitational waves, the ripples in spacetime whose existence were finally confirmed by scientists in 2016.

CHIME looks like a collection of four 100-meter-long skateboarding halfpipes, but they weren't made for anybody to skate on. They were built over the past seven years to hear very weak signals from the universe and to gather one terabyte of information per second all day, every day. That means it's constantly creating and updating a massive 3D map of space.

When the 50 Canadian scientists from the University of British Columbia, the University of Toronto, McGill University and the National Research Council of Canada (NRC) started conceptualizing the project, no system could handle that amount of information. Thanks to advances in video game hardware, the system now exists. Since 1 TB per second is pretty insane, CHIME compresses the info it gathers by a factor of 100,000 first before saving files on disks.

Now that it's up and working, CHIME is ready to work towards achieving its primary goal: measuring the acceleration of the universe's expansion. An accurate measurement of the expansion will help scientists figure out what causes it, whether it's the mysterious form of energy that's believed to be permeating space called "dark energy" or something else. By extension, the telescope's data could one day confirm if dark energy truly exists.

"With the CHIME telescope we will measure the expansion history of the universe and we expect to further our understanding of the mysterious dark energy that drives that expansion ever faster. This is a fundamental part of physics that we don't understand and it's a deep mystery. This is about better understanding how the universe began and what lies ahead."

Source: CHIME
Coverage: The Globe and Mail
In this article: Canada, CHIME, gear, gravitationalwaves, radiotelescope, space
All products recommended by Engadget are selected by our editorial team, independent of our parent company. Some of our stories include affiliate links. If you buy something through one of these links, we may earn an affiliate commission.