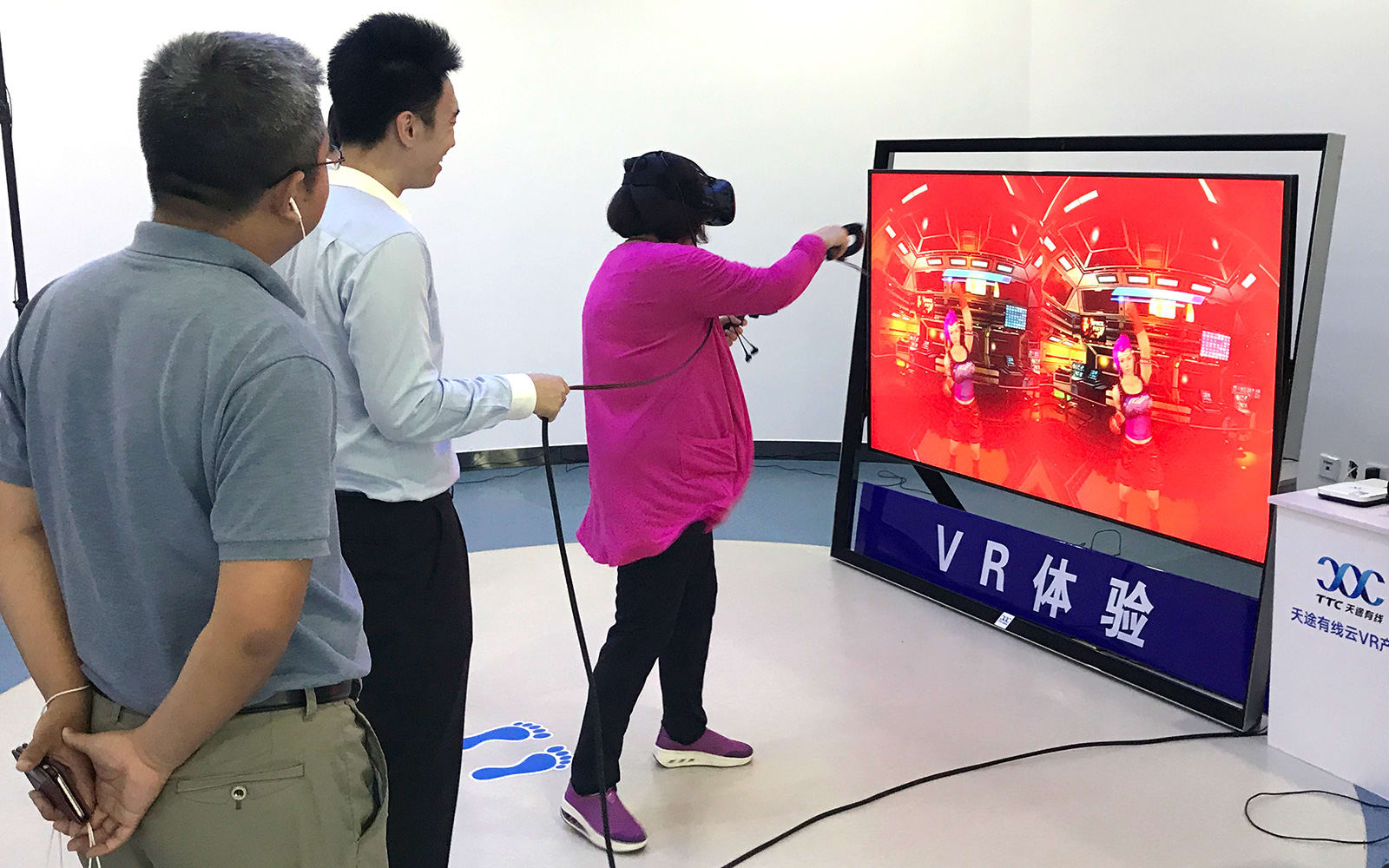 One of the main obstacles to popularizing high-end VR amongst consumers is the total cost of ownership. HTC and Oculus have both done their part recently by slashing the prices of their VR kits to $599 and $499, respectively, but you'll still need to fork out at least another $800 if you don't already have a nice PC. That said, the lucky folks in China may soon no longer have to worry about the latter part.

Over the weekend, HTC announced its partnership with Dalian Television and Beijing Cyber Cloud to launch the world's first cloud VR service for a commercial trial in Dalian, a city not far from North Korea. So rather than tethering a Vive system to a PC, it'll instead be hooked up to a set-top box with full access to the carrier's VR content store -- and not limited to just five apps per month like HTC's own Viveport subscription offering.

According to HTC, this online store currently hosts "a few dozen" games and apps from Viveport, as well as a library of 360 videos from the carrier side; and more content will be added over time. As part of the package, users will also get a 60 Mbps broadband connection for both VR and general use.

In addition to the obvious cost-cutting benefit, having your VR content rendered in the cloud means users won't ever have to deal with drivers nor downloads, thus saving time as well as reducing hassle. HTC Vive China President Alvin Wang Graylin likened this instant access to using Spotify, but for VR apps instead of music. "That's a big deal when apps are many gigabytes in size and takes a long time to download. If you had to wait an hour for a download to hear a song each time you wanted to play music, would you use it?" 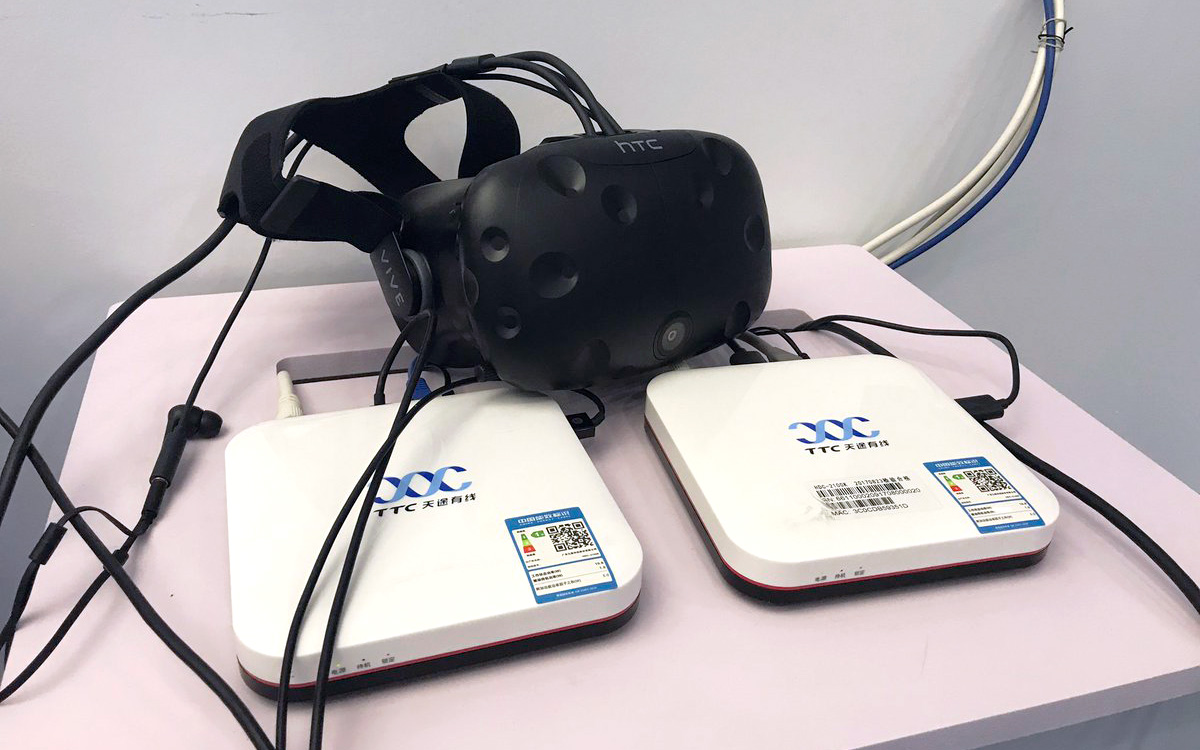 In terms of costs, by paying a refundable deposit of just 3,000 yuan (about $455) plus a monthly fee of about 500 yuan (about $76; actual price yet to be determined), users can already bring an HTC Vive plus the set-top box home and get unlimited access to VR content on the cloud. Better yet, they can terminate at any time and get the deposit back. Alternatively, consumers can pay a lump sum of 6,688 yuan (about $1,015) and get full ownership of the Vive kit plus a one-year cloud VR subscription. At retail, the HTC Vive kit alone costs 5,488 yuan (about $835) in China, which is a lot higher than what most other regions offer.

As you'd expect, there are bound to be downsides to this cloud VR solution. In response to a Twitter user, Graylin admitted that there will be "some minimal added latency, but OK for most non-Twitch apps." There's also the risk of suffering from connectivity issues and thus rendering the VR system totally unusable, whereas a conventional VR setup with a PC wouldn't face such issues with offline VR content.

Leaving these concerns aside, it'll be interesting to see how well this commercial trial fares. If successful, this will be an effective way in vastly lowering the barrier for high-end VR systems. And who knows, with such cloud VR technology paired up with the upcoming 5G connectivity, our world's probably not far off from the wacky Ready Player One reality.

Via: Engadget Chinese
In this article: BeijingCyberCloud, china, DalianTelevision, gear, htc, htcvive, virtualreality, viveport, vr, wearables
All products recommended by Engadget are selected by our editorial team, independent of our parent company. Some of our stories include affiliate links. If you buy something through one of these links, we may earn an affiliate commission.