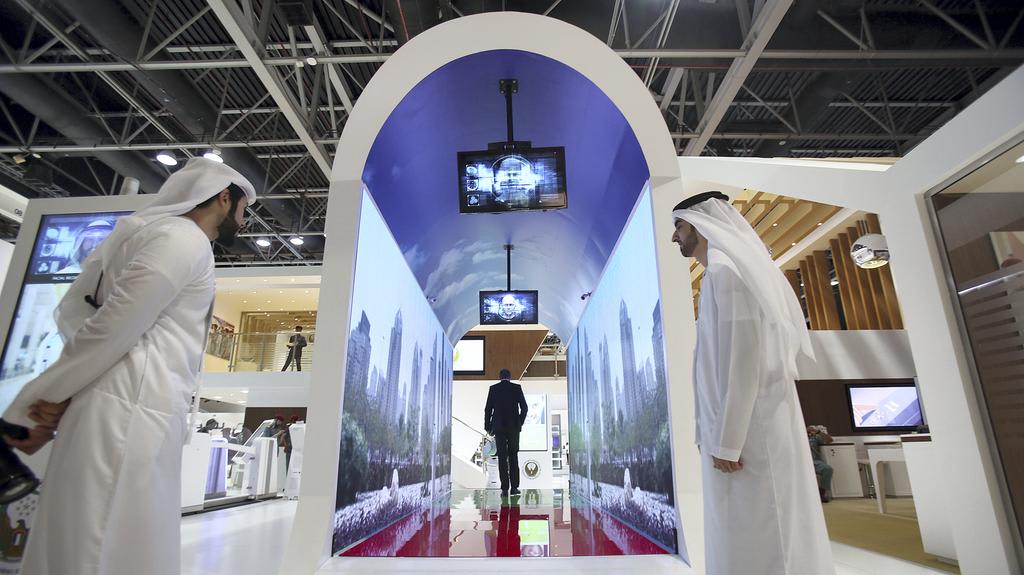 A lot of passengers come and go through Dubai airports and by 2020, they're expected to play host to some 124 million people. So in an effort to increase the efficiency of security checkpoints, Dubai International Airport is installing a tunnel outfitted with 80 facial recognition and iris scanning cameras, The National reports. The tunnel's walls can display things like virtual aquariums or deserts as well as advertisements and passengers would just have to walk through as they normally would. At the end of the tunnel, a display will either tell the passenger to have a nice trip or will alert officials to take another look.

"The tunnel has not come out of nowhere, without any foundation," Obaid Al Hameeri, the deputy director general of Dubai residency and foreign affairs, told The National. "We have been working for about four years to transform the procedure from the traditional counter and in the future we will not need the counter at all." And the images displayed on the walls aren't just there for decoration, they serve a purpose. "The fish is a sort of entertainment and something new for the traveller but, at the end of the day, it attracts the vision of the travellers to different corners in the tunnel for the cameras to capture his/her face print," said Al Hameeri.

Dubai isn't the first place to turn to biometrics in order to improve airport efficiency. Delta has been playing around with the technology as an alternative to boarding passes and traditional luggage checking counters. And the US has been testing the use of facial recognition as a part of the security measures international travelers to the US have to go through. Australia is interested in biometric identification as well, having proposed a plan to use facial, iris and fingerprint recognition in airports so passengers wouldn't have to show their passports or even interact with airport officials.

The first virtual border tunnel will be installed in Dubai International Airport by the end of next summer and additional tunnels will be added throughout the airport's terminals by 2020. The tunnels will initially conduct face scans, with iris scanning capabilities being added later on.

Via: The Verge
Source: The National
In this article: airport, australia, biometric, BoardingPass, cameras, delta, design, dubai, FaceScanning, FacialRecognition, gear, IrisScanner, security, transportation
All products recommended by Engadget are selected by our editorial team, independent of our parent company. Some of our stories include affiliate links. If you buy something through one of these links, we may earn an affiliate commission.