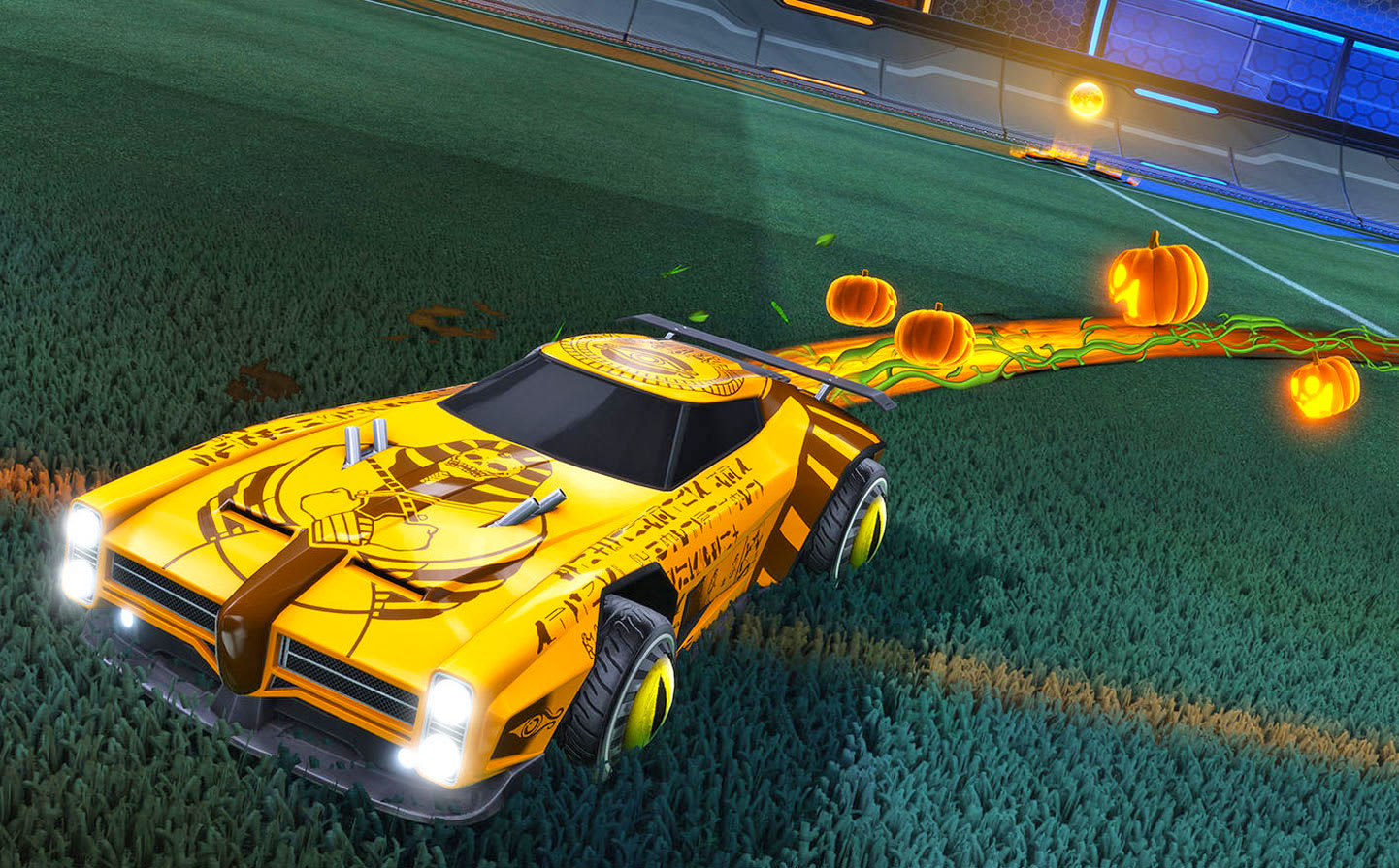 There may be an emerging backlash to loot boxes in video games, but that isn't stopping Psyonix from hyping them up. Rocket League is holding its first-ever Halloween event between October 16th and November 6th, and it's ushering in a new event system that encourages you to earn crates. The more you play online, the more you earn a special event-only currency (Candy Corn) to spend on event-specific keys (Decryptors) that unlock crates holding Halloween-themed perks. You'll occasionally get lucky with crate drops, but you'll otherwise have to buy as many crates and Decryptors as you can.

Notably, Psyonix is eager to prevent any shady dealings. Unlike the gear you get using normal keys, you can't trade anything you obtain from a crate using Halloween Decryptors. You can use ordinary keys to unlock event crates and trade items after a week-long hold window, but the new currency is clearly there to encourage buying non-tradeable goods. Also, don't expect to stockpile Candy Corn so that you can carry it forward to next year's event -- it'll expire a week after the 2017 event ends.

Yes, this is a bit convoluted. Psyonix is clearly trying to dangle a carrot in front of gamers without opening itself to the abuses that can come with trading systems. You don't want hustlers gouging players who are determined to own a special car. However, it's easy to see why the developer would go this route. Seasonal events can easily inject life into games once their initial novelty fades (just ask Blizzard), and loot crates only add to that frenzy. Unfortunately, that still means you're left grinding away until you get what you were hoping for.

Source: Rocket League
In this article: av, games, gaming, halloween, personal computing, personalcomputing, ps4, psyonix, rocketleague, switch, videogames, windows, xboxone
All products recommended by Engadget are selected by our editorial team, independent of our parent company. Some of our stories include affiliate links. If you buy something through one of these links, we may earn an affiliate commission.