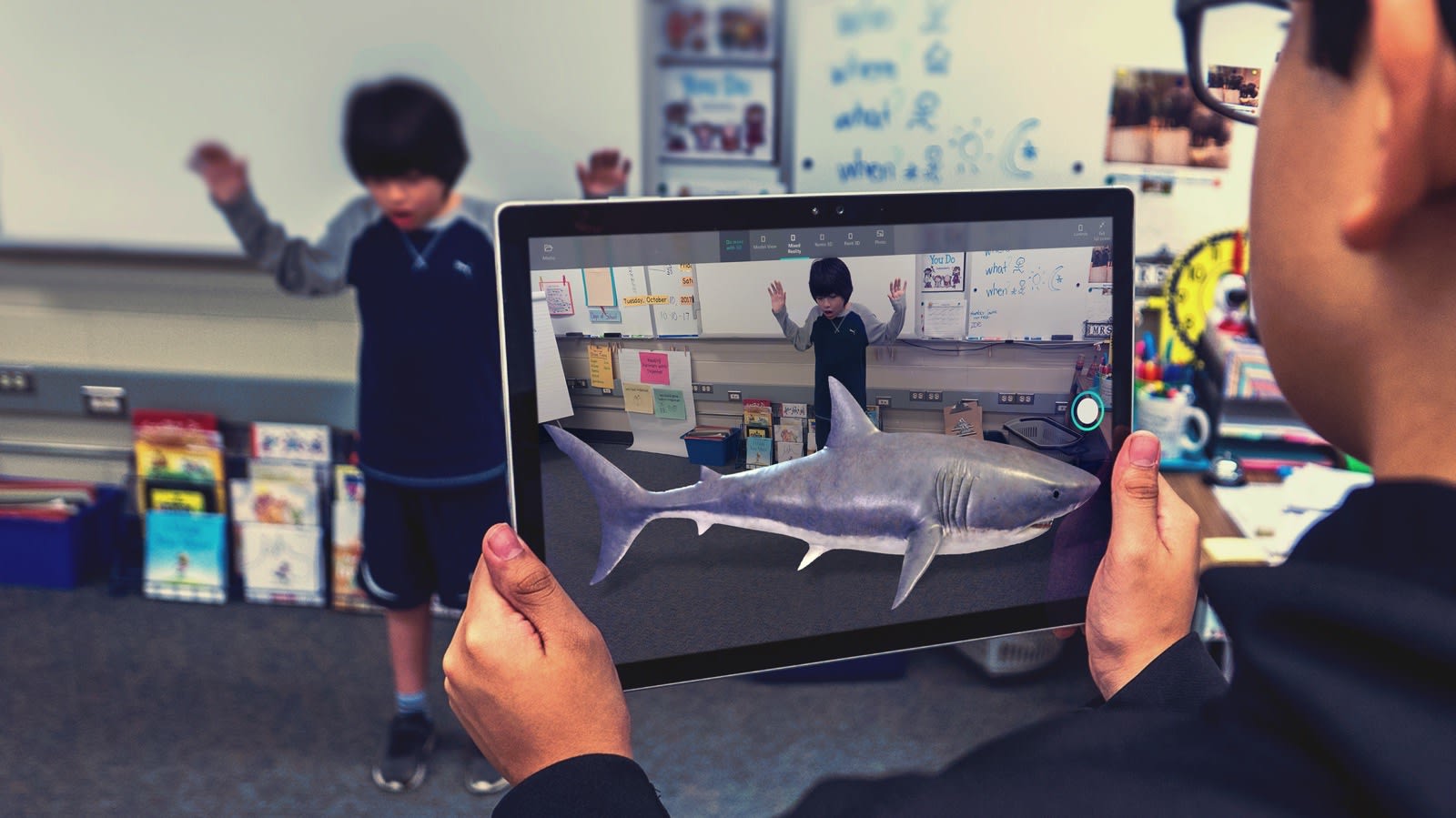 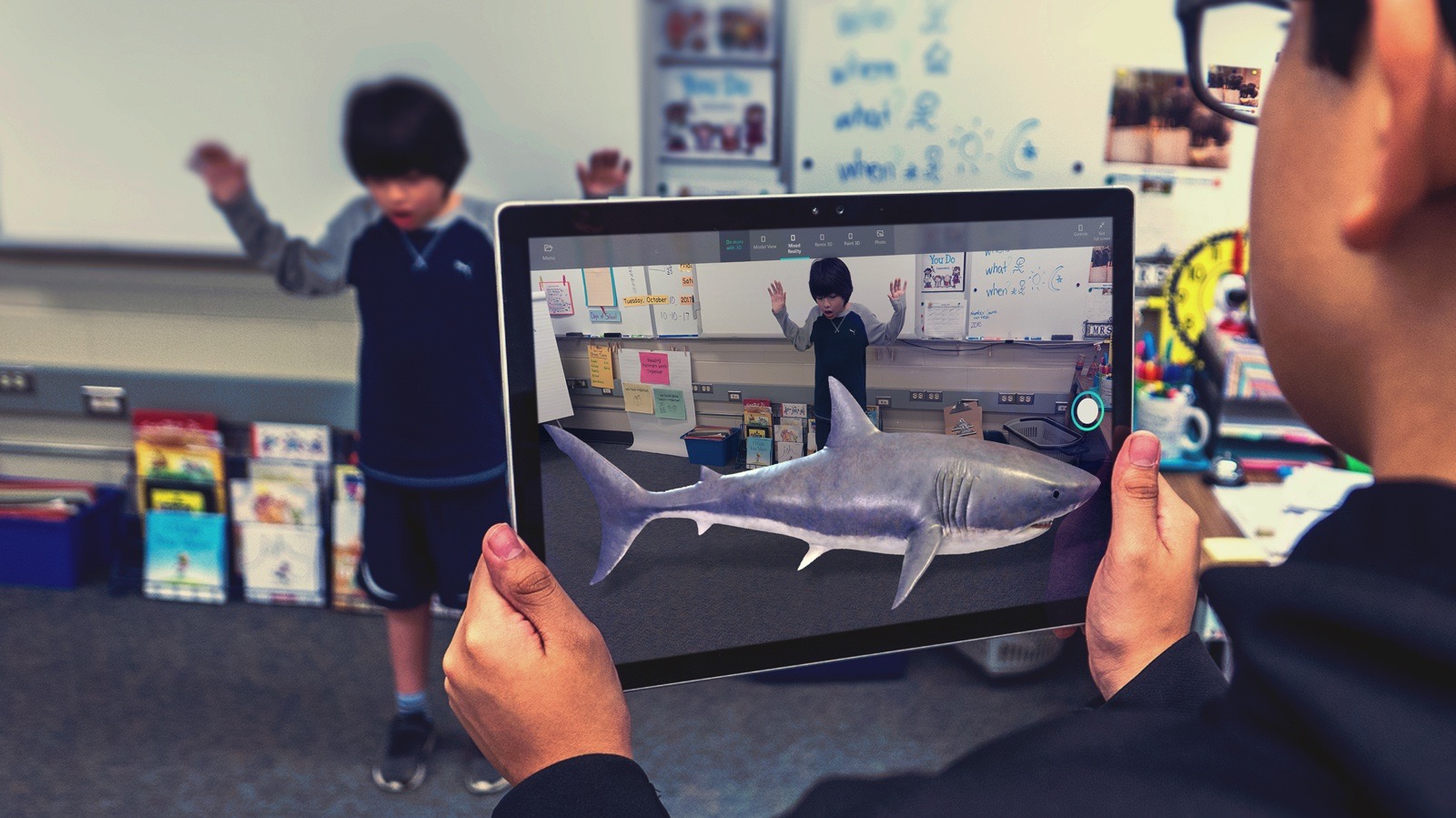 Microsoft's next major Windows 10 release for 2017, the Fall Creators Update, doesn't make any huge waves. But you might have gathered that from its name alone. In many ways, it's a continuation of what the company started with this spring's Creators Update, which added Paint 3D, game mode and a slew of improvements focused on making things, be it art or a simple spreadsheet. (I've heard the word "creation" so many times this year from Microsoft reps, it's beginning to sound like a cultish chant.)

With its latest OS, available today, Microsoft is preparing for the arrival of virtual-reality headsets. At the same time, it's delivering some genuinely useful quality-of-life improvements for Windows 10 users. 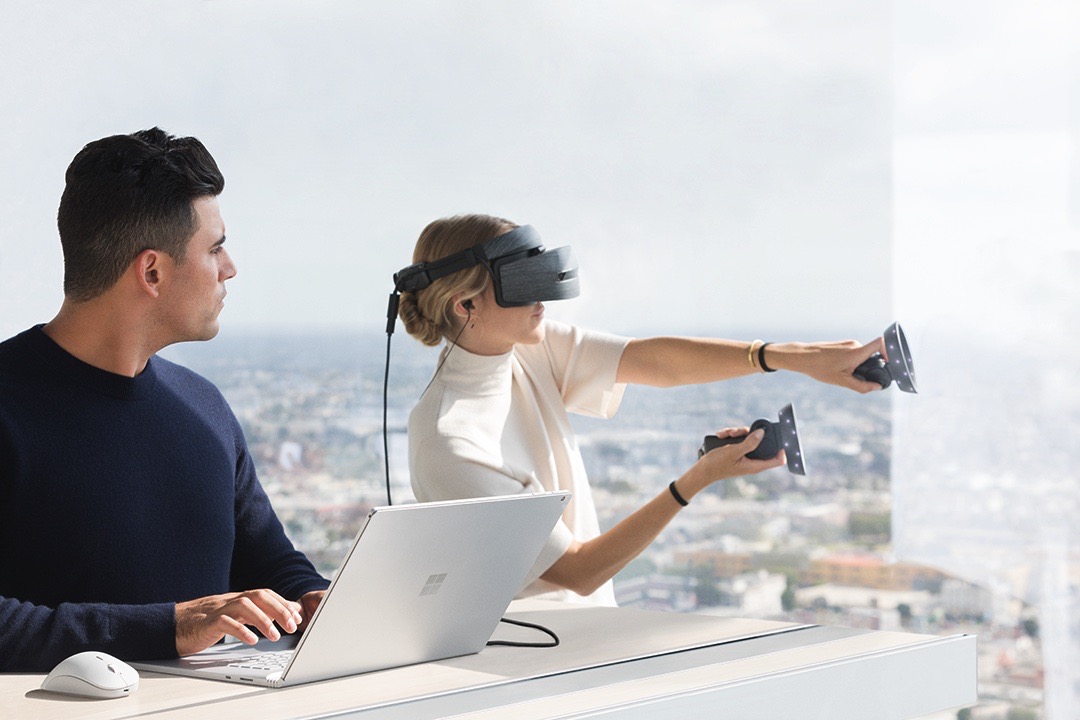 Microsoft just has to be different. It's not giving up on the name "mixed reality" anytime soon, primarily because it sees it as a combination of virtual and augmented reality. Aside from the pricy HoloLens, though, most of what we've seen from Microsoft falls strictly into the VR side of things. With the Fall Creators Update, the company is officially supporting VR headsets from partners like Acer, Dell and Samsung. The big difference from other VR platforms? Some of the headsets are inexpensive, at around $300, and don't require any complex sensor setups.

While I didn't have any of the headsets to test for this review, I've tried out several over the past few months. The early demos started out as fairly simple experiences, but they've steadily gotten better. Last week, I tried out Lenovo's headset together with Microsoft's new motion controllers (which will be bundled together for $450), and I came away impressed. It fit comfortably, looked sharp (thanks its 1,440 by 1,440 per eye resolution) and featured solid motion tracking.

I checked out a few 360-degree videos, strolled around Microsoft's mixed reality living room environment and played a bit of the Halo Recruit experience. Don't get too excited about Halo in VR, though. It's basically just a simple shooting gallery at this point. You get to pick up guns and take aim at a wave of enemies. But it's arranged like a carnival game, with you standing in one place while cutouts of the baddies slowly stroll by.

If you don't have a VR headset, you can still check out Microsoft's new Mixed Reality Viewer. It uses the cameras on your device, be it a webcam or a rear shooter on a Surface, to overlay digital objects in the real world. You can change their sizes and orientations, but beyond that, the app is more of a preview than a serious introduction to mixed reality. 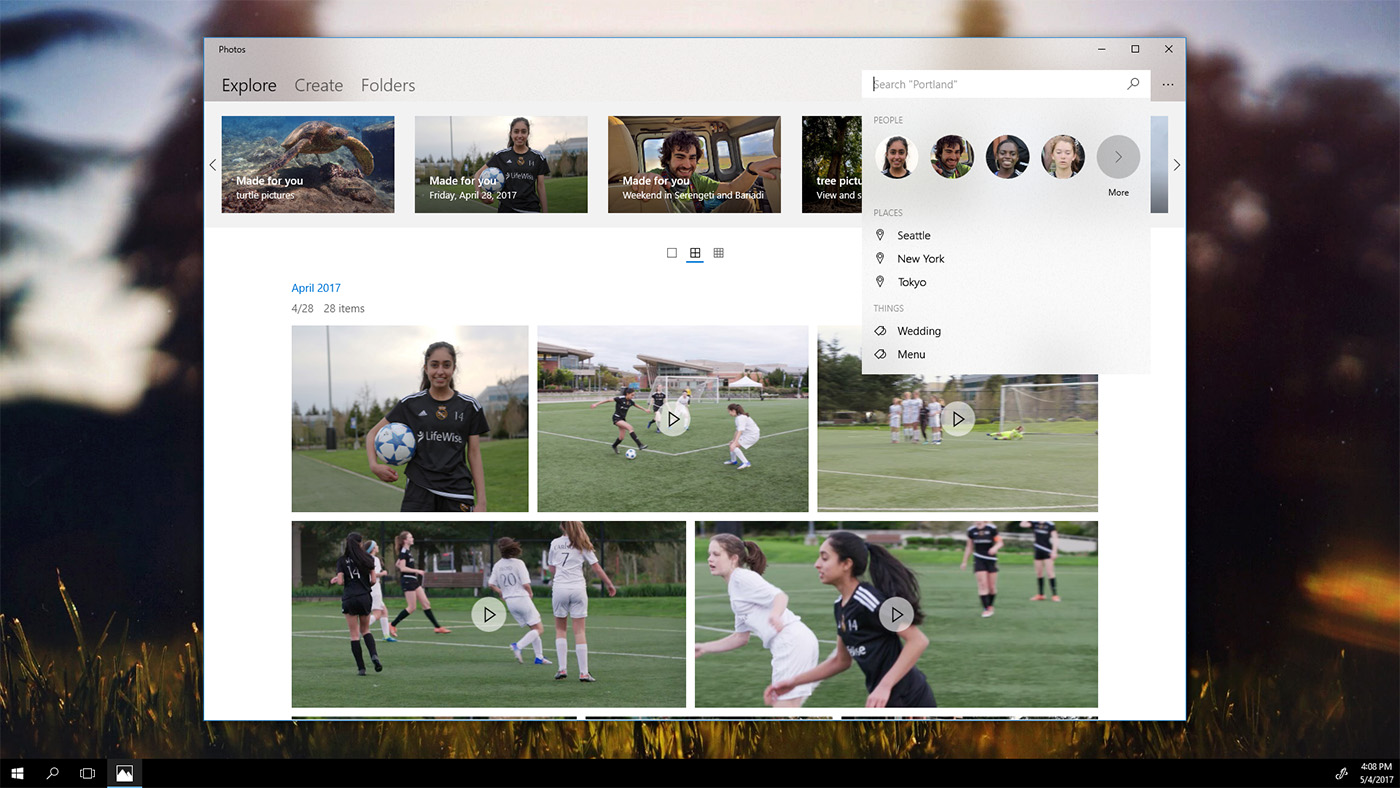 The impressive Story Remix feature Microsoft debuted at Build this year is here -- but it's baked into the Windows 10 Photos app. Basically, it lets you easily create short films from your photos and videos. Don't expect to throw in any 3D objects in those movies, though. Microsoft says that feature -- which was easily Story Remix's most impressive aspect -- still needs more work. Windows Insiders will be able to preview the 3D object integration in a few months, but it's unclear when average users will get it.

As it stands, though, the Story Remix features we get in the Fall Creators update are still useful. I threw together several photos of my cats, hit the create button, and within seconds I had a 15-second short film. If you don't like what the app gives you at first, you can also hit the remix button to change things up. Alternatively, you can also hop into the film and edit it yourself. I ended up moving some photos around and choosing some dramatic adventure music that perfectly suited my cats.

I've been looking for a decent photo manager to replace Google's aging Picasa on my Windows PC. With these new capabilities, it looks like Microsoft's app might be the best option.

For some reason, I've never felt compelled to set up OneDrive syncing on Windows 10. Maybe I'm just a little old school, or perhaps I could just never get the hang of configuring OneDrive in a way that made it useful on my desktop. With the new Files On-demand feature, though, those worries are a thing of the past. It lets you see all of the files and folders in your OneDrive without having to manually synchronize them. They simply show up in Windows Explorer. When you need a file, you just have to double-click to download it. Sure, it could lead to some confusion if you work offline a lot, but for many always-connected users, it could end up saving some valuable hard-drive space.

MyPeople, an app that was initially supposed to debut with the last Creators Update, is finally making its Windows 10 debut this fall. It lets you easily get in touch with your closest friends and family via a new section in the taskbar. From there, you can quickly send them an email, Skype message or even a note on Xbox Live, all without opening any external apps. If you spend most of the day chatting with a handful of people, it could end up saving you plenty of time.

When we first caught wind of this feature, it sounded as if it was turning Windows 10 into a more empathetic OS. Well, we're not quite there yet. After pointing it to my Gmail contacts, it only showed me a handful of people that I don't talk to very much. It turns out most of my friends don't really use Microsoft services much. Still, it's early days for MyPeople; I'm hoping it'll improve over time.

Windows users probably don't think much of Defender, Microsoft's homegrown security app. But it's been a lifesaver for IT departments and people who inevitably end up troubleshooting issues for friends. Now, Microsoft is making Defender even more useful. It's new Exploit Guard feature, for example, will prevent zero-day exploits from taking over your system. If you've got multiple computers in your house or you're on a corporate network, the new Device Guard will also keep serious infections from spreading to others.

Here are a few other aspects of the Fall Creators Update to note:

If anything, the Fall Creators Update is a reminder of the new Windows world we're living in. Microsoft is upgrading its desktop OS faster than ever -- even outside of these major releases. So even if you can't take advantage of Microsoft's big push into mixed reality, remember that the next update isn't too far off.

In this article: FallCreatorsUpdate, gear, microsoft, personal computing, personalcomputing, review, Windows10
All products recommended by Engadget are selected by our editorial team, independent of our parent company. Some of our stories include affiliate links. If you buy something through one of these links, we may earn an affiliate commission.