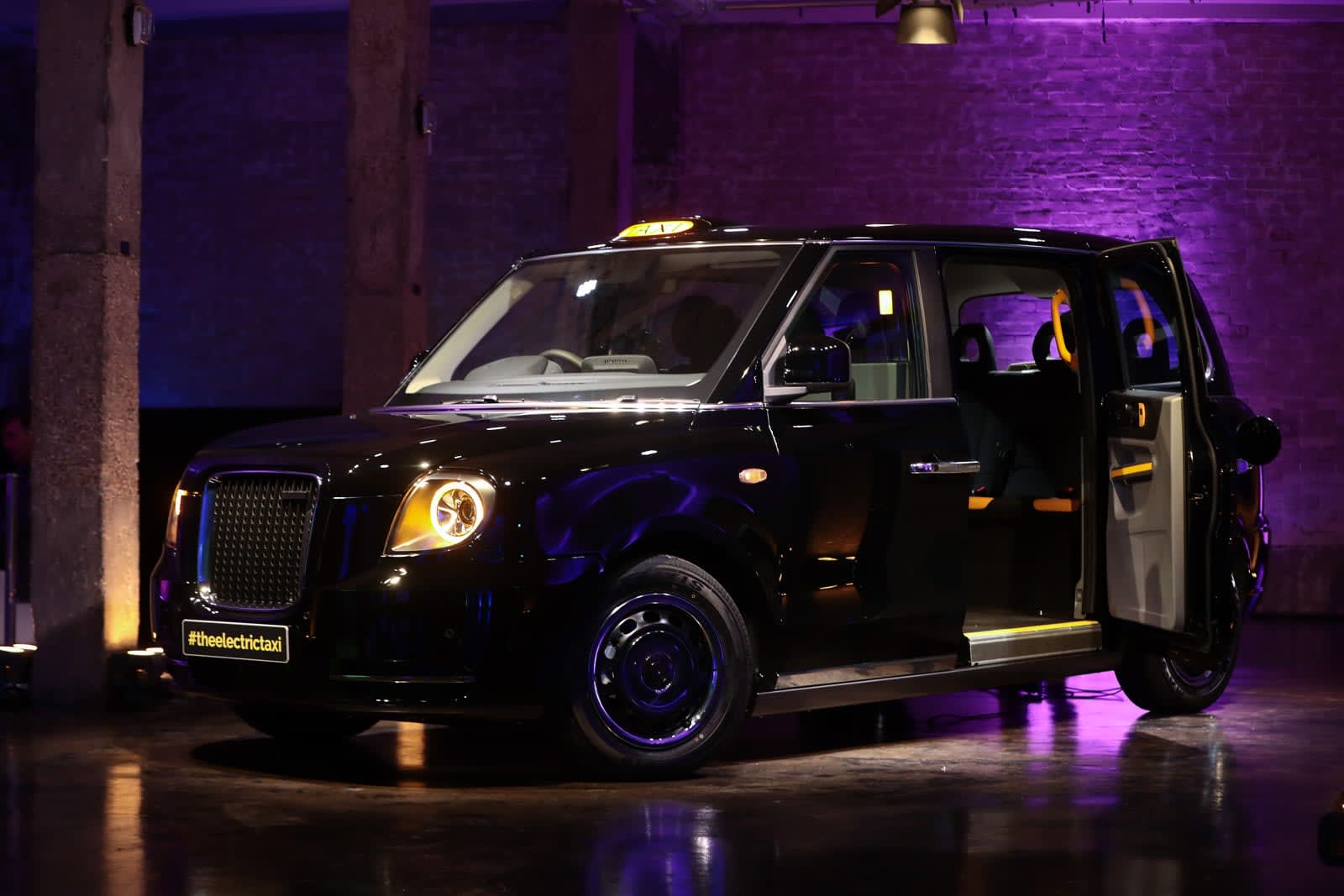 London's new electric taxis are almost ready for the public. Six test vehicles are being introduced to the city's streets today ahead of a planned roll out later this year. Participating drivers will be collecting data about potential emissions savings and the reality of using London's charger network. "We will now be able to accurately quantify the significant improvements these vehicles will make to London's air quality," Chris Gubbey, CEO for the London Electric Vehicle Company (LEVC) said, "which will benefit all Londoners, regardless of whether [they] use taxis or not."

We first saw the new vehicle, known then as the TX5, in late 2015. From the outside, it looks like a regular taxi with its black paint job, large front grille and illuminated sign on the roof. Inside, however, is a 1.3 litre, three-cylinder petrol engine, which acts as a generator for a battery pack and electric motor. As a pure EV, it can go 70 miles on a single charge, but with its gas-guzzling aid that rises to 400 miles. Its green credentials are, therefore, limited, but it does meet the "zero emission capable" requirement that will be introduced for all new taxis on January 1st, 2018.

The taxi's cabin has been upgraded too. The new TX has six seats, contactless card machines — a requirement in London since October 2016 — onboard Wi-Fi, USB charging and a panoramic roof. Up front, drivers will have access to a sat-nav with information about traffic congestion and electric charger locations. The screen will also integrate with taxi-hailing apps — think Gett, myTaxi and Kabbee — to help drivers compete with Uber (which for now is still operating in London). It is, in short, a long overdue overhaul for one of the city's most iconic and, for some, beloved vehicles.

Source: LEVC
In this article: electrictaxi, gear, geely, london, londonelectrictaxicompany, taxi, transportation
All products recommended by Engadget are selected by our editorial team, independent of our parent company. Some of our stories include affiliate links. If you buy something through one of these links, we may earn an affiliate commission.