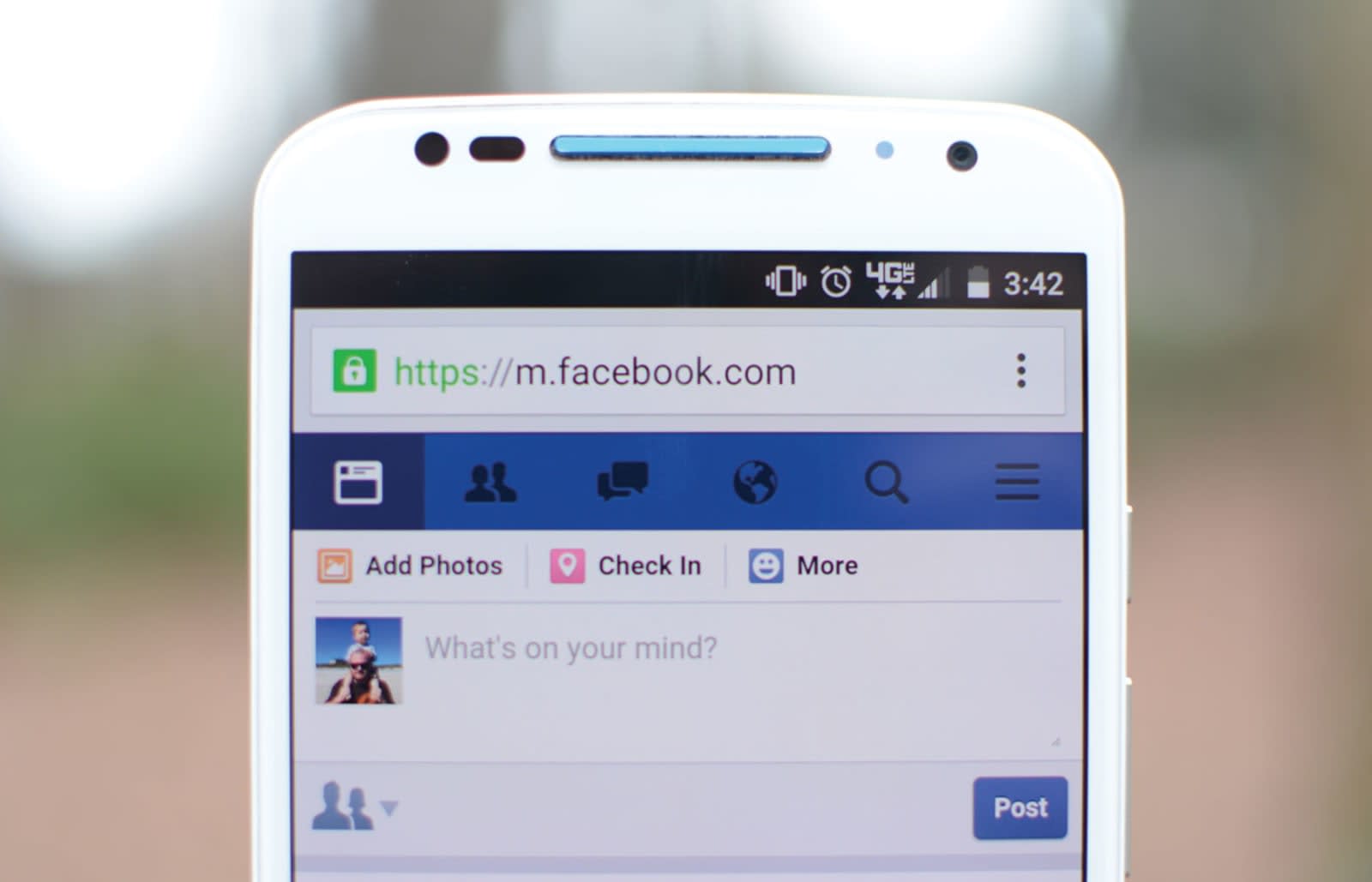 Under this arrangement, the main News Feed is still populated by things shared by friends and family as well as advertisements. But posts shared by Pages -- like those of publishers, for example -- are moved to a secondary feed. The tests began last week and Slovakian journalist Filip Struhárik told The Guardian, "Pages are seeing dramatic drops in organic reach. The reach of several Facebook Pages fell on Thursday and Friday by two-thirds compared to previous days." And that number was confirmed by analytics service CrowdTangle, stats from which showed that popular Slovakian Facebook Pages saw two-thirds to three-quarters reductions in their Facebook reach.

This could be bad news for outlets that heavily rely on Facebook traffic and it stands to impact their revenue. Matti Littunen, a senior research analyst with analytics company Enders Analysis told The Guardian, "The biggest hits will be to the likes of Buzzfeed, Huffington Post and Business Insider, who create commoditized content aiming for the biggest reach."

Facebook has been playing around with how it presents content to its users. It recently gave News Feed an overhaul, making it easier to navigate, and brought its Explore Feed to desktop. The company also redesigned its Trending section in order to incorporate different viewpoints on a popular topic, began testing a feature that gives more detailed information about an article's publisher and has introduced a slew of changes aimed at combating the spread of fake news.

A Facebook spokesperson told Engadget that as of now though, there are no plans to expand this test further. "With all of the possible stories in each person's feed, we always work to connect people with the posts they find most meaningful. People have told us they want an easier way to see posts from friends and family, so we are testing two separate feeds, one as a dedicated space with posts from friends and family and another as a dedicated space for posts from Pages," said the spokesperson. "To understand if people like these two different spaces, we will test a few things, such as how people engage with videos and other types of posts. These tests will start in Sri Lanka, Bolivia, Slovakia, Serbia, Guatemala, and Cambodia. We have no current plans to roll this out globally."

The goal of this test is to understand if people prefer to have separate places for personal and public content. We will hear what people say about the experience to understand if it's an idea worth pursuing any further. There is no current plan to roll this out beyond these test countries or to charge pages on Facebook to pay for all their distribution in News Feed or Explore. Unfortunately, some have mistakenly made that interpretation -- but that was not our intention.

Source: The Guardian
Coverage: Facebook Media
In this article: advertising, businessinsider, buzzfeed, design, explorefeed, facebook, FacebookPages, FakeNews, gear, HuffingtonPost, internet, mobile, NewsFeed, TrendingTopics
All products recommended by Engadget are selected by our editorial team, independent of our parent company. Some of our stories include affiliate links. If you buy something through one of these links, we may earn an affiliate commission.