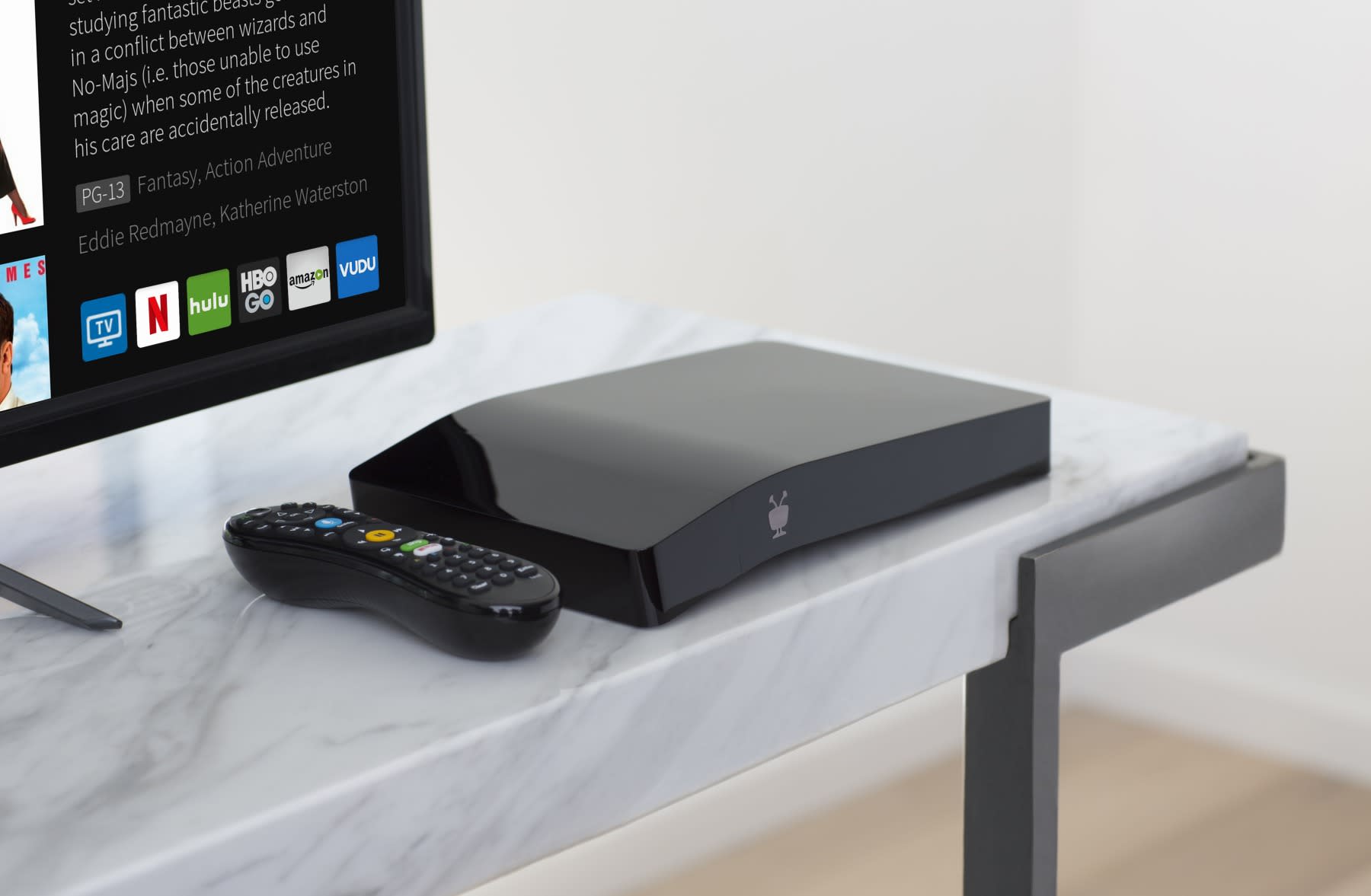 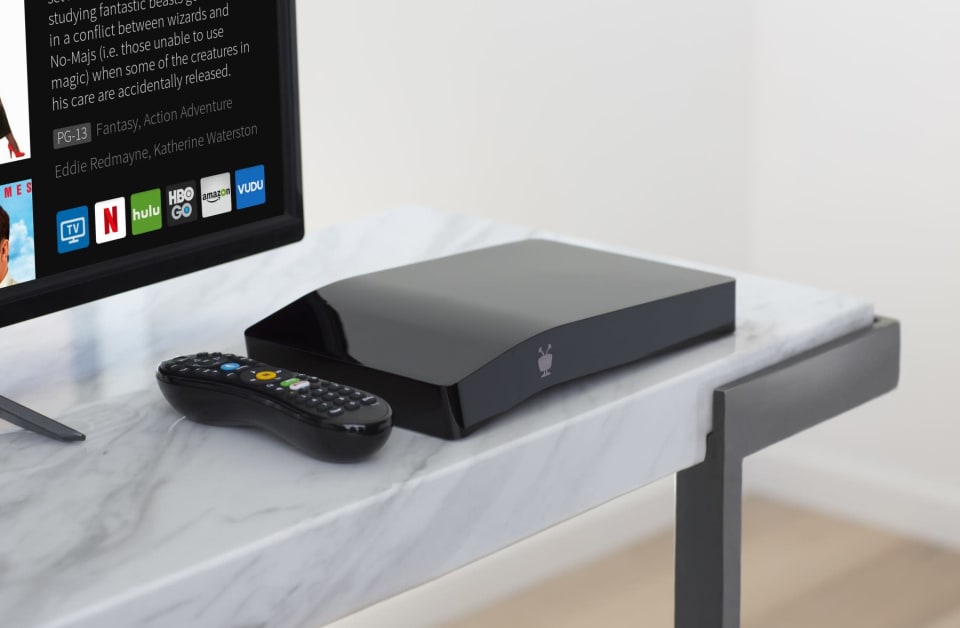 Stop us if you've heard this one before: TiVo is updating its Bolt DVR lineup with a new remote, a new UI and a new name. The TiVo Bolt Vox (and TiVo Mini Vox) are easy to spot thanks to the remote's new bright blue button that is the key to the extra characters in their name. Following a trail blazed by many other media setups lately (Amazon, Apple, Comcast, Roku -- just to name a few) voice control is a central feature of the new hardware. TiVo has had universal search across platforms including broadcast television, cable TV and streaming for quite a while, but it's not just adding a microphone.

Ok, so maybe it's not that much of a secret, but this does represent most noticeable revamp of TiVo's UI since the first boxes appeared, with a renewed focus on predictions and personalization. The TiVo boxes have offered universal search for years, but the company claims that its new software is smart enough that if you ask for "Tom Cruise movies" followed by "the one where he says "show me the money" it will pick out the right one.

It doesn't stop there either, as existing features like commercial skipping and setting up recordings are also voice enabled. The new hardware means all of the boxes (including the Mini) are ready for 4K, and it can even show a preview of what videos are playing on each tuner. Of course, if you're sticking with an older TiVo there will be software upgrades, and you can add on the new voice remote. It costs $40 to bring it to the original Bolt DVR, while Roamio/Mini owners are charged $45 for the remote and an accompanying Bluetooth adapter. The main TiVo Bolt Vox will come in a couple of flavors. The quad-tuner edition is ready for cable TV or cord-cutter friendly antenna viewing, with either 500GB or 1TB of storage inside and a price that starts at $200 before you add on the required service package. A 3TB version ready for 450 hours of recording via six built-in cable tuners will also be available, along the new TiVo Mini Vox extender that costs $180. All of them are set to go on sale October 29th, either through Tivo.com, Amazon or at Best Buy stores (even if some people have scored one already)

In this article: av, DVR, gear, remote, tivo, tivobolt, tivoboltvox, tivomini, tivoroamio, tivovox, ui, voicecontrol
All products recommended by Engadget are selected by our editorial team, independent of our parent company. Some of our stories include affiliate links. If you buy something through one of these links, we may earn an affiliate commission.