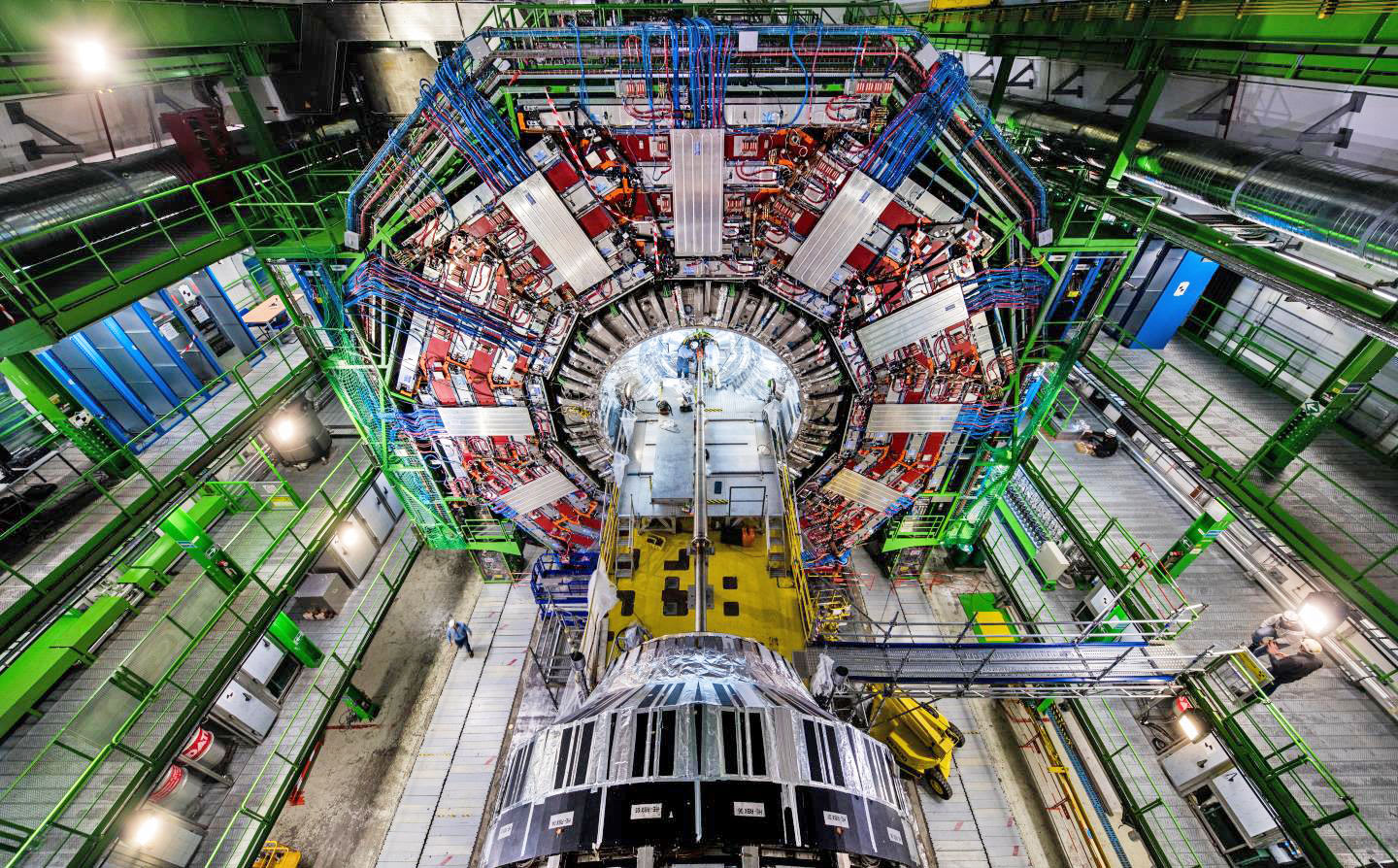 Scientists have overcome huge barriers in the past year to get us even closer to nuclear fusion, and with it a near-limitless supply of clean energy. But, what if there's something far more powerful out there? According to researchers at Tel Aviv University and the University of Chicago, there is, and it involves the fusion of elementary particles known as quarks -- the resulting energy from which would be ten times that of nuclear fusion.

Quarks (not to be confused with the alien from Star Trek: Deep Space Nine) are tiny particles that make up the neutrons and protons inside atoms. They come in six different types, with scientists referring to them in terms of three pairs: up, down; charm, strange; and top, bottom. To find out more, researchers at the Large Hadron Collider (LHC) have been smashing atoms together at high speeds. Doing so, causes these component parts to split from their parent atoms, and fuse with other particles, creating baryons.

Prior research has indicated that energy is produced when quarks bind together. By looking into one-such occurrence (a doubly-charmed baryon), the physicists found that it would take 130 megaelectronvolts (MeV) of energy to force two charm quarks together. On top of that, the fusion ends up releasing even more power, around 12 MeV.

Motivated by their findings, they then focussed on the much-heavier bottom quarks. The same binding process, they claim, would theoretically release approximately 138 MeV, which is almost eight times as much as hydrogen fusion (which also powers hydrogen bombs). Naturally, this set off alarm bells, with the researchers hesitating to go public with their findings.

"If I thought for a microsecond that this had any military applications, I would not have published it," professor Marek Karliner told Live Science. But, further calculations suggested that causing a chain reaction with quarks would be impossible -- mainly because they don't exist long enough to set each other off. Plus, there's the fact that this type of bottom quark fusion is completely theoretical.

Whereas, the researchers didn't fuse bottom quarks themselves, they claim it is technically achievable at the LHC.

Source: Nature
Coverage: Phys.org, Discover
In this article: green, LargeHadronCollider, NuclearFusion, quark, TL18FUSE, tomorrow
All products recommended by Engadget are selected by our editorial team, independent of our parent company. Some of our stories include affiliate links. If you buy something through one of these links, we may earn an affiliate commission.