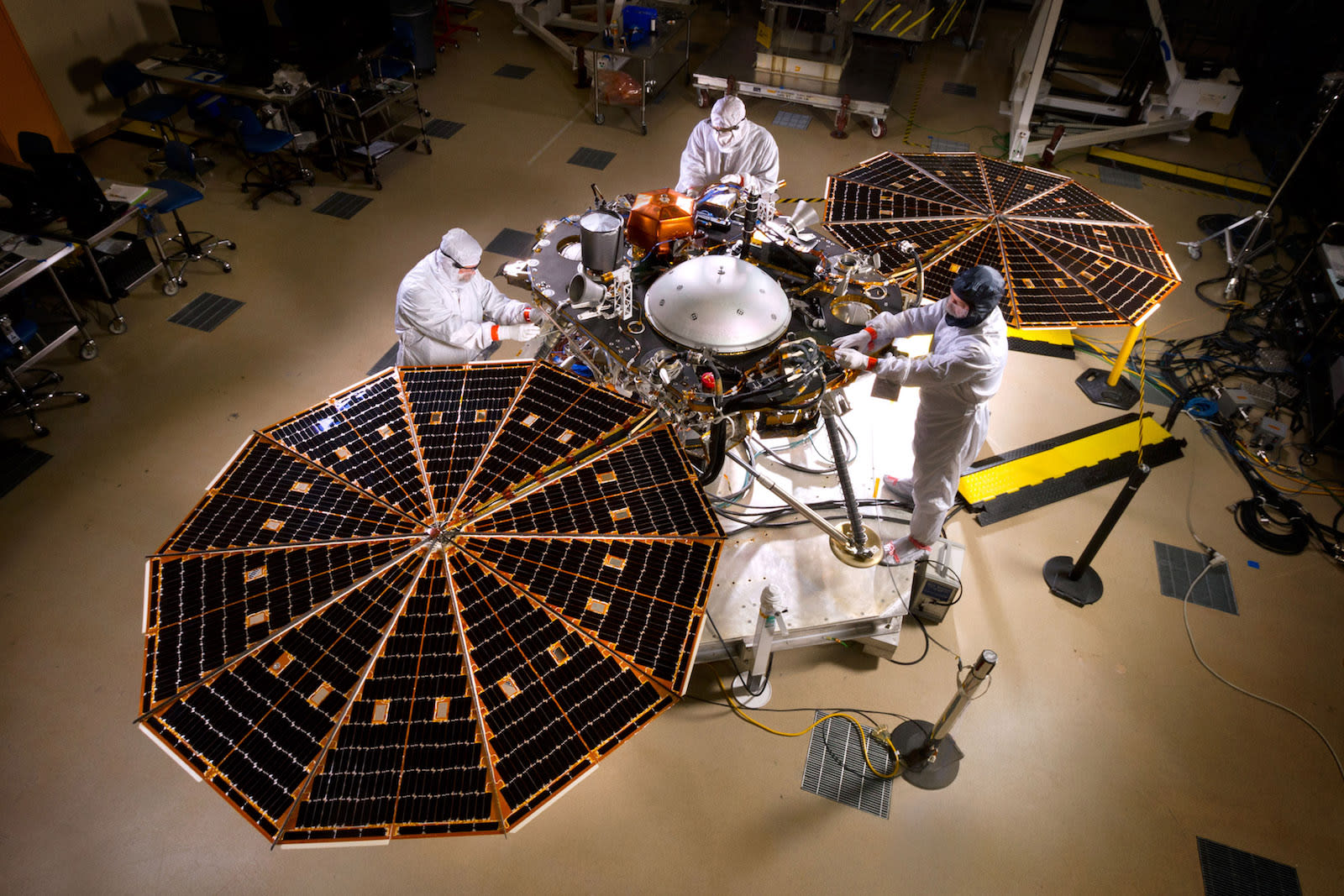 The InSight (Interior Exploration using Seismic Investigations, Geodesy and Heat Transport) lander has passed its last major environmental test ahead of a planned May 2018 launch to Mars. The thermal vacuum testing, or TVAC, lasted two weeks and simulates the harsh, stressful environment of space. "With InSight coming out of TVAC, the team has successfully completed the environmental testing phase and will now be finalizing launch preparations over the coming months," Scott Daniels, the InSight assembly, test and launch operations manager, told Space.com, which reported the news.

The lander was initially scheduled to launch in March of 2016, but due to a leak in InSight's vacuum system, its launch was rescheduled for May of 2018 -- the next time Mars and Earth would be close enough for the mission to take place. Once it reaches Mars, it will then send a probe deep beneath the Martian surface to take measurements and collect information about how the planet formed and evolved.

InSight is scheduled to launch during a 30-day window that begins on May 5th and if all goes well, should reach Mars towards the end of November. The mission will take place over one Mars year, or around two Earth years, and could be extended depending on the state of the lander and available funding.

Source: Space.com
In this article: gadgetry, gadgets, gear, geology, InsightMission, LockheedMartin, mars, MarsLander, nasa, robots, seismology, space
All products recommended by Engadget are selected by our editorial team, independent of our parent company. Some of our stories include affiliate links. If you buy something through one of these links, we may earn an affiliate commission.