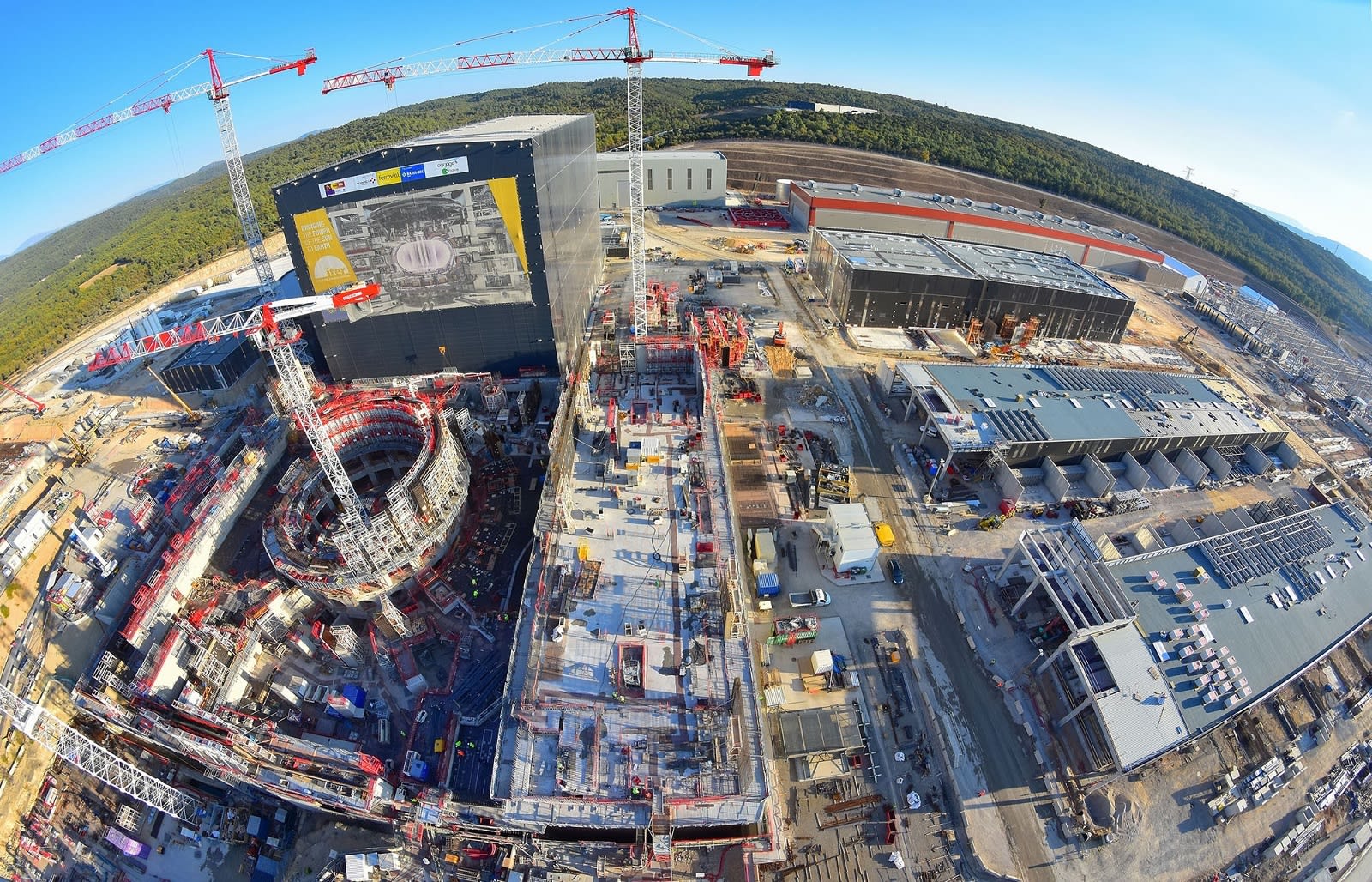 Fusion remain the ideal solution for energy woes: Limitless production with no harmful waste. Scientists haven't managed to get a functional (and productive) installation up and running, but that hasn't stopped them from trying. The biggest project is the colossal ITER tokamak fusion reactor, an international project based in France that aims to start its first experiments in 2025. Today, its handlers announced that the massive installation is halfway finished and headed toward a completion date of 2021.

ITER is the logical production of "what if we threw a bunch of money and scientists from all over the world at the fusion problem." It's funded by seven bodies: Primarily the EU, with small stakes from the US, India, China, Russia, Japan and South Korea. Construction began in 2013, but delays have led to a rough road for the massive project, leading to an inflated $22 billion price tag, ITER estimated back in March. But given that the project will attempt to replicate the energy reactions found in the sun and hydrogen bombs, complexity is expected.

Now ITER is halfway built and expected to finish construction in 2021. The installation aims to start experiments to produce fusion reactions in 2025. ITER will use a method called hydrogen fusion, The New York Times' report on the facility describes: Deuterium and tritium nuclei fuse to form helium, which will release a lot of energy that bounces around the reactor chamber and strikes its walls, which makes heat. But since the installation will only prove the concept, it won't turn it into electricity.

Eventually, standard fusion power plants will use the heat to make steam, which turns a turbine to generate electricity. That's essentially how traditional facilities produce energy, but fusion plants won't have all the irradiated waste byproducts, carbon emissions, or danger of a meltdown. ITER's scientists anticipate that fusion plants will start going online in 2040 once the concept is proved by the colossal institution.

Source: ITER
In this article: energy, fusion, green, ITER
All products recommended by Engadget are selected by our editorial team, independent of our parent company. Some of our stories include affiliate links. If you buy something through one of these links, we may earn an affiliate commission.