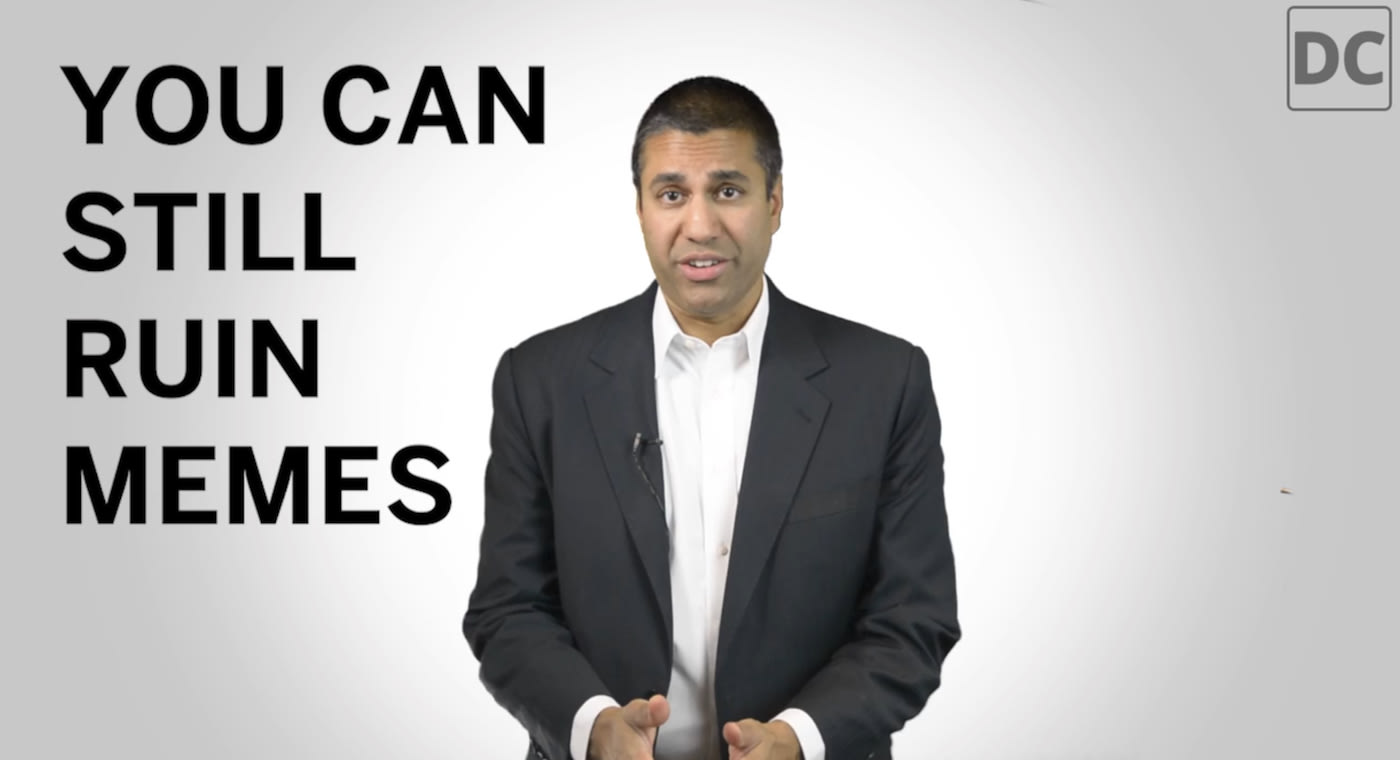 This is a bit ironic. When FCC chairman and former Verizon lawyer Ajit Pai uploaded a video this week detailing all the things we'll still be able to do after he killed net neutrality, he apparently forgot one key step: asking permission. You see, part of the smarmy and glib clip the FCC produced with The Daily Caller has EDM producer Baauer's "Harlem Shake" in it. Baauer claims he received no licensing requests for the once-viral track and in a tweet pledged that "I'm taking action. Whatever I can do to stop this loser."

In a statement to Billboard, Baauer said:

"The use of my song in this video obviously comes as a surprise to me as it was just brought to my attention. I want to be clear that it was used completely without my consent or council. My team and I are currently exploring every single avenue available to get it taken down. I support Net Neutrality like the vast majority of this country and am appalled to be associated with its repeal in anyway."

However, this could be seen as "fair use." Fair use means a portion of of a work can be used without obtaining permission from the copyright holder. The section of the FCC's video with "The Harlem Shake" is under 20 seconds long. More than that, the video could be protected by parody laws given how the admittedly un-funny clip is structured. It's all up to how a judge will interpret the case in front of them.

"A parody is a work that ridicules another, usually well-known work, by imitating it in a comic way," Stanford's Rich Stim writes. "Judges understand that, by its nature, parody demands some taking from the original work being parodied. Unlike other forms of fair use, a fairly extensive use of the original work is permitted in a parody in order to 'conjure up' the original." It's how "Weird" Al Yankovic has a career, regardless of the fact that he asks permission before writing his takes on pop songs.

So, while it might be infuriating, there's a chance that Pai didn't do anything wrong here. His actions yesterday are another matter entirely, of course.

Source: Billboard
Coverage: Stanford University Library, SF Chronicle
In this article: ajitpai, baauer, fairuse, fcc, gear, harlemshake, law, memes, politics, TL18MEME, verizon
All products recommended by Engadget are selected by our editorial team, independent of our parent company. Some of our stories include affiliate links. If you buy something through one of these links, we may earn an affiliate commission.