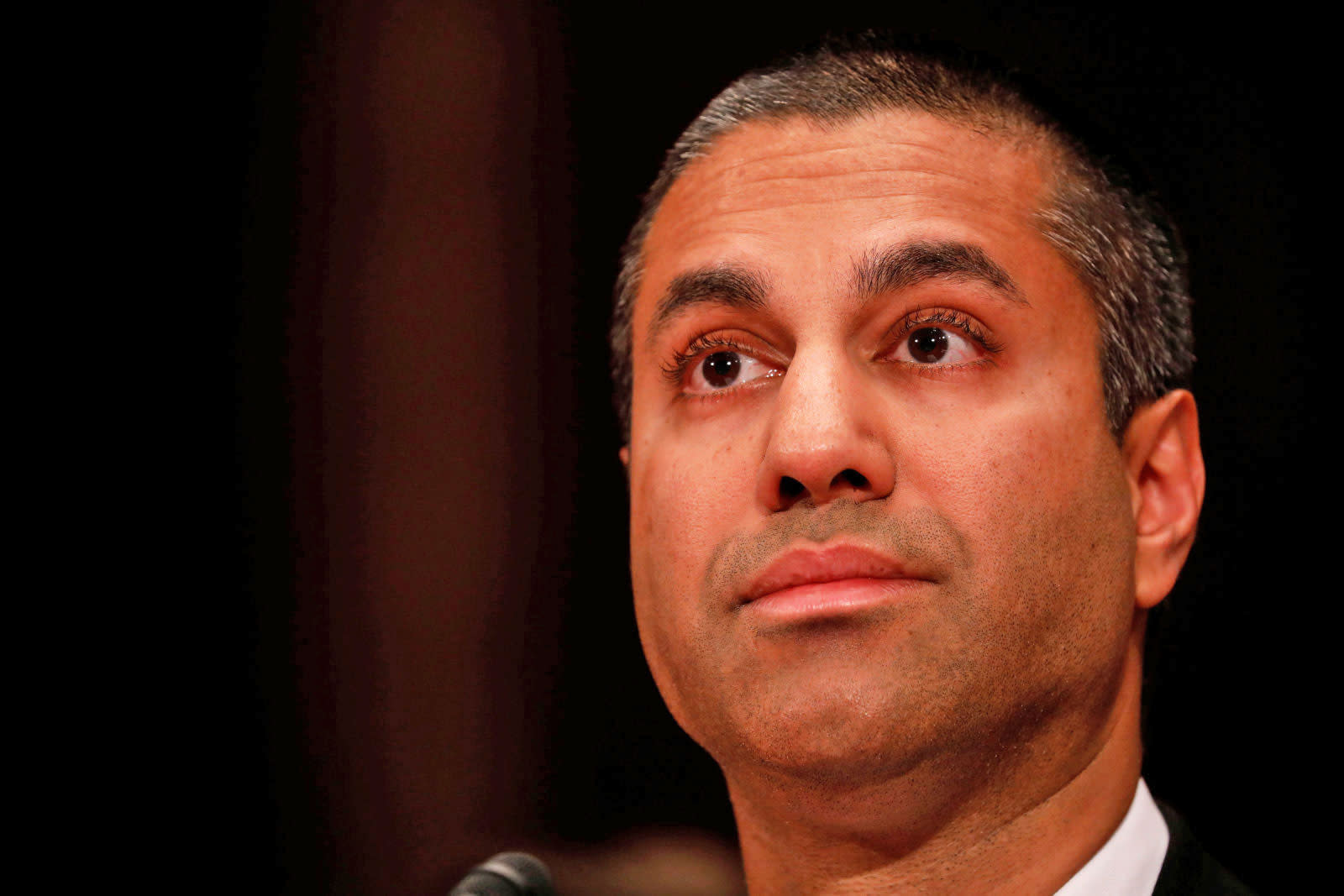 Many have accused FCC Chairman Ajit Pai of being a telecom shill between his background as a former Verizon lawyer and his determination to ignore all public input (not to mention complaints about comment bots) as he kills net neutrality. And apparently, his attempts at joking about it are only reinforcing those views. Gizmodo has obtained video of Pai trying to roast himself at the Federal Communications Bar Assocation's annual event, including a pre-recorded skit where an actual Verizon executive (senior VP Kathy Grillo) talks about wanting to "brainwash and groom a Verizon puppet" to become the FCC chairman, with Pai responding that it sounds like an "awesome" idea.

Aside from the jokes falling flat, there are all kinds of problems with the routine. To start, FCC officials shouldn't be joking about being shills. Whether or not they have industry backgrounds (like former Chairman Tom Wheeler), they're supposed to take corruption allegations seriously instead of turning them into comedy sketches. The humor fails in part because there's a painful degree of truth to it -- it wouldn't have come up if Pai weren't pursuing the exact deregulation policies that major telecoms want. And crucially, telecom executives shouldn't ever be involved. If anything, Grillo's inclusion in the skit supports accusations that Pai is on the take, since he's clearly cozy enough with Verizon to recruit one of its VPs for a gag.

For that matter, why would a Verizon executive agree to appear in a skit that makes light of corruption, especially knowing that the video might become public and damage the company's reputation? It's safe to say this is unusual even for a telecom that hasn't been shy about voicing its political stances and omitting views it doesn't like. The company appears unfazed about the connection, however, and even seems to endorse it. When asked for comment, Chief Communications Officer Jim Gerace joked that "we never knew Kathy was so funny."

Unfortunately, it's unlikely that Pai will face any repercussions in the near future. He was recently chosen to serve a second term, and his closeness to the companies he's supposed to regulate is par for the course at the moment. This just backs notions that Pai is comfortable flaunting his industry ties, and that he won't be shy about it going forward.

In this article: ajitpai, corruption, fcc, gear, government, internet, mobile, politics, regulation, regulatorycapture, verizon
All products recommended by Engadget are selected by our editorial team, independent of our parent company. Some of our stories include affiliate links. If you buy something through one of these links, we may earn an affiliate commission.